Interesting Facts and Photos of Cuddly Koalas in the Australian Bush

Koalas are not pets

As a child I often dreamt of having my own cuddly Koala . I was too young to understand that they were not animals that you could keep as a pet becauise they lived in Eucalyptus trees and eat the leaves for their food.

Koalas are mainly found in the east coast of Australia in cool temperatures and the tropics. Having said that they can only be found in areas where there is access to certain types of eucalyptus trees like the Red river, Grey and Swamp gum trees grow. Some of these trees grow up to 40 or 50meters high.

No WaterKoalas do not need to drink water as the eucalyptus leaves contain enouigh high water content and fibre although they are low in protein. Other animals will not eat these leaves because of the strong smelling oils and chemicals in them.

Spotting Koalas in the natural bush

It is not always easy to see the Koalas in the eucalyptus trees. I last saw them in the wild way back in 1966 and whenever we are travelling and see the sign saying Koalas in the area I always try to spot them.

This year while travelling south from Mackay we were very lucky. We spotted one close to the road and as there was nowhere to park we dropped our caravan off at the park and went back. Imagine our surprise when I spotted a mother and her baby. I was thrilled. The trouble was that it was a windy day and the trees kept blowing the Koalas around high up in the tree tops.

We initially spotted it in the fork of the tree where they normally sleep, but they quickly scurried up to the top amongst the leaves. And to our surprise it even jumped from one bough to another with its baby still hanging on tight. While watching the baby kept moving around on its mother either in front or on its back.  Most koalas are more active after sunset feeding on the leaves at night.

Koalas use there large sharp claws to climb up the tree trunks and are also known to move about on the ground while looking for better food. 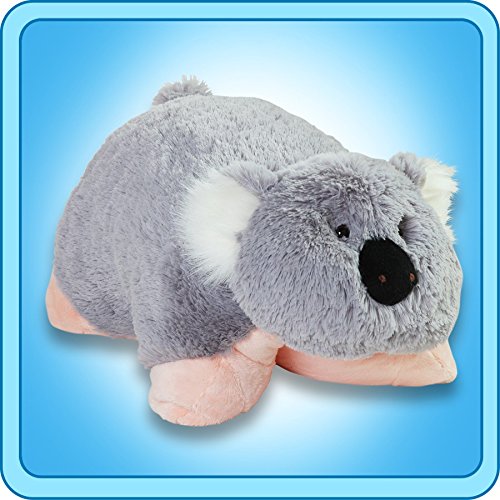 My Pillow Pets Koala - Large (Grey And Peach) Amazon Price: $49.99 Buy Now(price as of Dec 20, 2015)
Kids will love this cuddly pet pillow of a Koala. And yes it is machine washable

Female Koalas become sexually mature about two years of age although males take a lot longer to mature. They breed in the summer months. Similar to the Kangaroo a baby Koala stays in the mothers pouch for about seven months and then it leaves and climbs onto the mothers back.

When it is weaned at about twelve months it becomes more independent and often leaves its mother to venture away at about eighteen months old. Many do not survive this period in their lives.

Older females will only breed about every two years. A baby Koala is normally called a Joey or juvenile.

Koalas communicate with each other by making a grunting noise. They make a similar noise if you get too close to them especially if they have babies to warn you off. 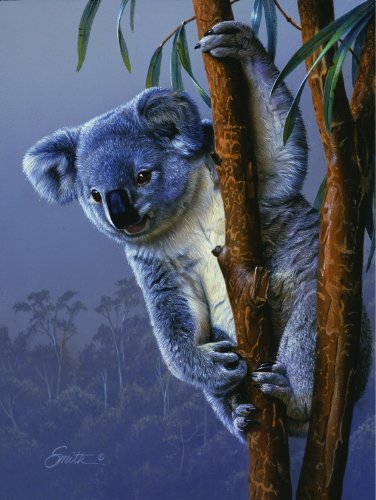 Did you Know this?

It has been estimated that as many as 4000 Koalas die each year because of dogs and cats. Loss of habitat is another cause of reduction to the Koala population through land clearing, bushfires, plus diseases and dieback which cause the trees to die.If you would like to avoid Koalas becoming another disappearing statistic then try to protect their habitat. If not they will become another extinct animal and disappear from out landscapes. 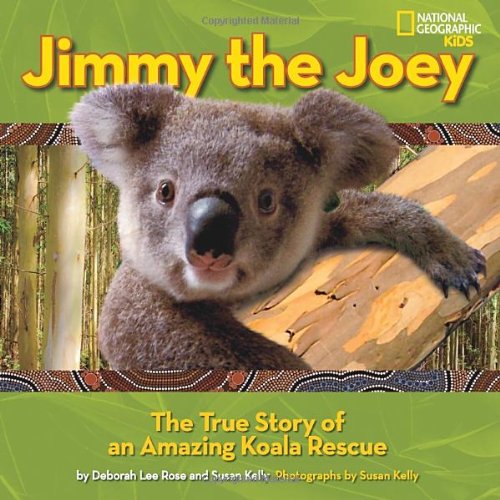 Jimmy the Joey: The True Story of an Amazing Koala Rescue Amazon Price: $16.95 $3.99 Buy Now(price as of Dec 20, 2015)
The young 4-8 age group children will love this wonderful story and great pictures
Next >> Doggy Play Pen - Keep Your Puppy Safe - Give Yourself a Break!