Into the Woods - A Sedos Production at the Bridewell Theatre, London

Sedos (Stock Exchange Dramatic and Operatic Company) is one of London's most adventurous amateur theatre companies. Their recent production of Hot Mikado! brought critical acclaim and they are now stepping Into the Woods at the Bridewell Theatre from 2nd to 12th April 2014.

Director Matt Gould tells us: "Into the Woods is a fantastic concoction... a confection even... of a number of different fairy tales that are very familiar to everybody, but with an additional fairy put in. 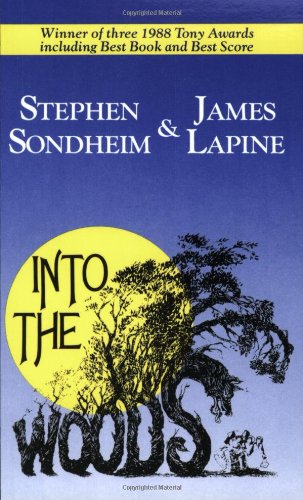 That bedtime story comes round night after night. Those special moments treasured by all parents and their offspring begin with the magical words "Once Upon a Time..." What's your favourite? Is it Little Red Riding Hood, Jack and the Beanstalk, The Three Little Pigs, Rapunzel or Cinderella and does it always have a happy ending?

Into the Woods is a multi award-winning musical fantasy with music and lyrics by Stephen Sondheim based on a book by James Lapine who takes the plots of several fairy tales, by the Brothers Grimm, and follows them through to their unnatural conclusions.

Be Careful What You Wish For

The story revolves around a childless baker and his wife. The baker, cursed by a witch, ventures with his wife into the deep forest. To lift the curse they must find four vital ingredients that the witch requires to concoct a certain potion – "the cow as white as milk, the cape as red as blood, the hair as yellow as corn, and the slipper as pure as gold". They have three days to achieve their quest. On the journey they meet the other main characters, Little Red Riding Hood, Jack, Rapunzel and Cinderella, all of whom have their own wish list. As each character gets 'everything they ever wanted' they must learn to deal with the consequences – is everything really 'happily ever after'?

A Great Night Out

As usual Sedos has its audience eating out of their hands in the first ten seconds as once again, their professional attitude shines through in this memorable performance of Into the Woods.

The production features the original 15-piece orchestration by Jonathan Tunick and strong musical direction by Ryan Macaulay presents Sondheim's distinctive harmonies and tongue-twisting lyrics at their best. The show is led by the lyrics so come prepared to listen closely.

One of the dangers for amateur companies is that they are occasionally drowned out by their orchestra. Not so in this case – sound levels are just right. One or two voices are very quiet but that just shows the contrasting nature of each character.

Steven King's set design is just extraordinary. Every inch, from floor to ceiling, of the Bridewell Theatre's performance space, has been used effectively. It's worth seeing this show for the scenery alone.

Sondheim is not an easy sing and most amateur companies would shy away from it so I take my hat off to anyone who can perform it as well as Sedos. 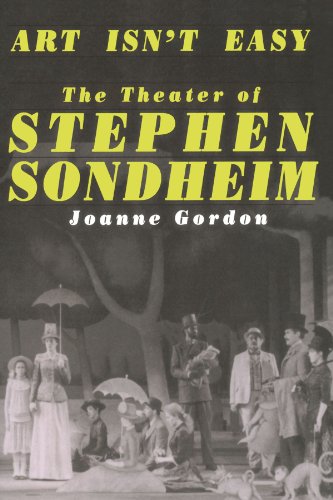 The Stock Exchange Dramatic and Operatic Society has been challenging the boundaries between amateur and professional theatre for over 100 years. With a company membership of more than 200, the society puts on a rich and varied programme, including all forms of drama and musical theatre.

Once again, their professional attitude shines through in this memorable performance of Into the Woods.

The annual Summer Festival will run from 1st to 19th July 2014 with a varied programme of one-off and short-run events, together with cabarets, workshops, a gala last night party.

Later in the year Sedos will present:

More Articles About Theatres and Acting

Infobarrel contains a wealth of useful information about theatres and acting including the following: