Follow Me on Twitter @ DebW07 and on my blogs: Introspective Pics DebW07 Do you like to write? Would you like to earn money writing articles?  Start here: Write for Info Barrel today!
InfoBarrel is a writing platform for non-fiction, reference-based, informative content. Opinions expressed by InfoBarrel writers are their own.
InfoBarrel > Entertainment > Film > Movies

Introspective Movie Review: Do You Believe?

Warning: If you have a tendency to be on the sensitive side and this sensitivity causes you to weep during emotionally-charged movies, you will probably sob like an infant while watching this film. Be sure to have at least one full box of tissues because you will probably find yourself crying, perhaps even wailing during several scenes. — That is unless you're a skeptic, and that skepticism creates a mistrust and a perception that the movie is merely a blatant attempt to proselytize. If the latter describes you, the remedy requires more than a box of tissues.

The title, Do You Believe?, conveys the not so subtle message that this film is a faith-based motion picture. As a result, the majority of moviegoers or DVD watchers will have a preconceived notion (good or bad) about the movie. These folks will make up their minds about whether they will love or hate the film before watching it. Also, many of these individuals, regardless of the fact their initial judgment was not formed or founded on proof, will stubbornly stick with their original opinion after watching the movie. If I may, I would like to make one suggestion, whatever your thoughts are about faith, treat this film as you would any other and try to reserve judgment until the end of the movie.

On the surface the question "do you believe?" appears easy enough to answer. But, for those who are quick to jump up and shout yes, would they be as enthusiastic and willing to affirm their faith in the face of persecution or death?

In the film, "Pastor Matthew," played by actor Ted McGinley, watches as an elderly man, carrying a large cross and witnessing for Jesus, confronts a group of gang members attempting to steal a van. The old man admonishes the young men about stealing and begins preaching about Jesus. The gang members laugh and tell him to leave. But the man persists with his message. One of the gang members gets upset, pulls out a handgun, points it directly at the man's face and asks the old man if he is ready to meet his Jesus. To the gang member's surprise, the man doesn't flinch; he is calm and says if it's God's will, he is ready. That event inspires the pastor to give everyone in his congregation a small wooden cross at the next church service when he preaches a sermon on "Do you believe?"

The movie tells the stories of twelve individuals, and how the small wooden cross serves as a reminder of the question do you believe? Several characters cross paths with one another, analogous to a patchwork quilt. The individual stories are the squares that make up the blocks to the colorful and descriptive narrative, which is the quilt.

The film is from the same folks that produced the surprise hit God's Not Dead. And, like its predecessor, "Believe" is filled with bold witnesses proclaiming faith in Christ. Several well-known celebrities star in the film, including Cybill Shepherd, Lee Majors, Mira Sorvino, Sean Astin, Ted McGinley, Delory Lindo, and Brian Bosworth.

The movie highlights the lives of twelve individuals. The stories are poignant, and each character's situation is compelling. One, if not all, of the stories, will tug at your heartstrings. You just might find tears welling up in your eyes and running down your face — regardless of how hard you try not to cry. 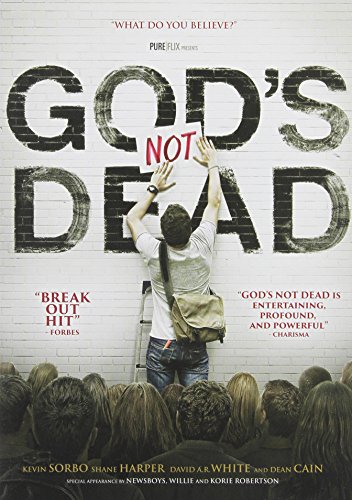 Standing at a Precipice

Every person, at some point in their lives, finds themselves pondering the question of whether they believe in God, and more specifically Jesus. For some, the question will arise through circumstances. For others the question will be quashed temporarily — but will return to consume one's emotions or intellectual thoughts.

Those who, for whatever reason, answer "no," will find themselves revisiting the question several more times before they die. Hopefully, they will change their minds prior to taking their final breath. Similarly, those who answer yes will find that the question resurfaces in several different forms. Will the answer remain the same? Hopefully.

Both the yes and the no individuals all begin at the same place. There is a yearning deep inside everyone to discover why we are here. We've all been given the same data. It is up to us to do the work, evaluate the arguments, gather as much evidence as we can, and climb the mountain of information. But once we do, we will find ourselves standing at a precipice extending infinitely down with infinite implications — the decision is one that requires faith. Some will embrace that faith and believe, while others will not. The question, however, remains the same for both . . . do you believe? 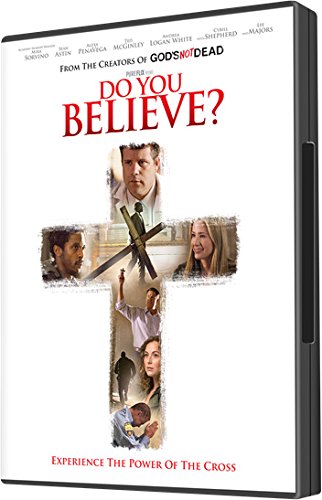 The film highlights a short but critical period in the lives of twelve individuals. It is clear that some characters have distinct issues, such as the homeless single mother, the gang member, and the war veteran suffering from post-traumatic stress disorder. Other characters appear to have a stable life, but there is an undercurrent of difficulties, dilemmas, and sadness rising to the surface day after day.

The narrative is indicative of the peaks and valleys of life. During the peak times, people often fail to see a need to seek God. However, when tragedy, illness, or the death of a loved one comes around, people need help. A number of individuals look to God for comfort and answers, and it is at these times that many “discover” God and become “born again.” But, are these professions genuine or will they fade when life becomes comfortable again? That’s the question; do you believe in good times and bad — do you live out your faith?

The question "do you believe" is simple enough, and yet it confounds even the most brilliant. The movie "Do You Believe" takes this simple question and looks at it in action through twelve individuals.