Investing in Tech Stocks: A Scientific Theory That May Force You To Rethink Your Strategy

You may be an investor, and whether you are an amateur or expert, you are probably overwhelmed with so many different types of stocks. One of the most popular types of equities out there are technology stocks.

Tech stocks are not just hard to evaluate, but are immensely difficult to invest in over long durations of time. Why is that? Simply because of fast changing paradigm shifts in many sub-sectors of technology.

If one looks at tech stocks from a scientific perspective, the industry as a whole gets even more complicated. The foundation of all technology companies are based on Moore's Law, a scientific law created by Gordon E. Moore, the co-founder of Intel Corporation. This law explains that over the entire history of computing hardware the number of transistors in a dense integrated circuit doubles around every two to two in a half years.

So far, his law has been accurate and the exponential improvement over time has dramatically enhanced the effect of digital electronics in nearly every segment of the world economy. Moore's law describes a driving force of technological and social change, economic growth, the precursor for new paradigm shifts, and overall productivity in the late twentieth and early twenty-first centuries.

To put Moore's Law into better context, one can use the analogy of video game consoles. One of the most famous video game consoles was the 8-bit NES (Nintendo Entertainment System). At the time, many software engineers and computer programmers believed it was inconceivable to create a more powerful system in the near future. Unfortunately, these individuals failed to recognize the importance of this law. Eventually, the 16-bit Sega Genesis was introduced which was followed by the 32-bit PlayStation 1. Moore's law then enabled the Nintendo 64 (a 64-bit console) and the Sega Dreamcast (a 128-bit console) to be created. As of today, newer consoles are on the market which continue to use Moore's Law as a the primary concept behind the exponential growth of bits.

In recent years, Moore's Law has been criticized by many computer programmers and microchip experts. These individuals firmly believe that Moore's Law is slowing down and will eventually come to a complete halt. Some are already seeing this in newer video game consoles, while graphics have recently been in a stagnant phase. Others believe that in the near future all microchips will reach a time where Moore's Law no longer exists.

Many of these critics will bring up another person's name to support their claim. This person is Arthur Rock, Gordon E. Moore's business partner. Arthur Rock is the other co-founder of Intel Corporation.

He is known for creating Rock's Law, sometimes also known as Moore's Second Law. This law explicitly states that the cost of a semiconductor fabrication plant doubles every four years. According to Forbes, in 2006 the cost of a semiconductor fabrication plant cost around $4 billion. Today, the cost skyrocketed to an unprecedented $10-$12 billion. Rock's Law explains how the ongoing growth of the capital-intensive semiconductor industry demands brand new capital to be injected into a technology company annually. The semiconductor industry has always been extremely capital-intensive, which ultimately limits the growth potential within the sector. In the end, this constrains the maximum amount of capital that can be invested into new products. According to many experts, at some point Rock's Law will collide with Moore's Law.[1]

There is no doubt that many people have created fortunes in tech stocks, but they may have been lucky. Historically, value investors such as Warren Buffett and others have avoided tech stocks. It may be possible that Buffett didn't want to invest in “The Next Big Fad” or maybe he heard about Rock's Law and he decided that tech stocks were just not worth the risk. 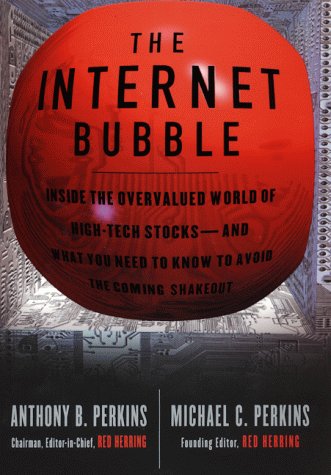