InfoBarrel is a writing platform for non-fiction, reference-based, informative content. Opinions expressed by InfoBarrel writers are their own.
InfoBarrel > Travel & Places > Places > Ireland

2013 Is the year the Irish Diaspora returns home.

We all know about the Jewish Diaspora and many Jewish people plan to visit Israel during their lifetime. The Diaspora is still ongoing, even though it started two thousand years later than the Jewish one. Many people of Irish descent have vague plans to visit the old country before they die.

In 2013 every hamlet, village and town is putting on special events to welcome back people who have their roots there.

37 Million Americans actually claim descent *. The real number with Irish ancestors is much higher than that with the inter-marriage of different religious and social groups in the USA. There can hardly be an American living who has no Irish blood.

Irish people are the largest single ethnic group in the UK and have been for centuries. There can hardly be a Briton living who has no Irish blood in him. Yes there are recognised concentrations of Irish ethnicity in Liverpool, Birmingham and London, but British people are highly mobile and people have moved on from their original English destinations and have inter-married to such an extent that you would be hard put to separate English and Irish genes.

Beginning with the deportation of Irish “troublemakers” 300 years ago and continuing today as young Irish men and women take the long flight to Australia in search of work; Australians all have Irish genes in their genetic makeup.

Ireland has never been able to provide enough work for all its citizens and emigration has always been a way of life. The human tide was briefly reversed in the Celtic Tiger years that ended with a bang in 2008. From 2003 to 2008 there was a net influx of people into Ireland, mainly to work in the construction sector from the forme Eastern European EU states. Since then Irish families have come to expect their children to move thousands of miles away as soon as they complete their education.

Irish monks took their knowledge to Europe after the Dark Ages and the flow of talent from this tiny country has been ongoing ever since.

Sometimes people need an extra incentive, even to do the things they really want to do. The Gathering is that kick that the Irish Diaspora has been waiting for, providing extra motivation to visit Home this year.

Many of the Irish Diaspora have plans to return to their roots at some point, but these plans are always far away; sufficiently far away that detailed plans are never made. The Gathering is changing some people’s vague ideas of return into concrete plans, flights booked, cars hired and phone calls made.

Memories fade and people die. Life moves on and cultural changes are inevitable. Sooner is always better than later in terms of finding people who knew emigrants’ parents and grandparents. 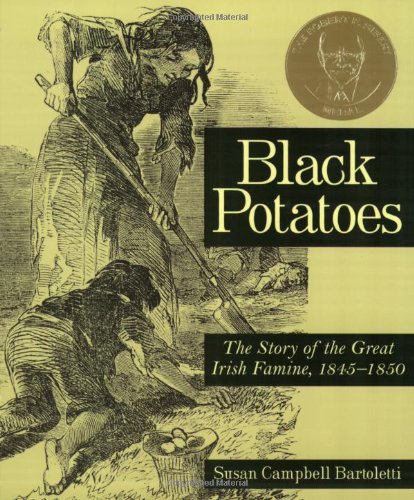 Black Potatoes: The Story of the Great Irish Famine, 1845-1850 Amazon Price: $9.95 $4.99 Buy Now(price as of May 11, 2015)
Everyone with Irish blood should understand The Famine. This book gives you the facts with human stories as well.
Next >> Top Things to do in County Cork, Ireland