Hollster
InfoBarrel is a writing platform for non-fiction, reference-based, informative content. Opinions expressed by InfoBarrel writers are their own.
InfoBarrel > Health > Diseases & Conditions

Autoimmune Disease Rates are on the Rise

It’s no secret that there seems to be an increase in the number of people who suffer from autoimmune disorders, such as: Type I Diabetes; Hashimoto’s thyroiditis; Grave’s Disease;  Diverticulitis; Inflammatory Bowel Disease; Scleroderma;  Multiple Sclerosis; Rheumatoid Arthritis; Allergic Reactions; Psoriasis; Celiac Disease; Fibromyalgia; and Systemic Lupus Erythematosus (SLE) (please don’t be offended if I’ve left your disease out of the list; there are more than 80 known autoimmune diseases, so we’d be here all day). Our immune systems are failing to attack the real enemies. Our immune systems must obviously be confused if they are mistaking our own body parts, or systems, as the enemy, but why are they doing this?

Is Masking Our Symptoms Making Hurting Our Health?

No one really knows exactly what triggers our immune systems to shift into hyper-drive when it mistakes a friend for an enemy…maybe our body’s natural defense mechanism is evolving to fight the 2nd leading cause of death, cancer (this includes all cancer types)[1], so that we will survive as a species. Who knows?

While exact causes of autoimmune diseases are unknown, we are treated with drugs to suppress or mask our symptoms so we can function day-to-day. It seems to me that treating one problem with a drug typically results in another problem. For example, a friend of mine had 3 close family members that were prescribed an immunosuppressive drug to treat the same autoimmune disease in each person; while no one in that family was ever known to have had cancer before, each person consequently died of cancer in a relatively short period of time after starting the immune system suppressing drugs. While I realize that some of my examples in this article are purely anecdotal, I’ve read that a well-functioning immune system is designed to recognize and kill cancer cells before they become a problem. Are we allowing cancer cells to blossom when we suppress our immune systems?

Why Should We Care About Autoimmune Diseases as Whole Society?

If you’re an autoimmune disease sufferer, I’m sure you’ve also read countless, differing theories for why our immune systems are going haywire. In my family, 6 close family members over 3 generations have been diagnosed with the same autoimmune disease…so, naturally, we’re all told that genetics is partly or wholly to blame. While this appears to be the case, I refuse to accept it because I want to know what we’re doing as a society to cause our genes to mutate like this so we can stop doing it before we have a future society of mutants living in excruciating pain or before we have no future at all. This isn’t a little problem. This is a big problem that is slowly creeping in and taking over our bodies. In 2005, the National Institutes of Health’s Autoimmune Diseases Coordinating Committee reported to the U.S. Congress that “[w]hile many of these [autoimmune] diseases are rare, collectively they affect 14.7 to 23.5 million (5 to 8 percent) people in this country, and – for reasons unknown – their prevalence is rising”[2].

I propose that we look at this issue as a whole autoimmune disease issue; not to focus only on the small subset diseases. I think that we possibly aren’t seeing the forest for the trees, in this case. While we have walk-a-thons and other fundraising events to raise awareness and to help find cures for very specific autoimmune disease subset, many people have more than one autoimmune disease at a time. I believe there’s probably a common root cause that’s bigger than just our immune systems choosing which parts of our bodies to focus their attacks on. Maybe our immune systems are lacking something very important in order to function properly.

What If the Solution is Just That Simple?

Here’s another little anecdote that I’ll share with you that caused a light bulb to switch on in my brain: someone close to me experienced hair loss in strange places, was substantially underweight, and had low thyroid function results, which did not make sense because a person with a low functioning thyroid would typically be overweight; Grave’s disease was suspected by the doctor and Hashimoto’s thyroiditis is highly prevalent in this person’s family. Further testing showed a Vitamin B12 deficiency. Even more testing revealed that this young person has a gene mutation (Heterozygous A1298C Mutation); this mutation prevents the body’s cells from absorbing Vitamin B12. A simple enzyme supplement and larger doses of B12 helped the hair to grow back and this person began to gain weight. New thyroid labs are still pending.  Now, I am not a medical professional or a scientist…just a health-enthusiast geek who likes to read medical journals and studies just for fun once in awhile. Like many of you, I’m just a person who is searching for answers. Why are we so sick, as a society? 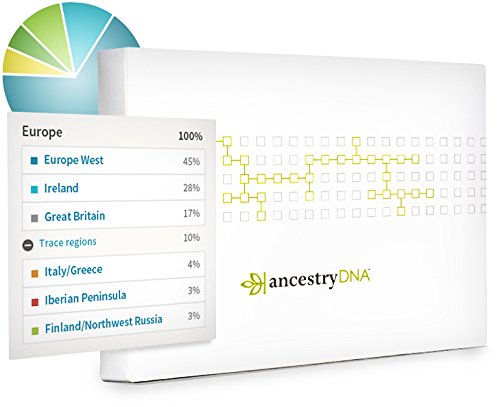 I’d like to pose a few questions for all of us to ponder…just to stimulate conversation about autoimmune diseases as a whole entity and to think about possible root causes:

I began to wonder how common this B12-limiting Heterozygous A1298C Mutation is and many people might have it. I wasn’t able to find a clear number for how many people specifically have the Heterozygous A1298C Mutation, but, according to GB HealthWatch, if we include the other most common genetic mutation that limits B12 absorption, C677T Mutation, it is estimated that anywhere from 13% to 57% worldwide, depending on which ethnic group, carries one of these genetic variants[4]. Furthermore, I began to wonder how many people in our United States, in general, have a B12 deficiency. According to McBride of the United States Department of Agriculture (USDA), a study revealed that 39% of the tested subjects showed a less than ideal level of B12 in them[5].

Now, that is a lot of people! Symptoms of a B12 deficiency may be so subtle and increase so gradually over time that we may not notice them for many years. B12 deficiencies can be attributed to multiple causes, such as: a genetic mutation that limits, or prevents, absorption; a diet that lacks B12; or medications that interfere with B12 absorption. 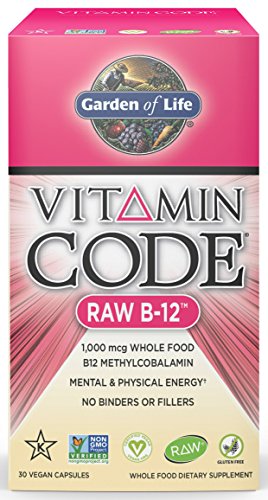 As newer studies are gradually revealing a significant connection between certain autoimmune diseases and a Vitamin B deficiency[6], maybe this will mean that it’s within our grasp to prevent further progression of lifelong immune disorders by simply finding out if we have a Vitamin B deficiency and what the cause of it might be. It also wouldn’t hurt to eat whole, raw non-GMO and organic fruits and vegetables and to limit our consumption of processed foods (cooking and reheating food causes about half of the B12 to be destroyed[7]).

While I hate to subscribe to a modern-day, hippie-type label (I don’t really like labels, in general), my ‘ah-ha’ moment that made me wonder if there is a correlation between autoimmune diseases and B12 deficiency caused me to re-think the way I live my life a little more. Maybe I’ll use more natural, less toxic cleaning solutions, shampoos, and body washes. Maybe I’ll try to eat more fresh vegetables and fruits. I hope you do too. 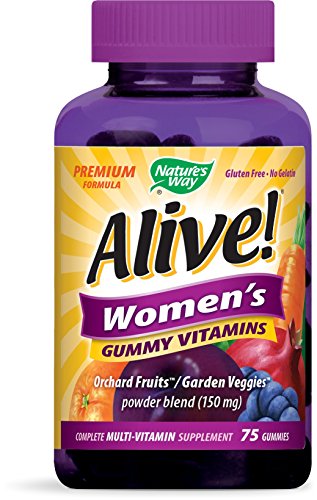 Nature's Way Alive! Women's Gummy Vitamins Amazon Price: $19.99 $10.49 Buy Now(price as of Nov 20, 2016)
My absolute favorite multi-vitamin. I've tried all of the major brands. This one was recommended to me by my personal trainer and I definitely feel the difference with this brand! 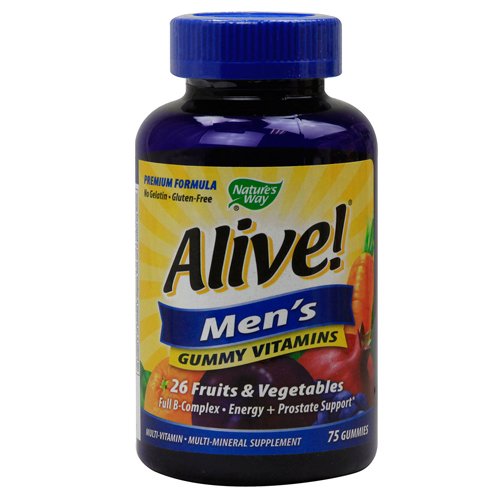