Is a Gopro Camera Worth Buying?: the Down Sides They Don't Tell You

Shock proof, water proof, explosion proof, and basically me proof, the Gopro camera has many features that well…. Impress the hell out of me honestly.

I have used almost every model of the Gopro camera since they have started coming out.  None of which have ceased to amaze me.  As time went on though, it made my mind wonder about the claims that they had behind these cameras.  As  they began coming out with new models, I decided to put the durability of this camera to the test.

During my time in Southern Australia I decided that I would throw my camera off of an ocean side cliff in order to see if the camera would come out alive and functional in the end.  If the camera could pass this test then I figured it would be more than enough seeing that if it took a fall like this while attached to my head, I wouldn’t be around to care if my camera had broken anyway.

Long story short, the camera was fine.  After a near 200 foot drop onto jagged reef and rock, the camera maintained the ability to record and transfer video files to my computer.

I have used my cameras surfing, scuba diving, snorkeling, rafting, bmx racing, caving, and many other various random adventures.  I must say, that I would highly guarantee its purchase if you are looking for a camera to bring about in the extreme elements.

A few things that I did notice however that made me question the quality. . . . Especially at first.

The fish eye picture just gets annoying after a while.  Not only does it make you dizzy when watching fast motion shots, it takes slower scenic shots out of scale and proportion.  This was a cool feature at first but quickly became sickening to me.  I soon wanted something different.  Gopro did counter this dislike by getting rid of the fish lens after the initial models, or at least making conversion kits in order to do so.

Initially I only had one camera at my disposal.  If I were to go out caving or exploring I would make 100% sure that I would leave with all of my equipment and my camera gear fully charged.  It seems however that on long adventures and trips that my Gopro camera’s battery life never seemed to cut it.  I missed an absolute incredible amount of shots that I wish I had gotten simply because the battery life on the camera seemed to be an absolute joke.

I later found out that the company did release a battery pack extension which I would recommend buying if you are to be out for a while taking shots and videos.  The size of your memory card doesn’t matter if your battery life doesn’t last long enough to even fill it up.  Also beware however that the battery extension pack does take away some of the nimble attributes of the camera and makes it a bit more bulky that is normally ideal.  But hey…. It beats the hell out of a dead camera.

During some of my caving adventures I was disappointed to realize that all of the shots that I had taken in dim to low light environments were absolutely pitch black.  Even though they claim low light capabilities,  almost no amount of practical illumination provides this camera with enough light to capture dark pictures or video.  I have yet to see any features, applications, or extensions that cater to this problem.  So if low light application your specialty, look elsewhere.

Overall though, each of the Gopro models have provided me with excellence.  If you are looking for a camera to take anywhere that a normal camera shouldn’t be, I would highly recommend this camera based on my countless uses with each of the various models.

While these are just 3 things that pointed toward my dislike of the camera, these were seriously the ONLY three things I could find that I didn’t like about the camera, two of which have been solved with accessories and newer model designs. . . . . While I am just an amateur cameraman and an expert by no means, this camera has done almost everything I have asked of it and more.  You will not be disappointed.

(And you dont need to buy the Black Edition in order to get what you are looking for as an amateur.  The older models suh as the White work just fine to be honest with you and may fit into your budget range a bit easier.  The Black is pretty sweet though. Check out its features below.) 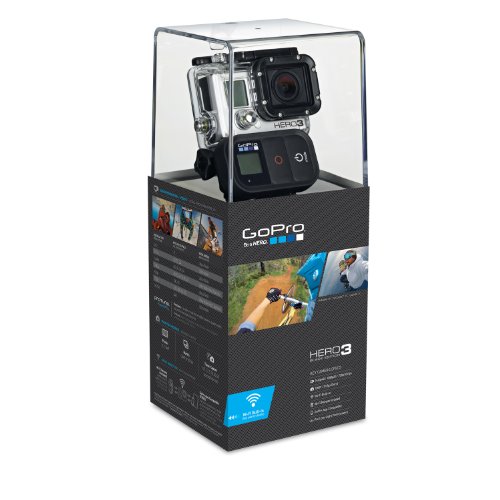