As a psychologist I enjoy observing and writing about the quirk that is around us every single day – my own included. My current obsessions include finding ways to support my love of eating out while dining for less (see Dining on a Dime in 2013: One Secret to Dining for Less), and poking fun at myself and the current eating out culture. To help me make better choices when dining out I check out my copies of Eat This, Not That!(written by David Zinczenko and Matt Goudling). More about me: http://www.infobarrel.com/Users/KimChaos
InfoBarrel is a writing platform for non-fiction, reference-based, informative content. Opinions expressed by InfoBarrel writers are their own.
InfoBarrel > Lifestyle > Food & Drink > Restaurants

Is the Golden Corral the Entrance to Heaven?

Is the Golden Corral Restaurant Really Just a Front for the Entrance to the Pearly Gates?

It must be because that is the only thing that explains what I saw last week when passing by a recently opened Golden Corral buffet and grill restuarant. There was a line of people wrapped around the building on one of the coldest days of the year. I’m talking 19 degrees cold. 50+ people. Waiting. In line. Outside. In the freezing cold. For a buffet. In addition, there were dozens more crammed inside the front doors, waiting. I guess they were the lucky ones. At least they could see and smell what awaited. On the other hand, perhaps being so close, yet so far was more torturous than waiting outside. I’m not sure.

Credit: Kim O.The one thing I WAS sure of is that I HAD to know why so many people were flocking to the Golden Corral and willing to risk hypothermia for an all you can eat buffet. I mean it’s a buffet! What happens when you are deemed worthy enough to be seated? Are you and your party transported to your table on a magic carpet? Are your winter woolies transformed into spa robes where you recline on your chaise lounge while being served only the finest ambrosia? What?

I simply could not understand what the hype was about. I have never eaten at the Golden Corral and tend to eschew all you can eat restaurants in general because, for one, they encourage people to overeat. (I once witnessed a woman load her plate up with about a pound of bacon and proceed to eat it all by herself. I was simultaneously amazed and revolted.) The second reason is they just aren’t that good. Yes, the food is plentiful. Yes, there are 82 million options. Yes, you can eat all that you want. Yes, if you get to the buffet when it is fresh it looks inviting. But that doesn’t make it good. No matter how yummy a buffet has looked, inevitably I have been disappointed with the quality and taste. And honestly, how can it be good?  It is massed produced, it sits on warmers, and to be truthful, sometimes watching a ton of people hovering over the food “playing” with it skeeves me. Sure, there are healthy food options like fresh fruit and steamed veggies, which is awesome because that is EXACTLY why people are lined up outside in sub-zero degree temperatures waiting to get into the Golden Corral, right?

RELATED: Warning! Food Companies are Gambling with Your Life

After witnessing the long line, my husband and I, I am ashamed to admit made derisive comments. We realize now that these were brave soldiers fighting their way into the Golden Corral so that one day, with any luck, we could walk right in without waiting. For a good twenty to thirty minutes we talked about the long line and looked at the pictures I took of the people bundled up outside. We went online to look at the menu and the nutritional stats. We read online reviews from people who made statements about their mouths watering and how ecstatic they were to have a location so near, as they would no longer have to trek 90 minutes (!) to get to one as they had been doing. We called my parents and they laughed along with us. We shook our heads and marveled and what people were willing to endure to get into the Golden Corral buffet. Then I turned to my husband and said, “Um. So you wanna go?” Before I could get the last word out, he had already replied, “Yep.”

So we made a plan to visit. But because we’re smarter than everyone else, our plan included two things: not waiting in an obscenely long line, and not paying full price. Easy Peasy. We would go during the week instead of the weekend, in between lunch and dinner, say at 2pm. The price of a Golden Corral weekday buffet lunch is $8.19 (at the time of this writing). The dinner price, which isn’t bad is $11.29, but saving a few dollars by eating during lunch is always good. Alas, as hard as I tried I could not find any Golden Corral coupons. As I understand it, Golden Corral restaurants do not offer chain wide coupons, although local establishments may if they wish. While I was disappointed that our cheap eats could not be gotten for even cheaper, I was ready for my belly fill.

RELATED: Dining for Less at Bucca di Beppo With or Without a Coupon

Feeling superior, we embarked upon our six-mile journey to the promised land, anxious and excited about the out-of-body experience we were sure to have at the Golden Corral. We rounded the corner and it came into view! A line of people! Waiting outside! In the cold! On a weekday! For-a-buffet! So what did we do? We took more pictures and went back home.

Credit: Kim O.I have to admit that seeing that many people in line has been the best type of publicity that the Golden Corral restaurant could have received to piqué the curiosity of a buffet skeptic like me. It has made me rethink some things. Maybe I am wrong about buffets today. After all, it has been a long time since I have eaten at one. I mean, a family of six exiting the Golden Corral each holding a huge puff of pink cotton candy can’t be wrong. Can they? Probably, but I'll be going soon anyway.

What do you think about the Golden Corral Restaurant or buffet restaurants in general? Do you have a favorite? Let me know in the comments section. 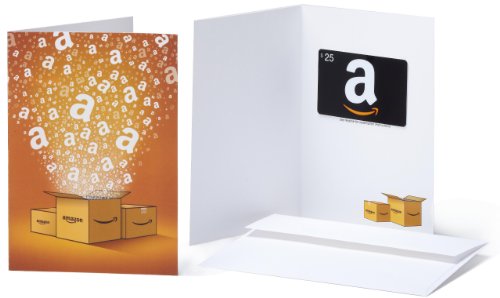