Greetings! I'm Angela Parker, a novelist from south Texas. I enjoy meaningful prose and entertaining fiction. I love to take a fanciful yet informative path in my work at every opportunity. ~A.D. Parker~
InfoBarrel is a writing platform for non-fiction, reference-based, informative content. Opinions expressed by InfoBarrel writers are their own.
InfoBarrel > Lifestyle > Education

Is the Human Race Regressing?

Incidents on social media suggest that we as a whole are progressively more ignorant with every passing year. What bothers me about these incidents is that they happen on the internet. All that is required to learn something new is a short phrase into any number of search engines. The mildly tricky part is picking a reputable website, but once you do, all it takes is a click and these websites correctly give the answer to any question with a known answer.

No matter how hard I try, I cannot wrap my mind around the reason why in a world where we are making scientific, mathematical and economical leaps and bounds there are people that still think Earth is 2015 years old. 1 If the Earth is 2015 years old, then how did those pesky 66 to 68 million year old Tyrannosaurus bones get there?2

Thankfully, many people are just as appalled at this revelation as I am.

My concern could very well be unwarranted. I know that there are hundreds of thousands of people in the world making groundbreaking discoveries. There are millions of happily average people making varying degrees of contribution to society. Then there is a portion of folks out there potentially bringing the whole of humanity down a notch. Everyone has their moments, but it seems like some do not even try!

I once read somewhere that it takes twenty good impressions to erase one bad impression, and I have never forgotten it. I hope that is what is happening here. In my opinion, twenty amazing things going unnoticed because one person said that the world was 2015 years old is much better than the alternative, which would be the decline of intelligence across humanity.

Because I was curious, I used one of those handy search engines and looked it up. I learned that people who are more intelligent are having fewer babies, which should lead to a decline in IQ.3 I also learned that intelligence changes, without necessarily increasing or declining.3

The controversy remains though, some studies are showing a decline4 while others show increases and I for one choose to believe that we are growing more intelligent and that social media just makes the less intelligent more noticeable. Of course there is also the possibility that an individual intends to be noticed, and if no publicity is bad publicity, well then that could be considered a smart move. 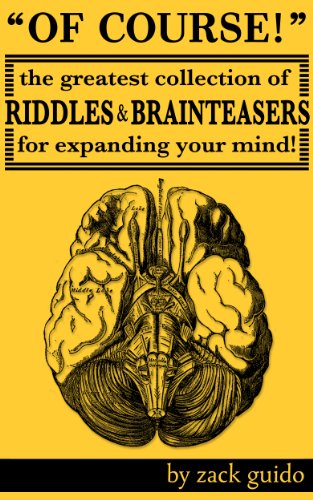 Of Course! The Greatest Collection Of Riddles & Brain Teasers For Expanding Your Mind Amazon Price: Buy Now(price as of Jun 13, 2016)

If the electricity went out my mother could cook an entire meal over the fire in the fireplace instead of using the electric stove without sacrificing quality at all. She was a wonderful cook. Me, well if all I had was a fire I could roast some tasty marshmallows. I do not personally know more than a handful of people who could thrive without running water and electricity, which did not exist as we know it even a mere century ago and while we still have the knowledge as a whole I rather doubt that we would move backwards.

So is society as a whole regressing? I don’t think so. I think that with our lives becoming more public we just have a greater opportunity to see people on their worst days.