As a student of the liberal arts, I enjoy literature, history, and the humanities. As the founder and general manager of the startup tutoring company, Stopwatch Sessions, I attempt to share this passion with others. Check out our website here. Like Info Barrel? Sign up here.
InfoBarrel is a writing platform for non-fiction, reference-based, informative content. Opinions expressed by InfoBarrel writers are their own.
InfoBarrel > Lifestyle > Philosophy > Ethics

What is the best way to live and how can we achieve it? This question has plagued generations of humans since the years of the first major civilizations. In his book Ishmael, Daniel Quinn gives his philosophy of how humans should live through the narration of a giant telepathic gorilla named Ishmael.

He offers unbiased observations of modern culture to assist his student in realizing the truth about the nature of the two major types of cultures of the world. These include the Takers which are people of modern society and Leavers who are the people of hunter-gatherer societies. Ishmael urges people to observe the natural world for answers. Ishmael suggests that through careful observation of the natural order of the world, people can realize they should live as passive residents rather than rulers.

Natural Law as the Source of Knowledge

Ishmael argues that genuine knowledge comes from an understanding of natural law. Because laws are universal, they apply to everyone whether or not an individual is informed. Like a society, nature also possesses laws that carry harsh punishments for those who violate them. After he explains Taker mythology, Ishmael cites the law of gravity as a natural law that all are bound to in his aircraft analogy.

Taker culture is represented by an aircraft pushed off a cliff that does not follow the laws of aerodynamics. During the free-fall, the pilot, representing the people of modern culture, has the illusion of success. This represents a seemingly prosperous society. Although it is possible to build a craft that follows natural law and is able to fly, the Takers were unable to do so. They see other abandoned crafts at the bottom of the cliff such as the ruins of the Mayan civilization and cannot understand why anyone would abandon them. Eventually, continual denial leads to the catastrophic end of the flying machine representing modern culture as the aircraft meets the bottom of the cliff.

Specifically, Ishmael refers to the way in which modern societies encourage an unhealthy population growth by attempting to feed the world with an over-production of crops. These crops not only drain the soil of nutrients but feed a population increase which in turn consumes more natural resources, such as oil, than the environment has to offer. The population then out-grows its food supply and thus starts the cycle of increased farming again. Ishmael suggests that the law of nature only allows for a society to safely grow enough food for itself. In short, because modern cultures like the United States do not live in accordance with natural laws, such as cultivating just enough to survive and preserving natural resources, the world will eventually come to a grim end.

Ishmael urges people not only to understand the concept of natural law but also to live by it as members of the ecosystem rather than rulers of it. From his outsider’s perspective, Ishmael is able to recognize that although man came into being by following natural order, he has somehow taken his life into his own hands and denied natural order.

Before he begins explaining the Leaver story to his student, Ishmael explains how man evolved, “Pre-man evolved into early man because he didn’t take himself out of the competition, because he was still in the place where natural selection is going on.” The argument Ishmael puts forth is that creation should not end with man, and natural selection is the only way mankind will continue to evolve into something greater. However, man has denied natural selection and therefore can no longer develop into a more advanced species.

In addition, as he describes the actual origin of the Biblical Creation story to be from the Leaver perspective, Ishmael explains examples of how Taker culture violates natural order. Ishmael describes the relationship between predators and prey as random but just. He argues that the gods, after eating of the Tree of the Knowledge of Good and Evil, developed a way for the natural world to work systematically. He states that man ate of this same tree but instead of gaining actual knowledge, he gained the illusion that he knew good and evil. This explains where Takers got the idea that they should put themselves above other species and out of natural selection. 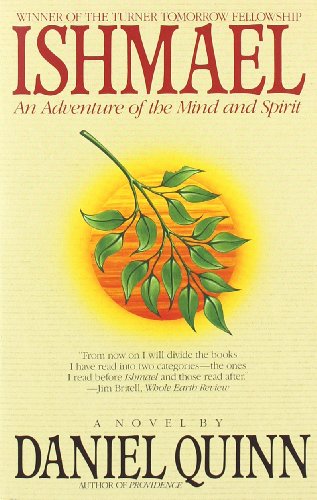 Nothing New Under the Sun

In Ishmael’s arguments about natural law, Quinn is not developing a new concept but reiterating an old one. Plato was the first major philosopher to distinguish natural law from cultural relativism. The former he named physis, the latter he named nomos. Melchert explains, “For instance, it is part of the way things are that taking an ounce of strychnine will, unless immediate remedies are taken, cause one to die. It is not possible to swallow an ounce of trychnine, take no remedy and continue to live. The connection between taking strychnine and death is a matter of physis. It does not depend on our decisions.”

Ishmael would state that Taker culture is like a man who took an ounce of strychnine, a deadly poison, and believes that optimism alone can save him. This is analogous to a manufacturing company arguing that dumping toxic waste will not negatively impact the environment because of a few extra safety regulations. Human influence cannot change the laws of nature.

Although Plato recognized trends in nature, Galileo was the first thinker to define and understand their mathematical properties. He discovered that objects fall at a constant rate of speed regardless of their masses and that planets follow predictable paths around the sun.  Because man is nothing more than a natural component in the world, it becomes clear that man must be bound to not only laws of physics, but also laws of behavior. Since even the largest planets in the universe seem to follow predictable laws, Ishmael would argue that something so minute as mankind would also be bound by law.

Although people of Taker culture cannot control their initial circumstances, they can lead a life of respect for the natural order. Also, the Buddhists have an understanding of natural law called Karma. This is the idea that a negative action in the present will create a negative reaction in the future. Much like Newton’s third law of motion, Karma acts as an unbiased reaction to earthly events. Ishmael seems to embody this law when he gives his account of the creation story in which man claims to know the truth when in reality he is blind.

Ishmael makes the Buddhist claim that all beings suffer, and humans cannot understand the reasons beyond the fact that the gods planned the order. Because things are beyond his control, man must accept the natural order. Denial of this only leads to more suffering. 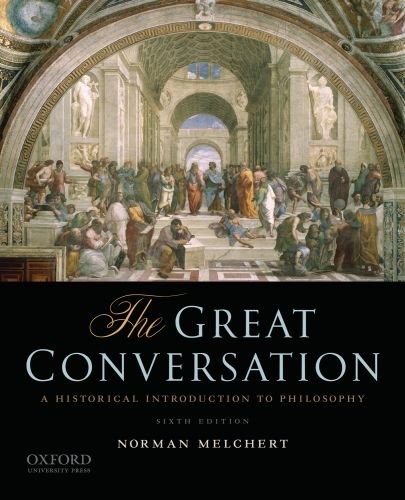 Like eastern thought, Ishmael’s presentation of the concept of Natural Law is logical because it provides an ordered and scientific explanation of the natural world and why certain aspects of it are un-changeable. When traveling in a foreign country, one is subject to its laws even if that person is ignorant of the law. This holds true in the realm of natural law.

People have always been subject to disease and death but did not understand the causes until the advent of modern science. The aim of the sciences is to quantify, predict, and manipulate the world to attain a better quality of life. In order to do so, scientists must first understand the laws that govern natural processes. Without such laws, medicine would become a superstitious guessing game as it was centuries ago. It then follows that the way cultures live should have a certain order that if violated, will bring about an end to those who violated the order.

Since there are only a limited amount of nutrients in a given area of land, over-farming of that land will rob the land’s ability to produce at all. This was the case in the American Midwest during the 1930s when farmers over farmed and did not let the land rest causing the Dust Bowl to cover the entire region. Famine and desolation followed because of these farmers’ failure to understand that the land must rest between crop seasons. Theoretically, the world only has a certain amount of natural resources and society must understand this in order to prevent the disappearance of these life-giving sources.

A Question of Morality

Although living in accordance to the natural order is thought provoking, it is impractical and impossible for an advanced society to do so. Agriculture has become necessary to support the concentrated population in the cities of modern societies as well as third world countries.  Ishmael’s solution to preventing an end to the world is to stop cultivating an excess of crops to feed this population. Because these people would not be fed, they would die and decrease the world’s population. This in turn would alleviate the strain on natural resources.

This solution is analogous to a doctor curing an illness by killing his patient. Although the world is being destroyed by the ever-growing human population, Ishamael’s solution is problematic. Furthermore, people are no longer willing to live in the hands of the gods. People of modern culture are willing to fight for their lives and could not merely accept death especially when it can easily be prevented. Since many people do not even believe in a god as a divine being, they certainly would not allow themselves to live at the mercy of one.

As a result, Ishmael’s method not only secures the future of the earth and the human species, but also helps people to understand the concept of God. Humans must now gain a more complete understanding of the world, if we hope to secure the existence of future generations from the destruction of the past generations. 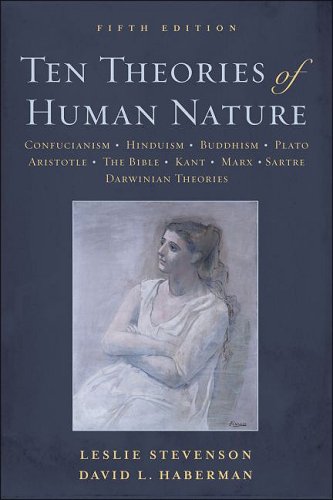