American-born artist James Abbott McNeill Whistler (1834-1903) made many visits to London between 1859 and 1903.  The installation showcases more than 70 scenes of Dickensian London as well as portraits of Whistler and his patrons.

Items have been loaned by a number of international institutions including the V&A, Tate, the British Museum, the Hunterian Museum & Art Gallery, the Metropolitan Museum of Art, Colby College Museum of Art, Museum of Fine Arts, Boston, National Gallery of Art, Washington DC, the Art Institute of Chicago and Musée d’Orsay.

James Whistler was born in 1834 in Lowell, Massachusetts. After failing to graduate from the West Point military academy he went to Paris to study painting under Swiss artist Charles Gleyre (full name: Marc Gabriel Charles Gleyre, 1806-1874).

He took up residence in London in 1859, where many regarded him as a 'dandy'. Many of his contemporaries regarded his work as controversial. In particular, in 1877 the critic John Ruskin reviewed Nocturne in Black and Gold: The Falling Rocket, in his publication Fors Clavigera. Whistler, according to Ruskin, was guilty of ‘flinging a pot of paint in the public’s face’. The artist retaliated by suing the critic. He got little in the way of damages, but did have the satisfaction of scoring a moral victory against John Ruskin. Following the libel action Whistler lived abroad for several years, returning to London at different times until his death in 1903. He is buried in St. Nicholas’s Church, Chiswick.

An American in London - Highlights of the Exhibition

An American in London features 14 etchings from the Series of Sixteen Etchings of Scenes of the Thames (1871). The series includes Rotherhithe (1860) and the closely related Wapping (1860-64) together with 15 of Whistler’s paintings of Chelsea and the Thames River. Also on display are 35 prints plus ten rarely-shown drawings as well as watercolours, pastels and oil paintings such as the Nocturnes: Blue and Gold – Old Battersea Bridge (1872/1873) and Brown and Silver: Old Battersea Bridge, (1859-1863).

Whistler was particularly fascinated by Battersea Bridge. It featured on a wall in his Chelsea home, on a folding screen, and in numerous drawings, etchings, lithographs, lithotints and paintings. The old timber bridge dated back to 1771-1772. It was closed to traffic in 1883 and subsequently replaced by Sir Joseph Bazalgette's modern bridge in 1890. 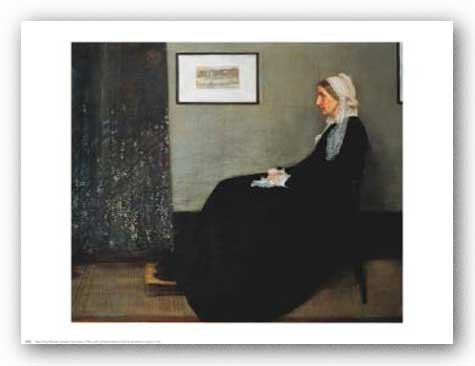 Wapping shows a young woman, believed to be Whistler's mistress, Joanna Hiffernan, sitting with two male companions. These strongly drawn characters are placed in the foreground and behind them life on the Thames goes on as usual. A steam vessel, various masted sailing ships, plus a number of barges and smaller rowing boats pass behind the friends. Smoke rising from a tall chimney stack reminds us of the industrial life close to the Thames. Whistler gives us an historical snapshot of life on and around the river. In the 1860s and 70s the river was lined with highly polluting industrial plants and poverty-stricken working-class residential areas where social problems, such as robbery, suicide, prostitution and murder were rife.

Symphony in White No. 2: The Little White Girl

Joanna Hiffernan is also the model in Symphony in White No. 2. The artist shows Joanna gazing wistfully into a mirror set over a fireplace. Her reflection is unbelievably sad. If you look closely you can see that she wears a gold band on her ring finger implying marriage although they weren't married.

The painting has an unmistakably Japanese feel created by the vase on the mantelpiece and the fan held by Joanna. The spray of pink azaleas adds a splash of colour to an other white/cream composition. Whistler was fascinated by Japanese art and culture and amassed a good collection of Japanese artefacts.

An American in London is accompanied by a full-colour catalogue. Written by Margaret F. MacDonald and Patricia de Montfort, the 160-page book is published by Philip Wilson Publishers Ltd. – ISBN-13: 978-1781300060. The publication examines Whistler's aesthetic beliefs and looks at his approach to composition, subject and technique. It provides a permanent record of an outstanding exhibition. 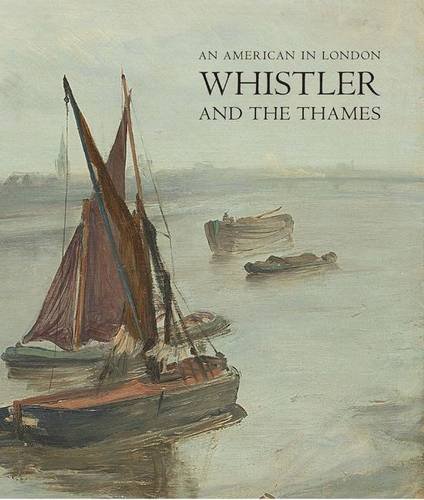 An American in London: Whistler and the Thames will be on view at Dulwich Picture Gallery from 16th October 2013 to 12th January 2014.

The exhibition will tour to: