A Teenage Girl can Change the World

It is rare, however, for one person’s actions, alone, to have any far-reaching impact, a lasting effect that echoes through the ages.

One illiterate teenage peasant girl’s heroics reached epic proportions, though, the kind of myth-making writ large on the landscape of human experience.  She is the most charismatic, eccentric, controversial, and written about figure in all of medieval history.

She is Jeanne d’Arc, more popularly known as “Joan of Arc”.

A Hundred Years . . . The Hundred Years’ War (actually spanning more than a hundred years, and not a solitary, unbroken conflict but a series of sporadic skirmishes and engagements) involved Britain and medieval France from 1337 to 1453.

Britain began as the aggressor when its King Edward III claimed he was also the rightful heir to the French throne.  His mother, Isabella, was the daughter of former French King Philip IV.

In addition to the claim to the throne Britain had interests in Flanders, a region abutting the extreme northeast of France on the English Channel (now part of Belgium).  The British had wool speculators and a wool market in Flanders; the French had interests there, too, and the area was partly subject to French rule.  Thus, commerce and politics joined to start a conflict that lasted for more than a century.

In 1340, English King Edward secured control of the English Channel in a decisive naval victory over the French.  This provided the gateway for a mainland invasion, and in 1346, the English secured a territorial foothold in northern France with a victory at Crécy.

Fighting continued intermittently when, in 1356, England gained more northwestern French land through the military leadership of King Edward III’s son, known as “The Black Prince”.  France, weary of this continual fighting, struck a peace accord with England in 1360.  As a concession for an end to war, France ceded a significant chunk of their northern lands to England.

Peace held for several years.  Then, in 1369, the French under their King Charles V began military action to force the English out of the northern territories.  They were victorious in many battles, but only succeeded in pushing the invaders further back, but not off the lands.

Things worsened for the French in 1415 when the English King Henry V (acceded to the British throne in 1413) revived the dormant claim of England’s right to rule France (started by Edward III).

By this time, however, France itself was internally divided.  Two dominant families, the Burgundians (under the Duke of Burgundy) and the Armagnacs (under the Duke of Orléans) had opposing loyalties.  In 1407 the Duke of Orléans was killed by order of the Duke of Burgundy.  The Burgundians sided with the British, and their foreign claim to the throne, while the Armagnac faction disavowed this claim.  These two factions caused internal strife, and they also skirmished both with and against the British and each other.

Henry V took advantage of the internal turmoil and moved into northern France.  His victory at Agincourt (near Crécy) assured a clear invasion path into France.  In 1417, Henry’s forces took most of the region of Normandy, and by 1419 had laid successful siege to Rouen, occupying that key city.  That same year in September the Burgundian figurehead, the Duke of Burgundy, was murdered by members of the Armagnac group.

The Duke’s son, Philip, offered Henry V his support against the French throne.  French King Charles VI, in the face of a full-on invasion, made a desperate decision to put an end to the threat.  With the French Burgundians traitorously aligned solidly behind the English, assuring an easy English victory, Charles VI reluctantly accepted the terms of a treaty that gave the French throne to Henry V.

Adding insult to injury, another spoil of war was Charles VI’s daughter, Catherine, whom Henry V wanted for his wife.  The terms of the treaty stated that Henry V and Charles VI would rule France jointly, but that Henry V’s and Catherine’s offspring would be the sole heir to the throne.

Credit: American People's Encyclopedia map, 1963 + authorCharles VI (known in history as “Charles the Mad” and sometimes as “Charles the Silly” because he suffered from intermittent bouts of insanity) died in 1422.  Henry V also died in 1422, leaving a succession crisis.

The Armagnacs remained loyal to Charles VI’s house; they considered his son, Charles VII,  to be the true heir to the throne.  The Burgundians and the English by this time controlled all of northern France (south to the city of Orléans), and controlled a large region in Normandy around Bordeaux.  Central France remained loyal to the displaced French monarchy.

Henry V’s infant son, heir to the French and English thrones, was appointed a regent to act on his behalf until he came of age and could accede.  Meanwhile, the internal strife continued with the Burgundians supporting the boy Henry VI and the Armagnacs supporting the displaced dauphin, Charles VII.

Voices of RevoltThe girl who would irrevocably change world history was born in 1412 to a peasant family in the rural community of Domrémy in northeastern France (about 150 miles east of Paris).

Credit: wiki commons, 2004Jeanne, as she was named, was one of five children.  [The other four were Jacquemin, Jean, Pierre, and Catherine.]  The family owned about 50 acres of farmland.  The village in which they lived lay deep within the northern territory occupied by England, and Jeanne grew up knowing of the foreign invaders.  Several raids occurred locally during her childhood; on one of these occasions the village was torched.

Her father was Jacques d’Arc (1380-1440) and her mother was Isabelle de Vouthon Romée (1387-1468).  Her father’s surname was more than likely spelled “Darc” as the French language did not use apostrophes in names in the 15th century.  [A descendant of one of Jeanne’s brothers spelled the last name “Darc” as late as 1612.]

Jacques d’Arc earned extra money as a village official (a doyen), collecting taxes and acting as head of the local village watch (a necessity; the English were subject to rampage suddenly, and their aggressive policy upon invading France embraced a “scorched earth” offensive). Although Domrémy was surrounded by Burgundian English-supporters, the area around their little village remained loyal to the royal line of Charles VI and his son.

Credit: public domainJeanne’s life was no better or worse than any other peasant girl’s.  She tended the sheep (the mouton), and was a devout member of the Catholic Church.

She led an uneventful life until about 1424 when she was 12.  She began having religious visions of the archangel Michael.

She was alone in a field when this happened the first time.  These visions were peculiar.  Unlike her visionary sister Bernadette Soubirous centuries later, Jeanne’s visions were not about piety or religious matters, but rather seemed focused on secular matters of state with the occasional religious subtext thrown in.

Added later to the voice and vision of Michael were, strangely, the voices of St. Catherine of Alexandria (she of “Catherine Wheel” legend, a martyred 4th century scholar) and St. Margaret of Antioch (a 5th century martyred virgin).

Mostly, though, Jeanne heard voices in her head.

Credit: public domain images Furthermore, over time, the messages and intelligence relayed to Jeanne during her religious ecstasies were not of a religious nature.  Whereas Bernadette Soubirous’ visions of the Blessed Virgin Mary at Lourdes in the mid 1800s all carried spiritual themes, Jeanne’s angel and her two saints had a different purpose in mind for her.  According to these voices, France was in trouble.  Furthermore, it was her destiny to bring things to right by helping put Charles VII (the displaced dauphin) on the throne, and ousting the English scourge from France.

This purely worldly communiqué terrified Jeanne.  How was she, a teenage girl, supposed to effect such social change?  She was but a peasant who could neither read nor write.  [She would later learn to sign her own name, but that was about as far as she went toward literacy.]  This doubt was resolved internally: her voices steered her course over the next few years, grooming and guiding her for action.

When she was sixteen she asked a relative to take her to a nearby garrison commander (the closest thing to a royal official she could meet quickly).  She petitioned for a visit to the French court in exile  The garrison commander laughed her off.

Jeanne went home.  She managed to convince two local men, of good standing, of her visions and her need to go to the royals and relay what Michael and the female saints had said about France’s destiny.

These highly superstitious village men could afford to take no chances: what if Jeanne was telling the truth and supernatural beings, acting on behalf of God himself, had presented themselves to her?  They decided to err on the side of caution and arranged a trip to the garrison in January 1429.

This time, as proof of the truth of her visions in her quest for a royal audience, she made a prediction about a military movement in and around the town of Orléans (a city right on the border between English/Burgundian lands in the north and the French/Armagnac lands in the south).  She reported a military reversal was in effect in Orléans.

The garrison commander received news from the battle front that confirmed Jeanne’s prediction.  He became a believer in her and her visions.  He supplied her with an escort and a sword, and she was given passage to Chinon to talk with the dauphin, Charles VII.  The trip was to take her through hostile territory, pledged to the Burgundians and to the English claim to the throne.

She left home without her parents’ permission.  Probably to discourage rape on the open road—and there can be no other rational reason as the teenage Jeanne d’Arc was unknown outside her village and would not be perceived as a spy or any other threat to the English—she made the trip to see the dauphin dressed in men’s clothing.

Her choice of garb would be her undoing later. 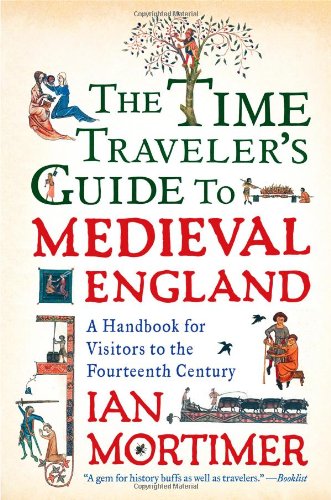 Trucker Man Amazon Price: Buy Now(price as of Aug 9, 2016)
Next >> Surprising Life Choices for Women in the Middle Ages