Deb writes under the pen-name "Introspective" for InfoBarrel. You can follow her on Twitter, Google+, Linked-in, and Instagram @DebW07.
InfoBarrel is a writing platform for non-fiction, reference-based, informative content. Opinions expressed by InfoBarrel writers are their own.
InfoBarrel > Entertainment > Music

Singer, song writer, and musician Jim Croce told stories through his songs. His ballads about saving time in a bottle, trying to reconnect with a lost love through the help of an operator, and having to say "I love you in a song," are poetic gems.  He also wrote pop numbers recounting life experiences such as meeting a man who was "meaner than a junkyard dog" and a less than welcoming experience in New York. His songs became popular in the early '70s and the popularity continued throughout the 80s and 90s. Unfortunately, Croce did not live to see the fruits of his labor, he died in 1973 before the height of his popularity.

Credit: Jim & Ingrid CroceBorn James Joseph Croce on January 10, 1943 in South Philadelphia, Pennsylvania, Croce taught himself to play the guitar as a child. He also played the accordion, and when he was five he learned to play the song "Lady of Spain."[3642]

Although musically inclined as a child, Croce worked at several odd jobs until he decided to pursue music as a career. He later referred to himself as "the original underachiever" and "sort of a late bloomer."[3642] Croce attended Villanova College in Pennsylvania where he formed several bands and played "anything that people wanted to hear." One of his bands was chosen to participate in a foreign exchange tour of Africa and the Middle East. It didn't matter that the audience could not understand English because "if you mean what you're saying, people understand," Croce later said.[3642] 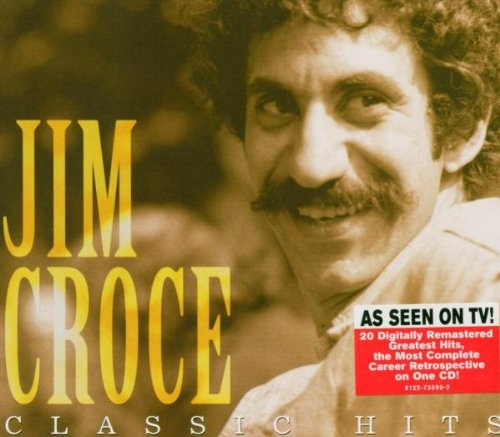 New York's not my Home

During college Croce worked with construction crews and as a welder. After college he worked at a hospital teaching emotionally disturbed children.[3643] Croce later got a job at a Philadelphia R&B radio station writing "jive" commercials and selling airtime. He later said he'd often go into jazz bars trying to sell radio time and people would think he was a cop or a collection man because he would be the only white person in the bar.[3644]He quit his radio job after becoming frustrated. He made money teaching guitar at an arts camp to "people who had to wear loafers cause they couldn’t tie their shoes."[3642] Croce later enlisted in the U.S. Army and later he finally decided to give music another try.

Croce claimed he played at some pretty rough bars until a college friend by the name of Tommy West convinced him to play the New York coffeehouse circuit. Croce and his wife Ingrid moved to The Big Apple where they met Terry Cashman who, along with West, produced an album which failed to sell.[3644]Croce and Ingrid stayed in New York for about a year and a half. During that time Croce learned about the music business and collected guitars.[3642] He eventually became disheartened with the situation and he and his wife moved back to Pennsylvania.

Croce later recorded the song New York's Not My Home, vocalizing his negative experiences through such lyrics as; "Though all the streets are crowded - There's something strange about it.  I lived there bout a year and I never once felt at home. I thought I'd make the big time, I learned a lot of lessons awful quick and now I'm telling you, that they were not the nice kind . . . That's the reason that I gotta get out of here. I'm so alone. Don't you know that I gotta get out of here. Cause, New York's not my home."

Jim and Ingrid lived on a farm in Pennsylvania where they had a son, Adrian James (A.J.). Ingrid baked bread and canned fruits and vegetables while Croce went back to construction work and did some singing sessions for commercials. When the money ran out Croce sold some of the guitars he'd collected in New York.

After receiving a rejection notice from ABC/Dunhill (which he later framed and placed on a wall next to his first gold record award[3644]) Croce signed-on with the label and his first album, You Don’t Mess Around With Jim, was released in July 1972. It was an instant hit yielding two hit singles, the title cut and the single Operator.[3642] Croce later said he wrote both hit songs while in a truck cab during a construction job.[3644]

His second album Life and Times included the hit song Bad, Bad Leroy Brown, and Croce expanded his career to include television and film work. Croce said he wrote Leroy Brown at home and it was based on a real character.[3644]

Croce's third album I've Got a Name was released on July 23, 1973 and the title cut was part of the movie soundtrack for The Last American Hero. That year Croce moved his family to San Diego, California.

On September 20, 1973, after completing a concert at Northwestern State University's Prather Coliseum in Natchitoches, Louisiana, Croce and five others were killed when their single-engine plane hit a tree upon takeoff. Jim Croce was 30.[3644]

After his death, Croce's music became exceedingly popular and he gained fame posthumously. The following albums were released after Croce's death:

In addition to the posthumous albums, several hit singles were released, including: "I'll Have To Say I Love You In A Song"; "Workin' At The Car Wash Blues"; "New York's Not My Home"; "Rapid Roy (The Stock Car Boy)"; "Lover's Cross" and "Photographs And Memories." 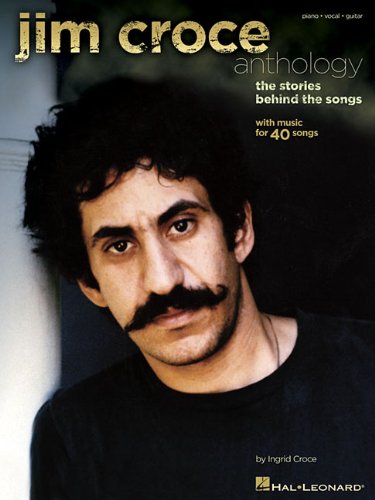