InfoBarrel is a writing platform for non-fiction, reference-based, informative content. Opinions expressed by InfoBarrel writers are their own.
InfoBarrel > Lifestyle > Law > Crime

Everyone seems to hate jury duty and will offer you all kinds of advice on how to get excused. I was excited the first time I received a letter informing me that I was to do my civic duty and serve on a panel of jurists. I’m not sure how jury duty is conducted outside of Clark County, so I will give an account of what to expect in my case.

How will I be notified?

I was notified by a letter in the mail. Inside the envelope was a map, a parking pass, and a note with a phone number at the bottom. The message instructed me to alert my boss that I have been selected for jury duty. By law, my employer must allow me the time off to serve. Then I was instructed to call the phone number listed every day for a week after 6pm to verify if I was

Credit: Deposit Photo needed to serve the following day. The last portion of the letter was information on how to opt out of jury duty if I had a legitimate reason. I was warned that if I didn’t show up on the appointed day, I could be retrieved by the police, fined, or even detained.

I didn’t need to be persuaded to go to serve on a jury. As a fan of several crime dramas, I had visions of quick-witted lawyers, a stuffy judge, and defendant who is nervously watching the jury box.

What should I bring with me?

The documents I needed to bring with me were my license and the juror letter with the barcode on the bottom. I also brought along a water bottle and a snack. I was forewarned that food, and drink would not be allowed in the courtroom. It’s also a good idea to bring some kind of entertainment with you like a book or a game on your cell phone. The wait to be interviewed for jury selection can be long and boring. Jury mates may or may not be eager to make conversation so be prepared in advance.

Where do I go when my jury group is selected?

On the second night of calling the juror hotline my group was selected to report to the courthouse the next day at nine in the morning. I alerted my boss and the following morning, I gathered the directions, parking pass, a snack, and a book. I left early because I had never been to the courthouse, and I wanted to have plenty of time to find parking. The first parking lot was full, so I went to the overflow lot. I placed my pass on the dash so it would be clearly visible.

What should I leave at home?

I am a fairly handy person, so I like to keep a Leatherman (the equivalent of a Swiss Army knife) attached to my keys. No weapons of any kind are allowed in the courthouse. If you don’t want your property confiscated, then leave it at home. You will go through a metal detector prior to entering the jury duty conference room and one or more security guards man the post. Safety is the first rule you must abide by or there are consequences. 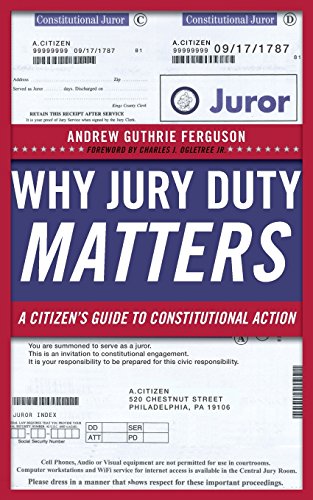 What happens in the Jury duty conference room?

There is a desk where you will report and confirm that you are present for jury duty. If you do not report it holds up the process, and the police can be sent to escort you to participate in your civic duty. The receptionist will scan the barcode on your notice and give you a document affirming to your employer that you were sincerely at jury duty and not taking a mini vacation. You are given a juror number, find a chair at one of the circular tables and wait for your number to be called.

While I was waiting, I looked around the room at my fellow jurors. A few were talking, some watched television, and some paced the room like a tiger in a cage. I pulled out my book and read until the bailiff announced that it was time to start.

Where do you go when the bailiff calls your number?

Credit: Deposit photoMy group of jurors followed behind the bailiff to the courtroom where we were seated in the gallery. At this point, I was sure I was going to be on a jury. As a matter of fact, you can still be dismissed at this point. Numbers were called again, and six people from the group were asked to sit in the jury box. The rest of us were taken to another room and asked to wait. My stomach was starting to growl, and I looked up at the clock startled the process had taken three hours, and it was now noon. The bailiff returned to the room and announced that we could have a lunch break. Since the jury selection was not complete we had to fend for ourselves.

What happens after lunch?

When everyone was accounted for the jury selection began again. Each juror was brought into the courtroom to be interviewed by the lawyers in the case as well as the judge. It was disconcerting because the defendant was in the courtroom as well. I was led to the jury box, and the judge told me about the case. In a nutshell, it was about the potential molestation of a child. I knew I was not a good candidate for this case. The lawyers asked a series of questions, but the silliest, in my opinion, was, “Do you believe the lunar landing was real?” After all questions and answers were given, I was released by the judge from duty.

I gathered my things and left the courtroom half relieved, and half disappointed that I did not get the chance to participate completely. 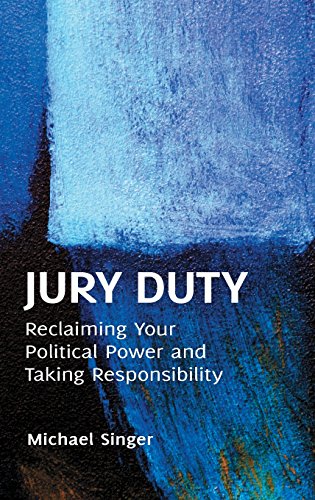 What happens the rest of the week?

Even if your group has been called in, you must continue to phone in every evening for the balance of the week to see if you have to report again.

I was not called back in, but I was called for jury duty a few years later. Unfortunately, I was stuck in the conference room with my fellow jurors all day until finally in the afternoon the case was dismissed. Maybe the third time will be the charm. Have you ever served on a jury? Let me know in a comment.

Next >> My Top 5 Home Safety And Security Tips