InfoBarrel is a writing platform for non-fiction, reference-based, informative content. Opinions expressed by InfoBarrel writers are their own.
InfoBarrel > Sports > Surfing

Just for the Old Time Surfers

Often when I was paddling out to catch a wave at my local beach, I used to see a  guy in his sixties soaking up the atmosphere. This to me is the real kind of surfer because he has been through it all, and he is still out there doing what he loves.

He does not have to hang about in branded sweaters and sneakers because he has proven himself a long time ago. Let me add, these guys are often a lot more fit than most people out there, so think twice before you yell, "Hey Grandpa!"

The Best of Times

You may think that surfers who grew up in the 50's and 60's had it tough, but in actual fact this was the best time to be a surfer.

For one thing, most of the time the line up was pretty much clear. These were happy days - there was no local aggression. There was no possession like you see today. Sharing is caring!

How about the fact that there were no leashes, no wax, no wetties - wouldn't you be bummed by those limitations? Well, one way of looking at it is that if you never had luxuries, you don't know what it is to be without them. You will see why surfers who are now in their 60's are a lot more hardcore than the newbies of this day and age. It was only passion that kept you in waters like that. Of course, if you stayed in Hawaii, it was a different story altogether, but there are a lot of places in this world where it takes some time to adjust, and most of us would refuse point blank.

This video will explain more

A place called Muizenberg in Cape Town, with a lot of special memories

Back in the Day - Just a Taste

Classic things in world of surfing like longboards, surfaris and of course surf cars from the 60's are some of the things you just can't replace. Unfortunately, life goes on, so driving around in a VW  is just not the same and great for reliving the moment for a while, but when reality strikes you realize that you are living in a new era surrounded by technology.

It is kind of sad to take that surfing identity away. All surfers drive kind of ugly cars if you think about it. There is no personalization about an SUV. You will be driving past a couple of dozen of these on your way to the beach. Perhaps you will find in a small surfing community where it would go down better to bring in a classic car. However, you have to admit that these cars from back then were really one of a kind.

It's not just the cars that we are talking about there, but it's the whole vibe that goes with it, but don't let that stop you. It's true that we do live in a different age. We are surrounded with so much more, but take yourself on a surfari with a couple of buddys and don't forget the old acoustic guitar at home. Don't bring any phones or ipads with you. This will give you a little bit of a taste of what kind of magic could be experienced from back then. To finish this off this off, go hire yourself a surf car.

So what is a surf car? Basically, defined as a car for a keen surfer with space for a couple of boards on top. Chevy and Ford bought out the "Woody" and later the surf wagon. This was a real classic and when customized it became a work of art. However, don't think the surf car generation has totally died out. There is a keen club, known as the surf woody club in San Diego.

The VW was on the scene for a long time and you still see people driving around with pride. This is really a great idea if you have  the bus because it means you don't have to pitch a tent every time you stop. Just take off on a road trip and keep your eye out for some good surf. Stop off, have a nap and move on.

If you live in the States then a trip to Mexico may be on the cards. It is big enough to give a couple of people a lift as well. It may be a little bit of a challenge getting the boards in position because of the shape of the roof, but you just have to get used to this. You can always just pile them in the back.

You also get a variety of these kinds of vans. How about putting a mini fridge in there and find one where you can extend the roof so it becomes a pop-up camper.

Oh, and yeah appearance always counts, but what about reliability? Well, obviously if you are getting something that hasn't been touched since the 60's or even the 80's then you really have to think twice about it.

If you just need something to get down to your local beach in, well then perhaps you can risk it and get a mechanic to work on it. If you are skilled in that department - well, all the better. VW's are still going strong. A couple of years ago I had two friends who trekked around a couple of countries in Africa in a bug like that. Not bad hey! 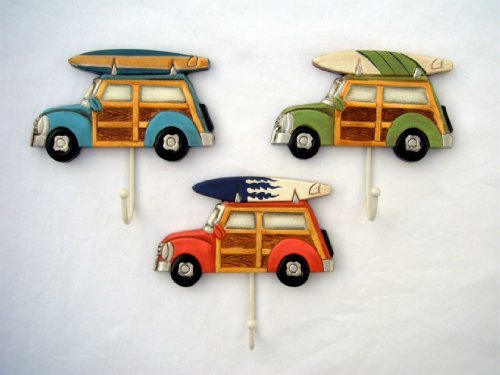 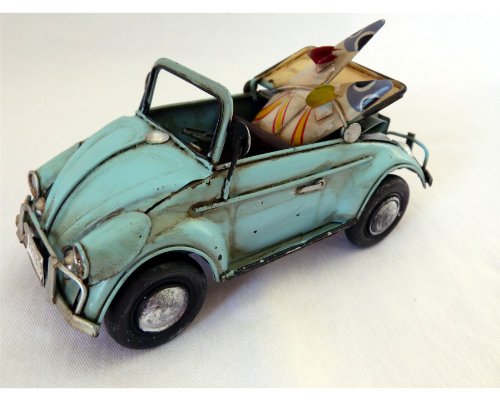