In 2012, Kelly Slater won the Volcom Fiji Pro. This is no surprise, since Slater has been winning contests since he was a teenager. However, what people are wondering is, when is he ever going to stop. At the age of 40, taking out a fresh looking 19 year old is something that few are able to do.

Surfing is hard work. You have to keep up with the rest of the pack. Some surfers find surfboards that help them along. Kelly just seems to have it, whether it is a customized board or not. He’s taken high performance to a whole new level.

Recently, Slater was up against Medina from Brazil. They were looking to go pretty steady and were on a par, when Slater edged passed him to push his score up.

Kelly dropped down a couple of places in the rankings after he missed the Rio de Janiero  tour, but was now able to climb back to no. 2.

You may even be a little tired of hearing Kelly Slater’s name been called out at the end of every completion or tour. Open a surfer mag and you will see who the winner is. Fact is that after the Fiji Pro, Kelly has won over 50 titles – that’s ASP events. There is always more pressure in events like these, so to pull that out of the bag is something pretty special.

A guy who keeps on riding like this has got to go down as one of the greats. That’s a no brainer. He’s just broken every record there is out there. There are simply no more that can be broken. Now, you may be saying, ah, another win by Kelly Slater and toss the newspaper aside or move onto another web page, but this is history in the making. Watching perfect barrel riding and sweet backside turns like that can’t be achieved by many. I’m just wondering how many more he is going to grab.

Cocoa beach, which is a small town in Florida, has probably become a lot more famous in the last couple of years since the 11 time world tour champion has been picking up titles left, right and center.

It actually started at the beginning at his surfing career. Well, this happens to a lot of surfers. They come in with a bang and then fade out. However, Kelly was the youngest surfer to achieve something big. From there he just kept on going. In 2007 he was the oldest surfer to win the tour, and it’s now 2012! – when is it going to stop?

So if you think you are too old to start surfing or you are enjoying paddling out there, but your kids keep on telling you to pack it in because you hair is turning white and you should rather be playing golf, keep on going. Age means nothing guys, quality of life, inspiration and just basic good time should be a keen focus.

Kelly Slater, Pipe Dreams - Where Do You Want to Go Next

I came across Pipe Dreams by Kelly Slater, which I have read years ago, but it just got me thinking. I have to say, I'm not dedicated to competitive surfing. It's a nice vibe to be out on the beach, but at the end of the day, is this really what surfing is about - picking up a check?

It's true, this is getting paid for something you love, but quite often you have to push yourself beyond the limits and that doesn't seem like much fun to me. It's more than just paddling out there and soaking it up. It becomes more technical when you get into that league.

I admire Kelly Slater for where he has got to today. He had a lot to overcome. If you read the book you will find this out, writing in a truely open way about the way he got into surfing and includes his own personal battles. If you are a fan and have not read the book, then do yourself a favor and give it a read.

What I got out of the book the most is where he lists where he would like to go in life in the next couple of years, but I think he knocked all of that off that by the age of 18. It's not about having set goals or being an ultra goal-orientated person. It's more of a wishlist. You don't know what could happen to you in the next five years. Something amazing or crazy could change your life around. I always think it's nice to have some sort of direction.

You don't have to feel terrible if you don't complete your list, but the idea is to be more realistic. In fact the beauty is that if you don't manage to get onto something then it just rotates on to the next list so there is no faliure here! Knowing how much you can handle (and afford) is also something to think about.

If you know you are not going to catch a ride to the moon then it shouldn't be included. We always have these thoughts and ideas floating around in our heads. This is just a way of making it more concrete and this is a way of telling yourself that it wll happen. I didn't get through my whole list. I think there were three things that I left out. I dont' think I could afford a trip to Bali so that is on top of my next. In saying that, when I was writing the list, I was thinking "I'm really pushing my limits here", but I found once you have a plan then the road ahead is that much easier.

So get your pen and paper handy, brainstorm and jot down those things that will really get your wheels turning. 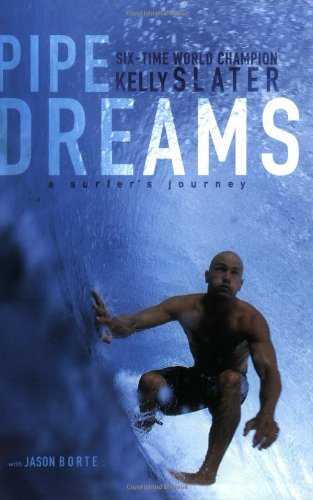