As my first child starts kindergarten, I feel like we are stepping onto a runaway train. These five years have flown by and they seem to go by faster as time goes on. In some way, kindergarten feels like the beginning of the end. His entire world is going to begin to expand exponentially beyond the little world I have created for him, where I choose where and with whom he spends his time. He will have a whole world apart from me, and there are times when I am not ok with that. I have considered homeschooling but concluded it would not work for our family. I simply have to deal with the fact that he is growing up and kindergarten is just the beginning. I have decided to try and share in the excitement, remember that I do want him to grow up eventually and take the time to enjoy the ride.

My son is extremely excited about starting kindergarten. If we see a school bus, he asks if it is time for school to start. As the school year gets closer, he asks me how many days are left until he can start kindergarten. His excitement has started to rub off on me. As I try to look at it through his eyes, I realize why he is excited. To him, kindergarten is a place full of potential friends. It represents increased independence and responsibility, which are both important to a five year old who wants to feel grown up. He is also excited about learning. This is a unique time for him because he has not developed any negative feelings toward school or about his ability to learn. All of these factors have helped me feel some excitement about his new journey. There will probably be a few tears during that first week, on my part, but I am trying to focus on what he will be gaining from school and not what I will be losing.

Remember, You Do Want Him to Grow-up Eventually

Right now, when I look at my five year old, I cannot stand the thought of him growing up. I do not want him to have to go out and face the world on his own. I sometimes feel a sense of panic thinking about him having negative feelings and experiences when I am not there to reassure and guide him. In those moments, I try to remind myself of what type of person I hope he grows up to be. I want him to be a man of character who is a functioning and contributing member of society. The only way for him to learn those skills is for him to face obstacles and conflict as he grows. I love my son and love for him to be around, but I do not want him to be 35, jobless, and living in the spare bedroom because I could not let go and allow him to learn to live life on his own.

I want so desperately to press the pause button on my life. I want to spend some time simply enjoying the phases that my children are currently in, before they move onto the next. I wish I could get a minute to catch my breath, regroup, and make sure we are heading in the right direction. But, pause is not an option and we are all just along for the ride of time. We cannot slow it down or speed it up, and we will waste the time we do have by trying to control it. The fact is, the children will continue to grow and everything will continue to change. Kindergarten is coming and there is nothing I can do to stop that from happening. I am going to do my best not to hold him back or stand in his way as he bravely and excitedly enters the new phase of his life, kindergarten. 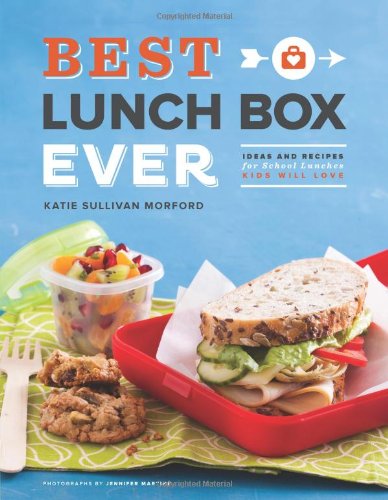 Best Lunch Box Ever: Ideas and Recipes for School Lunches Kids Will LoveAmazon Price: $24.95 $13.62 Buy Now(price as of Apr 16, 2014)
Next >> What We Lose When Schools Stop Teaching Cursive Writing