See a complete list of my featured articles here: "Featured Articles on InfoBarrel" If you enjoy writing and would like to earn money with your articles sign-up for InfoBarrel today!
InfoBarrel is a writing platform for non-fiction, reference-based, informative content. Opinions expressed by InfoBarrel writers are their own.
InfoBarrel > Entertainment > People

Kojak: Who Loves Ya, Baby?

Whoever had the bright idea for the television rerun is a genius in my book because if it weren't for reruns I never would've had the pleasure of watching the television police drama "Kojak."  The show is about a New York police lieutenant by the name of Theo (Theodore) Kojak. He is a tough-talking, incorruptible Greek American, known simply as Kojak. The lieutenant works out of New York's Manhattan South Division, solving homicides and generally making New York a safer place for all.

The staunch character of Kojak was played flawlessly by actor Telly Savalas, and the series which originally aired from 1973 through 1978 on CBS made him a household name and a star. Savalas also directed three episodes from the series: The Betrayal (1974); Over the Water (1975); and I Want to Report a Dream (1975).

The basis for the Kojak series came as a result of a 1973 film titled "The Marcus-Nelson Murders." This made-for-television movie told the true story about an innocent black teenager who was framed by detectives for the murders of two white women. The 90-minute movie introduced the character of Lieutenant Theo Kojak who investigated the murders in an attempt to find the real killer(s). 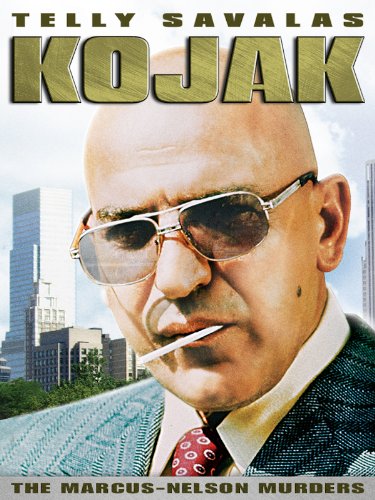 Kojak, a bald middle-aged man, who's catchphrase was "Who loves ya, baby?" and who cut down on smoking using Tootsie Pops in place of cigarettes, became an unlikely sex symbol. Regarding his baldness, Savalas famously said "We're all born bald, baby," and he made bald cool. Much like Savalas, his character's self-confidence and charisma made him irresistible to the female population. He was a master at the game of flirtation and a big time "player" in the game of love. Both Theo and Telly were quite the "ladies' man."

This smooth talker was never one to shy away from an opportunity to flirt with a beautiful woman. His appeal and popularity was so great that Savalas appeared shirtless on the cover of "People Magazine" in 1974. He was also in "Playgirl Magazine" in 1974 at the age of 52 and in 1978 at 56.

Although Kojak was the star of the show he couldn't solve all those homicides alone thus, week after week, the lieutenant always had the help of his hard-working and competent crew. His trusted inner circle consisted of Savalas' brother, George Savalas who played the part of "Detective Heathcliff Stavros" aka "Fatso." In several episodes George Savalas was given credit by his stage name "Demosthenes." Kojak's main sidekick and number one go-to man was "Detective Bobby Crocker," played by actor Kevin Dobson. Kojak also relied on the even tempered and hardworking "Detective Vitaly Saperstein," played by actor Mark Russell.

Episode after episode, whenever Kojak was frustrated and wanted information or needed to give a command, he would yell out the name of one or sometimes all three of his main detectives, summoning them to his office. "Stavroooos!" "Crocker!" "Sapersteeeeein!" Kojak never had to call his loyal staff more than one time. 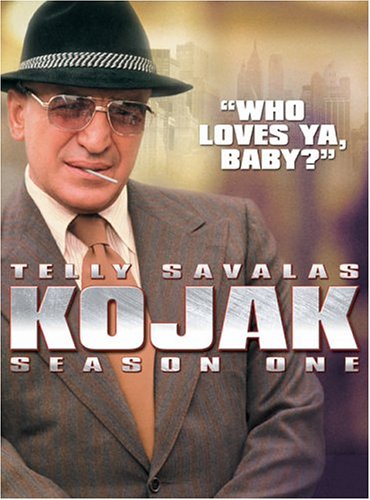 Although it appeared that Kojak called all the shots, he actually had a boss, "Captain Frank McNeil." While the captain was his superior, he usually allowed Kojak to do his job without interference. Even when the captain's bosses gave him direct orders that contradicted his lieutenant, he would advise Kojak but would also give him time to proceed with his plan before having to comply with the orders. Captain Frank McNeil was played by actor Dan Frazer.

Part of the fun of watching the series in reruns is the number of celebrities who appeared in the show. Many became well-known personalities such as: Sylvester Stallone (a trigger-happy cop who accidently kills a young boy); Paul Anka (a crooked police informant); Leslie Nielsen ( a thief); Harvey Keitel (a bank robber who takes hostages); Danny Thomas (a senior officer); James Woods (a law student in a class taught by Kojak who commits murders and tries to stump his instructor); Tina Louise (a drug addicted hooker); Eric Estrada (a young man who is being framed for arson and murder); Hector Elizondo (a crooked police detective who kills a lawyer);  John Ritter (a crook who tries to pull off a big heist); and Isabel Sanford (a madam).

In one episode, the lieutenant must travel to Las Vegas, Nevada after Detective Crocker is kidnapped while extraditing a prisoner. During his investigation, Kojak interviews the one and only Liberace, played by the flamboyant Las Vegas performer himself!

Many of the show's titles are just as interesting as the series itself. The following are some episode titles from the series.

Death is Not a Passing Grade: Kojak teaches a night course in criminal justice and is surprised to learn one of his students is the prime suspect for murder.

Die Before They Wake: Theo must obtain the help of a junkie prostitute to help him solve a murder case.

Deliver Us Some Evil: A Petty thief attempts to pull off a large heist at the mansion of one of his clients.

Mojo: the lieutenant must go undercover as a chemist to catch thieves.

Hush Now, or You'll Die: After a female college student is kidnapped and assaulted by two men, Kojak must find her after one of the men is found shot to death.

The Best Judge Money Can Buy: A judge's murder is made to look like a suicide until Kojak finds clues to indicate otherwise.

Loser Takes All: A diamond heist leads to murder after a woman’s husband hears her and her lover plot the robbery. 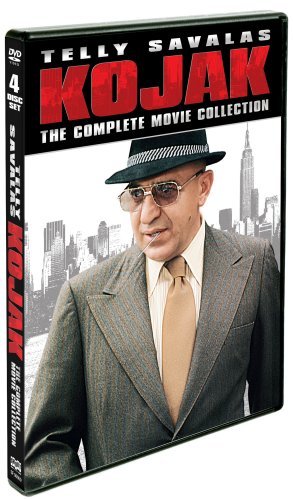 All Good Things Must End

The Kojak series ran on CBS for five seasons from 1973 to 1978. The famous NY police lieutenant returned in a couple of made for television movies in the mid-1980s and again from 1989 to 1990 in a series of 5 made for television movies on ABC. The final episode titled "None So Blind" aired April 7, 1990, and was about a murder investigation involving a mobster and a tycoon.

Who Loves Ya, Baby?

Savalas was fond of saying "Who loves ya, baby" and even recorded a song using his famous catchphrase. In a Christmas episode, after solving a crime, Kojak walks out to his car in the early hours of the morning, looks around at the snow covered streets and regretfully shouts out; "Love thy neighbor, baby!"

Savalas was married three times but claimed he was never divorced. When asked about the discrepancy he said; "Though I've been divorced from my wives legally, I've never been divorced emotionally." I guess he really did mean it when he said "Who loves ya, baby?"

Life's a Pitch . . . Then You Buy: Jerry Della Femina and the Mad Men World of Advertising