Beautiful and fearless, she loved men's company as much as skiing and horse riding. Special agent Krystyna Skarbek was one of the best spies of her times. She had multiple identities, worked for the British intelligence, later accused by Special Operations Executive for working for the Polish intelligence. She was born in 1908 in Warsaw, a child of an arranged marriage between a Polish aristocrat Jerzy Skarbek, and Stefania Goldfeder who came from a wealthy Jewish family. Krystyna was a very active and playful child who enjoyed pulling pranks on others. She got kicked out of school because she attempted to set the priest's cassock on fire. In 1930, dark-eyed and slender, she took part in Miss Polonia beauty pageant and had placed sixth.

She got married at the age of 18, but her relationship with a wealthy businessman Karol Getlich, didn't last long. While she was in Ethiopia with her second husband Jerzy Gizycki, the Germans invaded Poland and the war began. They were unable to go back to the country. They made up their minds and travelled to Great Britain. She came up with a plan of action and decided to travel through Tatra mountains to the occupied homeland, bringing the British propaganda to Warsaw. The plan was approved by the British Intelligence and her career as a spy had begun. Krystyna aka Christine Granville quickly became SOE's key player. Highly adaptable, she was able to work in various countries, including Hungary, Yugoslavia, France and Poland. She managed to travel back and forth between Eastern and Western Europe, gaining and delivering secret data. She divorced once again because she fell in love with a one-legged war hero and an agent himself. Andrzej Kowerski aka Andrew Kennedy was the first disabled man who completed SOE's parachute training and became Christine's long time lover.

She later supplied information about Germany's planned invasion of the Soviet Union and her prediction turned out to be correct. Because of that, she was called by Winston Churchill his favourite spy.

Krystyna often took risks and was usually successful. A committed patriot, unfaithful lover and a convincing liar, she established escape routes for Polish refugees, worked in resistance groups and gathered information like nobody else. She parachute jumped into Nazi-occupied France as Jacqueline Armande. On one occasion, stopped at the border, she threatened two German soldiers with grenades she had on her and managed to set herself free. Her life was full of such extraordinary events. She dreaded the prospect of life without adventure and turned down an office job. In 1946 she became a British citizen and it enabled her to move to Kenya a year later. Released from her intelligence duties, the heroine of the Resistance eventually had to accept any job available. She worked as a sales woman, switchboard operator and hotel attendant, never sticking to one place for too long. In 1951 she got a job as a stewardess on the New Zealand cruise liner. And that's where she met her killer, a steward of Irish ancestry called Dennis George Muldowney. Platonically in love, rejected and desperate, he turned into a stalker. On 15th June 1952, he spotted her walking into the Shelbourne Hotel in London. He approached and stabbed her with a knife, once, through the heart. He pleaded guilty, stated that "to kill is the final possession" and was punished by hanging.

Krystyna Skarbek survived the Second World War and many dangerous operations, but got killed by an ordinary man helplessly lost in love. She is said to have inspired Ian Fleming, an ex-spy, novelist and a former lover of hers, to create the character of Vesper Lynd, the first girl that James Bond fell for. Awarded the George Medal, Order of the British Empire and the French Croix de Guerre, she truly was a spy extraordinaire. 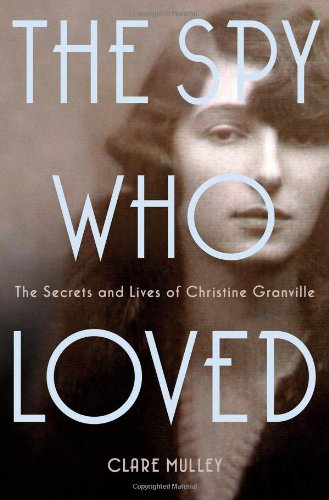 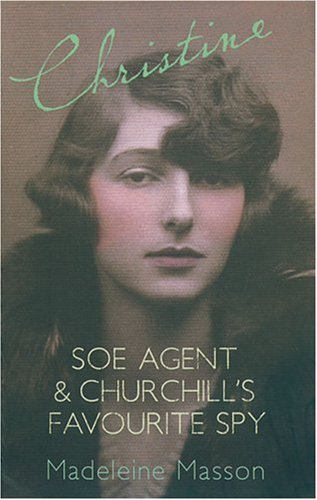