Lamborghini: From Farm To Racetrack

Ferruccio Lamborghini was born in the Ferrara region of Italy. There, he and his family operated a grape farm. After serving in World War II, Lamborghini decided to start a tractor company. He then branched out into building heating and air conditioning units as well.

Lamborghini had some success with his first business ventures, so he then decided to purchase a Ferrari. At the time, Ferrari was seen as one of Italy's finest high-end automobiles. Only people who were successful drove a Ferrari. Lamborghini felt that he deserved to own one. Apparently, Lamborghini was disappointed with the car's performance and design. Rumor has it that he actually contacted Enzo Ferrari himself and complained about the car. Lamborghini then realized it was time for him to manufacture an automobile superior to Ferrari.

Lamborghini experimented with many V-12 (12 cylinder) engines. He believed this engine would produce more than enough power. Many of his initial designs were fairly basic and not seen as anything special to certain clients. Eventually, Lamborghini hired a company called Bertone. Marcello Gandini was the head designer at Bertone. He was later appointed the head of a new project that would eventually become the awesome Lamborghini Countach.

The Countach had a state of the art design and looked like no other car ever constructed before. The vehicle's engine was placed in the rear and was initially so powerful that it overheated, so Gandini decided to build air ducts wherever he possibly could. These air ducts have a distinctive design on the Countach. They can be seen on the hood and rear left and right of the vehicle.

Lamorghini later used Gandini again to design many other successful cars like the Diablo. The Diablo which means “Devil” in Spanish became Lamborghini’s most successful automobile ever built. Today, Lamborghini is owned by Volkswagen, but it's Italian design and history will never be forgotten. 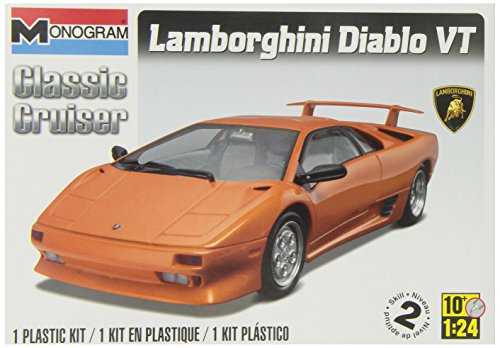