Could you survive the end of oil?

and more. You follow one British family that is scattered to the all over the world by circumstances that takes place in the book. You have Andy Sutherland the father of the family and the only one that had seen this disaster coming. His constant preaching and preparations about Peak Oil and the chaos that would follow begin to alienate him from his family and his wife is actually divorcing him as the book opens. The family is scattered all over the place when the explosions that take out the worlds oil refining capacity and transportation system occur.

What follows is a excitement and terror filled story as the family struggles to stay alive and reunite in a suddenly more dangerous world. Andy is caught in roving gun fights with militias in Iraq, his estranged wife is caught in Manchester UK a mere 200 miles from her kids in London. She finds out just how far 200 miles is when the trains no longer run the roads are blockaded and there are the beginning of roaming bands of very hungry suburbanites. Finally we have the oldest daughter Leona and her brother who with there fathers warnings purchase food and being to hide out in their neighborhood. It seems like everything will be fine for them at least until the local boys start to get hungry and begin ransacking houses in her neighborhood.

If the world falling apart is not enough their is a group that is out to silence Andy and his unsuspecting daughter Leona for knowing things they should not know about what is happening. Stalking Leona through the now wild landscape of London is a deadly assassin bent on silencing her before she can tell the world what she knows.

As a end of the world as we know it book I really enjoyed this one for it realistic plot of a worldwide oil shortage, characters you could really feel for and the chilling realization that it gives you that this could really happen. If you have ever lived through a hurricane or other bad storm that knocks out power for a few days to weeks you have a small taste of what it would be like to live in this world. 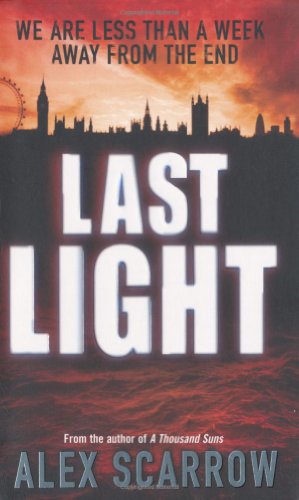 Just in case you wanted the second one right away. 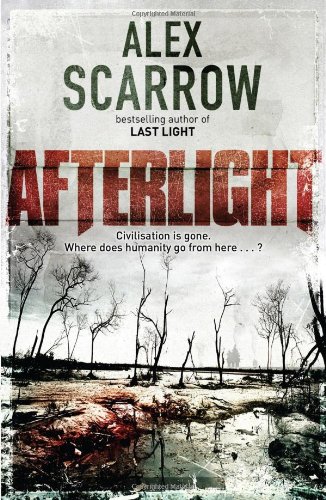