And if you have found this article to be interesting and you would like to know more about carp fishing gear, please feel free to visit this online guide to finding the right carp fishing gear for beginners.
InfoBarrel is a writing platform for non-fiction, reference-based, informative content. Opinions expressed by InfoBarrel writers are their own.
InfoBarrel > Sports > Fishing

Learning About the Common Carp

One outdoor activity that is slowly gaining popularity among anglers in the United States is sport fishing for the common U.S. carp. Without getting into the complicated field of identifying individual species of carp, the common carp is loosely defined as any fish that falls under the name Cyprinus carpio.  Most freshwater anglers know a carp when they see it, and in places where carp fishing isn't as popular like in the United States, sometimes you get related species like the white amur that are included under that really general term of grass carp.

Many U.S. carp are sometimes referred to as being a cross visually between a largemouth bass and small mouth buffalos, and can be found in a wide array of environments all across North America.  Most carp anglers in the U.S. choose to smoke the meat to add that consistent flavor and texture that works better for that meat.  Carp doesn't compare to walleye or salmon when it comes to taste, but carping can bring in a huge fish that gives a really good fight and plenty of meat to smoke.  Smoked carp when done right is delicious and offers plenty of nutrition.  What many people many not know is that the closest relative of the common carp is the gold fish, and in nature these two species commonly hybridize.

More on the common grass carp

If you want a brief history of the common carp, then you'll want to know that many of the species were originally found only in temperate regions of Asia, in rivers that emptied into the Black Sea and the Aegean Sea and small clusters in Europe such as the Danube. Today, they are prevalent in every U.S. state except for Alaska and can also be found in South America, Africa, Australia, and New Zealand, which shows just how resourceful and adaptive freshwater carp are.  This is part of the reason that common carp fishing is so popular and widespready throughout the world.

Common U.S. carp are a sturdy breed of fish which can survive in a variety of water and bottom conditions. As such they are a good fish to find in slow moving or stagnant water and do quite thrive quite well in ponds.  Pond carp can add a nice touch and turn even a small pond into a little fishing hole.  Bait for carp fishing can be made at home by combining a variety of ingredients and the common grass species of this fish often thrive even in the most polluted of waters where other freshwater fish don't do so well. 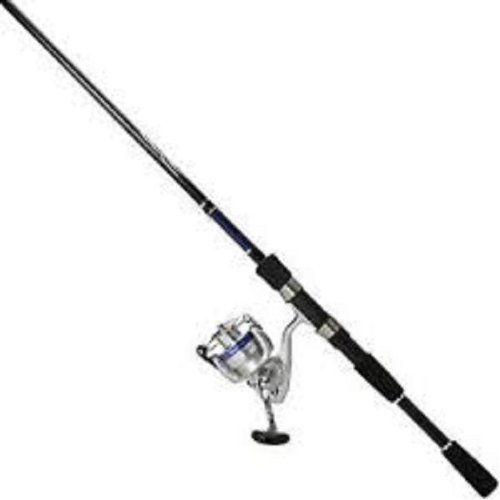 Daiwa D-Shock 170 Yards 8 Line 6 1/2-Feet Fibreglass Spin Combo (Medium) Amazon Price: $28.50 $21.51 Buy Now(price as of Dec 15, 2015)
You will want high quality fishing rods to handle any of your carp fishing needs, and Daiwa fiberglass fishing rods have a long history and reputation as excellent fishing gear. This is medium action, some people prefer heavy, but if you like the challenging fight then this spin combo D-shock medium action fishing rod is perfect for you!

More on the common carp

The best carp fishing tackle is the carp bait that is going to be most effective.  These fish are extremely adaptable which is proven by goldfish.  Put one in a lake and it gets huge, but in a small bowl it will stay the same size.  Whether the water is clean and clear, full of algae, or heavily polluted - you can find thriving carp in all of these situations.  The problem with this is that in certain contained ecosystems they can overly compete for food with more popular freshwater game fish like northern pike, walleye, trout, and bass.  This means that depending on where exactly they are, those species of grass carp are listed as invasive species throughout different parts of the States.

Because they are bottom fish they will often eat, uproot or destroy the plant life in a body of water. This destruction of the plant life can starve out the fish that feed on these plants, as well. The elimination of these plants also reduces the amount of oxygen in the water which can reduce the number of less hardy fish.  Because of that many anglers who are huge fans of other species aren't big fans of carp.

Carp can also increase the overall turbulance of the water, throwing silt back into it reducing the amount of light these plants get for photosynthesis. Consequently, some species of carp will simply take over a region and squeeze out their competition.  In larger rivers like the Mississippi this isn't really a big deal, but in smaller lakes this can be a huge problem, similar to northern pike in small contained lakes up in Alaska where they weren't native.

Whether hunting for food or hunting for sport, carp are a decent sized fresh water fish that can put of a good fight on the end of your pole. There are fishing organizations dedicating themselves to educating anglers more about the carp including bait and hook configurations, rods and reels and habitat fishing to make for a more successful outing when angling for the common U.S. carp.  Even though they might not originally have been the most popular game fish out there, there's little question that carping is becoming more popular than it's ever been as the demand for good carp bait and good carp fishing gear is shooting up more than it has ever been in the States. 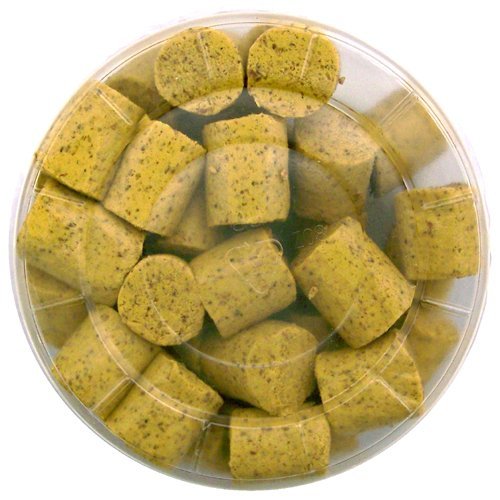 MAGIC Premium Carp Bait, Chartreuse Corn Amazon Price: $8.99 $7.51 Buy Now(price as of Dec 15, 2015)
If you don't have your own special sticky stinky blend of carp bait, you should take a serious look at this corn based carp bait to help you kick off and get started. Carp like bright, smelly, and tasty - so give them what they want!
Next >> How To Effectively Fish A Riprap Shoreline