Over twenty years ago, Hurricane Andrew devastated South Florida and left approximately 200,000 people homeless. The experiences of Janine Shelby and Michael Tredinnick, two volunteers of the American Red Cross (ARC) Disaster Mental Health Service Team, were documented in their article “Crisis Intervention with Survivors of Natural Disaster: Lessons from Hurricane Andrew.”  Their article reveals some insights other providers can use to facilitate more effect assistance to survivors of natural disasters. 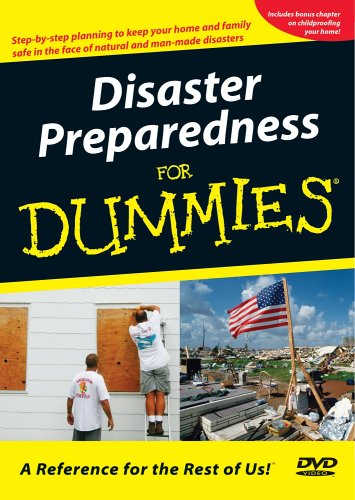 Natural disasters create disequilibrium in people which is characterized by disorganized thoughts and behaviors. Crisis intervention following a natural disaster seeks to restore clients to a state of equilibrium.  The primary task of the crisis intervention counselor is to restore a sense of control and thus bring life back to some semblance of order.

Most theories accept that there is an initial stage of shock, denial or numbness immediately following the traumatic event.  It is also generally accepted by most mental health professionals that social support is the most important ingredient to helping survivors cope with the aftermath of the disaster.   While most theories recognize the potential for people to return to equilibrium; there is less acknowledgement of the potential for people to actually have growth or a reduction of the pre-disaster state.

Crisis Intervention Approach to Helping Survivors of a Natural Disaster

Many professionals view growth as an ambitious secondary goal of working with survivors of disasters.[1]  The approach taken in helping survivors of natural disasters is to support the client and mobilize existing support networks; and reduce cognitive distortions of the situation and provide material information.   Other professionals such as Shelby and Tredinnick go beyond this approach and delve into activating the client’s potential to extend their previous areas of strength.

Shelby and Tredinnick found working outside the usual approach showed results which were perhaps more effective.  They went to the people who were standing in lines for hours trying to access other services from government agencies.  They offered water and engaged people in small group discussions.  These informal discussions led to people learning alternate responses to others and increased self-referral for more formal sessions.[1]

During formal sessions these two mental health professionals used various therapy techniques to help the survivors.  Children were helped more easily through play therapy, art therapy, and appropriate physical contact such as hugs or, when given the okay by the client, cuddling by the counselor.

Relationships between parents and children are often disrupted or inadequacies revealed during a natural disaster.  Crisis intervention methods have not always addressed these concerns in the past.  Recent experience has shown the belief systems and values of the parents can hinder the nurturance children often need in the aftermath of a natural disaster.  Parents may not recognize the fears or reactions of the child as being related to the crisis and may in fact punish the child for behaviors manifested in anxiety or fears caused by the disaster.

Outcomes for Crisis Intervention for Survivors of a Natural Disaster

Working with children survivors has challenges; but also many rewards.   Shelby and Tredinnick illustrate this idea in their article by citing several examples of their work with the children survivors of Hurricane Andrew.  One example is a child who drew a picture of the hurricane was able to express his fear, anger and sadness at the picture; then wadded the picture up and threw it away.  This symbolic gesture helped the child release many fears and to regain a sense of control over his future.[1]

Evidence of families becoming stronger and individuals displaying growth in their abilities to resolve issues and cope with the tragedies that occurred are further examples of the rewards that mental health professionals and other volunteers gain by helping survivors of a natural disaster.   While these rewards are shown in the course of non-crisis counseling; crisis intervention counseling has a more immediate effect and often the results are easier to recognize.

The copyright of the article Lessons Learned About Crisis Intervention After Hurricane Andrew is owned by Cheryl Weldon and permission to republish in print or online must be granted by the author in writing.