On September 7, 1940, Hitler began the Blitzkrieg (lightning war) or Blitz, the nightly bombing raids on British cities aimed at destroying the morale of the British people. While most major cities were bombed, the East End of London was a prime target because of the strategic importance of its docklands.

The statistics are staggering. London was pounded with bombs for 57 continuous nights. The first night of the Blitz in this densely populated area resulted in 430 civilian deaths. In the space of 24 days in September 5,300 tonnes of high explosives were dropped, An estimated 47,000 houses were destroyed, and 2,000 people died in raids on Tower Hamlets alone.

Archival Footage of the Blitz

Although the London Underground railway system or Tube might appear to have been an obvious ready made air raid shelter, the government refused to allow people to use it because of health and safety concerns, and because they wished to keep supplies moving through the city.

Instead, the government issued Anderson shelters to families in high risk areas. These were small corrugated steel huts, designed to hold up to six people. They were given to to low income families free of charge, while those that could afford it were charged £7. The families were supplied with construction materials and a set of instructions. They were to dig the huts into the ground in their back gardens and cover them with a protective layer of soil. Although they provided effective shelter, these Anderson huts were damp, cold and uncomfortable, and many people actually preferred to risk staying in their houses.

In addition, many of London’s working poor, such as those living in the highly targeted East End dock areas, were unable to erect shelters because they lived in tenement housing without back gardens. The government provided surface shelters for these people but they were poorly constructed and some actually collapsed during the air raids, killing those inside.

Unable to rely on the government, people began looking for their own shelters. They hid under railway arches, in church crypts, or even in caves outside the city. Many East Enders circumvented the government ban on sheltering in the Underground by buying cheap, short journey tickets and then staying down in the Tube overnight.

Finally, on September 19, 1940, 2,000 people invaded Holborn station en masse in a grass roots action that was hailed as a "people's victory." The police made no attempt to stop them, and as a consequence the government did an about face. They converted a short section of the Piccadilly Line from Aldwych to Holborn into a shelter. Eventually, seventy-nine stations were equipped with bunks and sanitary facilities.

Credit: By Drak2 at en.wikipedia [Public domain], from Wikimedia Commons

Conditions in the Underground were horrendous. The number of people greatly exceeded the available capacity and people slept wherever they could: on the stairs, in the ticket halls and even on the railway tracks. When trains were running the drivers had to move people's arms and legs so that they could get through. With so many people sleeping in such close quarters, families virtually slept in piles. There was absolutely no privacy and because of inadequate sanitation the smell of sewage was overwhelming.

Credit: "Blitz West End Air Shelter" by US Govt - This media is available in the holdings of the National Archives and Records Administration, cataloged under the ARC Identifier (National Archives Identifier) 195768.This tag does not indicate the copyright status

Various efforts were made to improve conditions underground.  Library books were donated. The Entertainments National Service Association (ENSA) provided movies and live entertainment. A children’s play center was installed at the Elephant and Castle station, and regular church services were offered at the Aldwych shelter.

While people felt safe in the Underground, there were still fatalities. When a bomb blew up the water main at Balham station, 68 people were killed. When Bank station received a direct hit, 111 people died. In 1943 when panicking crowds heard an air raid siren and rushed into Bethnal Green Station, 173 people were crushed to death in what later turned out to have only been a drill. 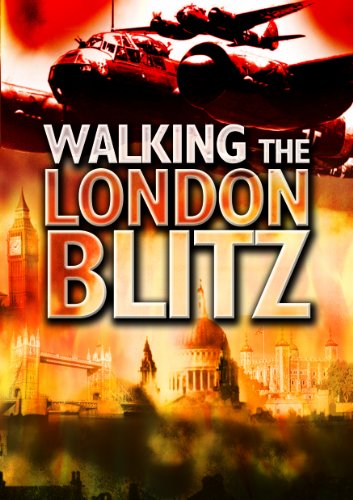 Following the 1940 bombings the government planned to build a system of deep shelters below existing Tube tunnels which would be accessible through various train stations. Built at a cost of approximately £40 per head, each shelter would consist of two parallel 12,000 feet long double-decked tubes. The entrances were protected against direct bomb hits by cylindrical blockhouses. Each facility had toilets, sleeping accommodation and medical facilities for up to 8,000 people. The tunnels were provided with electricity and water, and ventilated with air which was filtered as a precaution against gas attacks.

However, the project proved difficult due to wartime shortages of money, labor and material, and once built they were expensive to maintain. The government completed only eight tunnels, and shelved plans to build more. When complete, these tunnels were not immediately made available for public use. Two were used by the government, and five housed American and British troops. The Goodge Street shelter became the Allied armed forces headquarters and leading up to D-Day it was one of several sites for the US Army Signals Corps. It is also commonly believed that President Eisenhower used it as his command center, although some historians dispute this.

Deep shelters at four stations, Stockwell, Clapham South, Belsize Park, and Camden town, were made available to the public in response to the 1944-45 V1 and V2 attacks. They only reached a third of their total capacity, however, with the highest recorded nightly population being 12,297 on July 24, 1944. Two were closed again in October of that year, and some of the available space was used to accommodate troops on leave.

It has been estimated that 170,000 people sheltered in Underground stations and tunnels during World War II, but that by January, 1945 only about 25,000 people were using either tube stations or deep shelters. Because so many houses had been destroyed, there were many homeless people. After the end of the war about 12,000 homeless continued to use the stations until the sleeping accommodation was removed and the shelters were closed.

After the war, Goodge Street station deep shelter was used as an army transit center and Chancery Lane was used as a telephone exchange. Goodge street was damaged by fire in 1956 and the Ministry of Works decided that deep shelters would no longer be used for human occupation. Some were converted into archival storage, using the original World War bunks as shelving, and Camden Town has been used as a filming location for the long-running television series Dr. Who.

The Goodge Street entrances have now been refurbished and the facility has been named the Eisenhower Centre, in honor of D-Day's Supreme Allied Commander.