Follow Me on Twitter @ DebW07 and on my blogs: Introspective Pics DebW07 Do you like to write? Would you like to earn money writing articles?  Start here: Write for Info Barrel today!
InfoBarrel is a writing platform for non-fiction, reference-based, informative content. Opinions expressed by InfoBarrel writers are their own.
InfoBarrel > Lifestyle > Religion & Spirituality

Lies: Who Told the First - Why People Tell Lies - What are the Worst

That statement also got me thinking about lies, where they started and why people choose to tell lies. While perusing through the Bible, I found what I believe to be the origins of lying.

The first lie is recorded in the book of Genesis. The Serpent told the woman that she would not die but would be like God if she ate the forbidden fruit. (Genesis 3:4-5)

The First Lie by a Person

The first person to lie is also documented in Genesis. When Cain was asked where his brother Able was, he, knowing full well that his brother was dead because he killed him, responded, "I do not know. Am I my brother's keeper?" (Genesis 4:9)

In addition, the Bible says that the lie is the "native language" of the devil. (John 8:44)

How to Spot a Liar 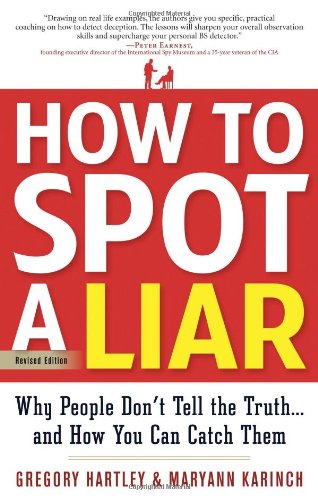 Today, people don't seem to think lying is such a big deal. Folks even have a term for the lies they deem acceptable or harmless, white lies.  Also, some people don't consider the theory of lying by omission, they don't believe that it is a lie when they don't tell the entire truth. As the quote by Nietzsche states, people rationalize and convince themselves that telling lies is a (necessary) part of life.

The reasons for lying are as diverse and sometimes as complex as the people telling the lies. Some of the more common reasons include:

With all the lies out there, what are the worst? The answer to that is subjective, and you may not agree, but I believe the worst lies are ones we tell ourselves. When we justify the lies we tell, we chip away at our dignity. We compromise our ethical and moral values until we lose our sense of right and wrong. Eventually, we become different people, lying without remorse.

The Truth Will Set You Free

Each of us will decide for ourselves whether to lie or tell the truth. However, we must conclude that lying is not a necessary condition of life. Telling the truth is a preferable option, remembering the adage "If you can't say anything nice…"

Watch Out for the Gloomy Grump and the Negative Nelly

Need Extra Cash? 7 Companies that You Should Know About