The center is definitely not the Strip area. If you are visiting LV then you might consider the Strip to be the focal point but if you ever move to Vegas then you will rapidly learn to stay away from the Strip.

The locals do not like the Strip because it gets very congested and clogged with traffic. The crime is higher than in other areas such as Green Valley and Summerlin, and it is simply a pain in the butt. Many Vegas residents will never venture down on the Strip and if they do it is only to show a visiting relative or friend the Strip. These locals will also ignore the Strip completely, or at least attempt to, when it is the weekend. If a Las Vegan has to venture down to the strip to take family member sightseeing then they will try and do it during the week and on a day when it is not a Holiday. On Holidays and weekends it can be very taxing. To drive the complete Strip would be super-slow because the traffic is bumper to bumper and moving very slowly, if the traffic is even moving at all. The traffic can also be awful down on the Strip if there is a major convention in town, even if it is during the week. If it is a Holiday weekend, in the wintertime, with a major convention in town, then the Las Vegas Strip area is one area where you do not want to take a car to. 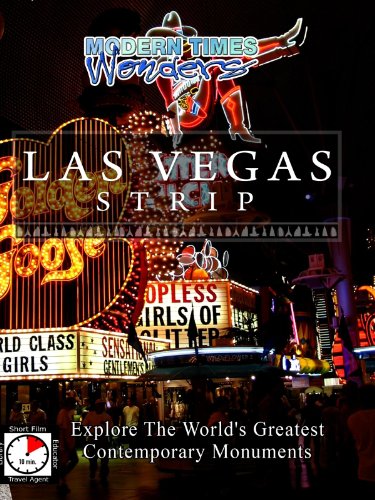 The AVN Awards is the Adult Video News awards. This brings out adult movie stars, adult movie producers, and everybody else involved in adult movies. It also allows fans of adult movies to come to the convention and meet and greet with famous Adult actors who are showing a lot of cleavage. You can get a picture with your favorite Triple X movie star and post it on Facebook. Would that not make our grandma happy to see that when she logged onto Facebook?

Speaking of Grandma, many of the older people migrate to warmer climates in the winter time. These snowbirds attack all parts of the Southern States and Las Vegas is definitely not excluded. Even the snowbirds that stay in Arizona instead of Vegas will still stop off in Vegas and spend some time there. It might be 2 hours at the Railroad Casino buffet or they could plug in their trailer or motor home and stay for a week at the Sams' Town trailer park. It is always fun to talk to these people because they always have interesting stories.

I like meeting new people and if you like meeting new people also then Las Vegas is a great place to live. You get the chance to meet both Natives of Las Vegas, people who moved to Las Vegas sometime after they were born, and tourists. There are always people moving in and out of the City so if you do to like your neighbor in the apartment next door, give it 6 months and he may decide to pack it up and move back to Minnesota.

Las Vegas gets a lot of Asian visitors but since the casinos opened up in Macau there are not near as many big time Asian gamblers flying into Las Vegas to bet $100,000 per hand on Baccarat. Yes they still come but Vegas did lose a lot of business to Macau when it comes to the big time Asian gamblers. These guys bet more on 1-3 hands then your entire home is Worth. Is your home worth $300,000? That can be the amount some of the big time gamblers win or lose in only a few hands!

It is astounding to thing of the amount of money that changes hands at Las Vegas Casinos everyday.

You also may be interested in reading my Thoughts on Visiting and Living in Las Vegas.

The next time that you go to Las Vegas you should take the time to explore. Get off of the Strip and go to places where visitors never go. I am not telling you to go to an unsafe neighborhood late at night while you are drunk and dressed as a tourist because that is just stupid. I am telling you to go see the places that the locals like. I also suggest you go visit Red Rock Canyon. Red Rock Canyon is gorgeous and only a short drive from Vegas. Break away from the Keno machines and see some of the Real Vegas and also some of the natural man-made wonders such as the Hoover Dam.