See a complete list of my featured articles here: "Featured Articles on InfoBarrel" If you enjoy writing and would like to earn money with your articles sign-up for InfoBarrel today!
InfoBarrel is a writing platform for non-fiction, reference-based, informative content. Opinions expressed by InfoBarrel writers are their own.
InfoBarrel > Entertainment > People

Life's a Pitch . . . Then You Buy: Jerry Della Femina and the Mad Men World of Advertising

One of the keys to achieving success in any business is enjoying what you do. Such is the case with Jerry Della Femina, successful in the advertising business he was often referred to as the "'Madman' of Madison Avenue," and was the inspiration for the popular show "Mad Men." Della Femina once famously said; "I honestly believe that advertising is the most fun you can have with your clothes on."

Born to a working class Italian family in Brooklyn, New York in 1936, Della Femina graduated from Lafayette High School and attended Brooklyn College (he later received honorary doctorates from the University of Missouri and Long Island University). Della Femina began his advertising career working as a delivery boy for an agency at the age of 16. He had a difficult time actually getting into the business of advertising until the age of 25 when he landed a job as a copyeditor for the firm of Daniel & Charles. Della Femina worked at several agencies including one of the largest agencies, Ted Bates Advertising, where he became creative supervisor.

When Della Femina was 31 he decided it was time to venture out on his own and start his own agency. He partnered with Ron Travisano, an advertising supervisor he'd met while working as a copyeditor, and started Della Femina, Travisano & Partners. The agency became widely known and recognized for their work on projects such as the Isuzu ads featuring the fictional spokesman "Joe Isuzu," the "Meow Mix" theme song, spotlighting a "singing" cat ), Beck's Beer, Pan Am and many more. The agency was also the first to secure a Major League Baseball team as a client when they were awarded the New York Mets account in 1981.

Della Femina sold his agency in 1986 and continued working with it until 1992. Prior to opening a new agency he opened two successful restaurants and a popular food market in East Hampton, New York.  Six months after leaving the advertising business Della Femina was back in, starting another agency simply called "Jerry, Inc." With a desire to "put the fun back in the business," Della Femina acquired several major clients such as Marvel Comics and Newsweek.  Two years later, Della Femina made the decision to merge with the New York office of Ketchum Advertising, creating the advertising firm of "Jerry & Ketchum," which later changed to "Della Femina/Jeary and Partners." The firm continued to add more accounts to their client list, such as North Shore University Hospital, Aerogroup International, Chinet Paper Plates, and American Express Travel Trade.

Della Femina has been honored for his accomplishments in the advertisement industry on numerous occasions and was named “Czar of Madison Avenue” by Smirnoff Vodka.  He was also named one of the "100 most influential advertising people of the century" by Advertising Age and inducted to the gallery of "Creative Leaders" by The Wall Street Journal. The Creative Leaders are a group of individuals who embody the best in advertising and it is one of the highest honors in the advertising industry.

In addition to having one of the top advertising agencies, Della Femina authored two books; "From Those Wonderful Folks Who Gave You Pearl Harbor" and "An Italian Grows in Brooklyn." The first was a best-seller about the advertisement industry, to which Della Femina states; "I refuse to apologize for telling the truth about advertising, and if it offended some people, that's just too bad. If I had wanted to be loved by those people I would have joined the Peace Corps." The title is the tongue-in-cheek slogan developed during a brainstorming session for client Honda motor scooters.

Described as "the most colorful creative guy in an industry full of colorful creative guys," Della Femina writes a weekly humor column for the East Hampton Independent titled "Jerry’s Ink." In one column he wrote about the 2012 election, he began by quoting Mark Twain; "Politicians are like diapers; they need to be changed often and for the same reason." He went on to elaborate on the results of the election by saying "Too many smart people, whom I respect, went to the polls knowing they were going to cast a vote for a man who has failed the country and gives every indication he is going to turn this country into a second-rate power financially, where your kids and mine are going to pay for his mistakes." While many of his columns are on the topic of politics, Della Femina writes on a variety of subjects. Some of his titles inclue: "Leave the Gun, Take the Cannoli"; Confessions of a Clumsy Oaf; I Hate My iPhone; and The Doggy Poop Chronicles.

After purchasing a building, about which he wrote in his column; "used to house a terrible Chinese restaurant where, at the dingy bar, more drugs were sold than egg rolls. . ." Della Femina built a successful restaurant and ran it for over 18 years. When asked about his restaurant success, he replied "What did I know about running a restaurant? Exactly what I know today, 18 years later: nothing. But not knowing something is never bad – you can always learn, but thinking you know it all can be fatal."

But why, after 18 years did Della Femina decide to close the doors on his popular eatery? It seems as though the president’s policies had much to do with it. Della Femina stated; "I'm just not ready to have my wealth redistributed. I'm not ready to pay more tax money than the next guy because I provide jobs and because I work a 60-hour week and I earn more than $250,000 a year,"

Della Femina married Judy Licht, the co-host of ''Good Morning New York'' in 1983. They met in 1981 when she interviewed him. They were both divorced and Della Femina had three children from his first marriage. Together, Licht and Della Femina have two children who are grown with children of their own.

The Della Feminas own properties in New York City, East Hampton, and West Palm Beach, Florida, but they spend much of their time in East Hampton, and during the summer months you will find their grandchildren running around the pool, having fun. But that may change soon as the couple has put everything they own up for sale, citing pessimism about the future of the economy and other reasons. But Della Femina is not pessimistic about his future or the couple’s move, stating; "We believe we bring the party with us."

Now that's anything but a "Mad" Man. 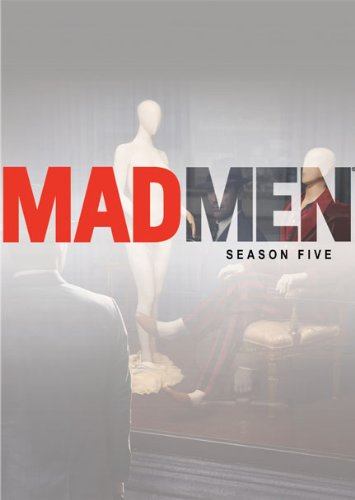 For Information on Other Topics, Take a Look at the Following;