This article explains light energy for kids in an easy-to-understand manner. Read on to find out more about light, its sources, colors, transparency of materials, shadows, and so on.

Light is a form of energy that our eyes can see. It is made up of billions of tiny particles known as photons. It is not matter because it has no mass and does not occupy space. It also travels in a straight line.

It travels at a very fast speed -- 299,792,458 metres per seconds to be exact. This is so fast that it appears instantaneous to our eyes. In contrast, the speed of sound is 340.29 meters per second, which is a lot slower. This is why during a thunderstorm, we see lightning first and hear thunder after a few seconds.

Light sources are things that produce light on their own. Light can come from natural sources or man-made sources. Natural sources of light are stars, such as the Sun which is also our most important source of light. Other natural sources include lightning, volcanoes, and even from animals such as fireflies. Artificial or man-made include electric bulbs and lamps.

Is the moon a source of light?

A moon in your room 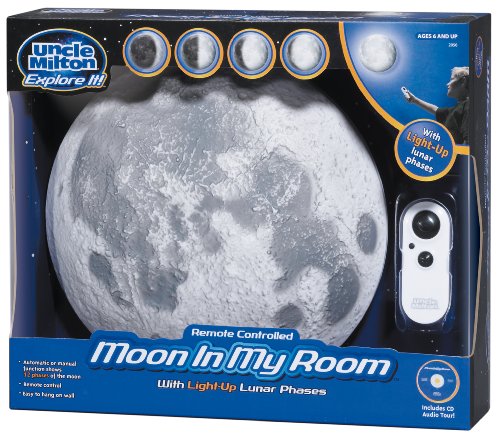 Uncle Milton Moon In My RoomAmazon Price: $29.99 $15.62 Buy Now(price as of Aug 3, 2013)
This amazing realistic model of the moon hangs in the wall of your room and changes to show 12 different phases of the moon.

Our eyes see only when light enters them. We see objects when they either produce or reflect light.

Although we see objects when they reflect light, not all objects form an image like a mirror does. Objects where images are not formed have a rough surface that reflects light unevenly (the rays bounce off in all directions). In contrast, a mirror has a very smooth surface which causes light to bounce off it at the same angle that it hits the mirror, thus forming an image.

White light is actually made up of a combination of different colors of light. The colors are red, orange, yellow, green, blue, indigo, violet. Did you notice that these are also the colors of the rainbow? 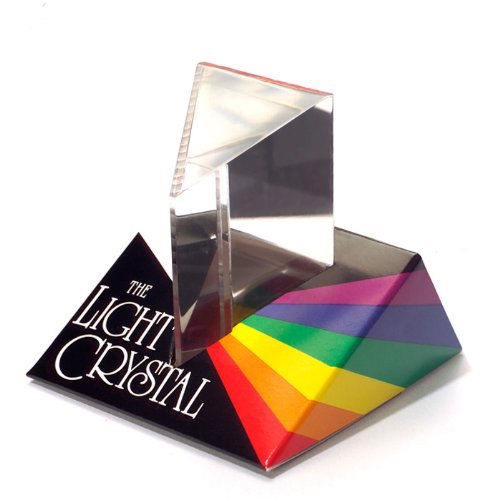 Tedco Light Crystal Prism - 2.5"Amazon Price: $8.98 $6.26 Buy Now(price as of Aug 3, 2013)
You may notice that rainbows tend to form after a rainy day. This is because sunlight passes through raindrops and splits into many different rays. You can also create a rainbow by shining white light through a prism.

How do you change the size of a shadow?

Shadows and the time of the day

Shadows are the longest during morning and evening and the shortest during the noon.

Using shadow to tell the time

A long time ago, people used a sundial to tell the time. A sundial is a device is put out in the sun and casts a shadow onto a marked surface. The shadow moves onto different positions during different times of the day and this allows people to tell the time without a clock. 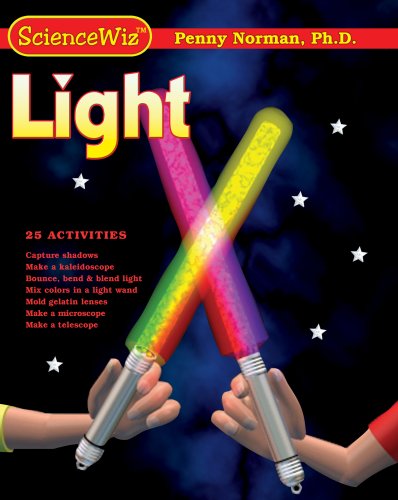 ScienceWiz / Light Experiment KitAmazon Price: $19.99 $10.65 Buy Now(price as of Aug 3, 2013)
Learn the basics of light energy for kids with this Science kit that includes 25 different projects with step-by-step instructions. Create rainbows, build spy boxes with mirrors and catch a shadow with this experiment kit.
Next >> What We Lose When Schools Stop Teaching Cursive Writing