Follow me As I RENOVATE my Fixer Upper!
InfoBarrel is a writing platform for non-fiction, reference-based, informative content. Opinions expressed by InfoBarrel writers are their own.
InfoBarrel > Home & Garden > Home Design

Living In a Trailer While Building A House - How To Survive

Here are a few tips so that your setup and daily living are not going to take a toll on your emotional well being. Been there done that!. We lived in one, actually it was an old RV for six solid months. At the time we had two teenagers a cat and a dog, and were doing a lot of this house building our self.

We did save a lot of money, but there were many bumps along the way. If you can pre-plan some of these things then you may have a smoother ride camping on site!

We chose to live in one while building our house. The town was not thrilled with this idea, and when we were getting our building permit they had strict rules for trailers. This derailed us a bit, but we found a bit of a loop hole, and that was to get an old RV, since this was technically a self running vehicle. They had no problems with that. They didn't like it, but had to agree it was a vehicle.

So, unless you want the town to come and tow away your trailer, you should make sure you are allowed to live on site. They may just label it the "site trailer" and turn their heads after that.

We were refused temporary electricity to the site, until the basement was in and structure up. Your township may be different, but you will need to be prepared for this. We were under the impression all we had to do was provide a pole (we are in rural farm country) and they told us "that used to be allowed" but now it is not.

We found out this information just weeks before moving on the site, so we panicked a bit. So, be ready for this and purchase a good running generator. One that is powerful enough to run your trailer and your equipment on site. Not all contractors have their own generator. Make sure you always have fuel for it.

RV Living While Building a House 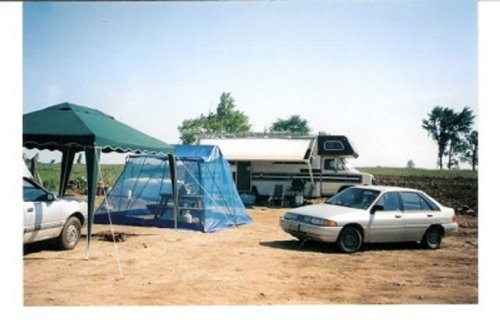 Living In a RV While Building a House Will Your Sanity Survive? - My Story Amazon Price: Buy Now(price as of Sep 15, 2018)
This is a powerful generator, and if you are using it to build a house, you need as much power as possible. It was one of the best investments we made.

If it is not powerful enough, the contractor will unplug your trailer, so now you will be living off your auxiliary batteries. So be prepared for this, and spend the extra money on a generator. Say goodbye to hairdryers and any "extras" that may pull on the hydro.

As it turned our, when we got the basement in, and applied for the temporary hydro, and by the time they were going to issue it to us, we were putting in the underground trench for the permanent hydro anyways, so we kept using that generator everyday for 6 months! So, make sure while living in a trailer, that you get a good generator. Worth the extra money.

Since you don't have hydro, or a well yet when you first get on site, you have to figure a way to deal with water. You can buy jugs for drinking, but what about your showers, cooking and bathroom? Your trailer most likely has a tank, but they are not that big, and most trailers usually hook up to water at a park, so they were never intended to live off of for weeks and months.

We looked into getting water delivered to the tank while living on site, and it was going to cost huge bucks!. So, we looked around, and came up with a great idea. We called an events company, you know party rentals, and anyone who rents tents etc for large events. We rented a large water tank from them. This would get filled by a water company and would last us pretty well 3 weeks to a month at a time. We did not drink this, although I think you could have, but we used it for the shower etc.

So, now how to get the water to the tank in the trailer? We purchased a small pump, and then pumped it to the tank as we needed it, using the generator. 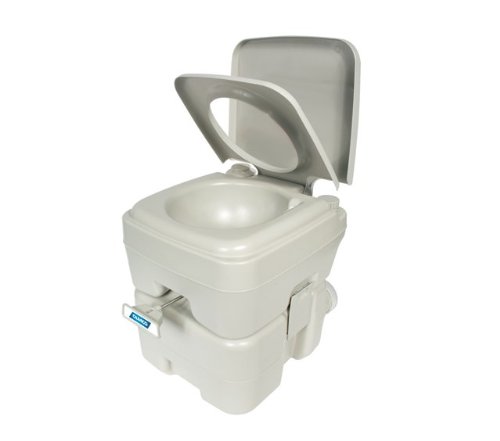 The town had preferred us to get a chemical outhouse on site, which we did, but you also would need to get the trailer pumped as well. But we were given permission to dig a large covered pit for gray water, and use the outhouse for "other business". So, I told my husband after spending the first week here, that we were officially red necks!

A typical day for us, was to get up, go outside and light the propane water heater (to save propane we did not leave it on all the time, but you had to light it on the outside of this trailer) wait about 20 minutes, this of course was after starting up the generator, then plugging in the little pump to pump water into the RV from the bigger water container that we rented, then have a shower!.

Many people don't realize, the planning and work involved in setting up a trailer to be running like a house with no utility attachments, it is like living in Little House on the Prairie. But a huge word of advice here. You have to be comfortable in order to build this house. If you have to spend half your day with the daily rituals of living (cooking, showers etc) then you are not going to get your house built and you are going to burn out fast.

So, if you are thinking about living cheaper onsite while building a house, then spend as much time planning the living part as you are the house building part. Also plan where you are going to sit this trailer, and what to do about mud, and rain and everything else.

We ended up running into December, we were not prepared for boots, mud and cold. Due to delays this house was not ready to move into until December 6th. It just so happened to be one of the coldest falls on record.. Our lines started freezing, and we put a huge priority on getting into the house.

Make sure you source a good supply of propane for living in a trailer. Most trailers need some sort of gas for cooking, water heater and the furnace. Come November it can be harder to find someone to fill your propane tanks (ours were like barbeque sized ones!) 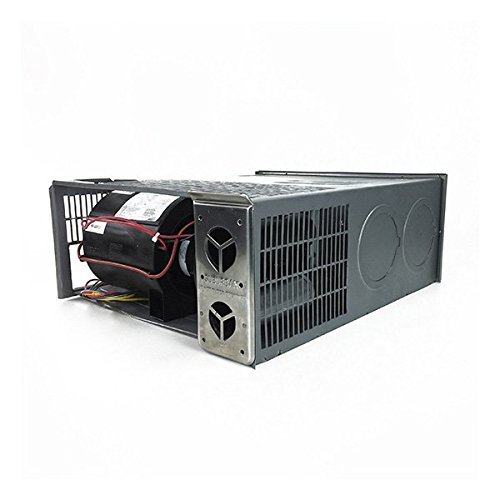 Make sure the furnace works in your trailer. Back in May or June this may not seem important, like we did. We thought we would be in the house by October, but come November, thankfully we were able to get the furnace running.

Of course after living in a trailer for 6 months, I was never so excited in all my life to see a bath tub and a regular flushing toilet! I am sure this was a plan, because I had said we would not move in until everything was done, right down to the last bit of trim. That sounded good back in July!, but by the time December rolled around, there were no interior doors up, no kitchen, nothing, but there was a toilet and a bathtub.. I was happy!

So, really try and picture your day to day life living in a trailer, while building your home. Yes you will save money, but you need to keep your sanity too! We are still married, so we survived living in a trailer! I should get a t-shirt with that on!

Living in an RV 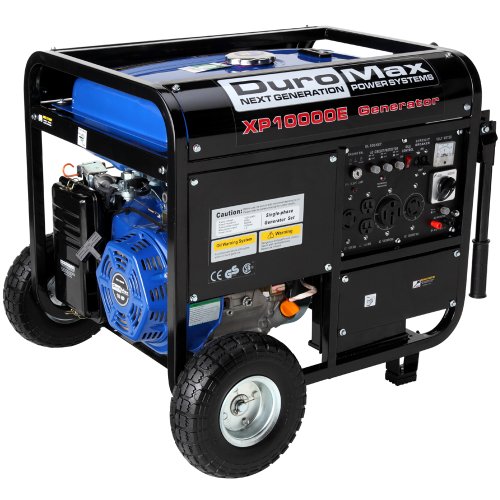 If you are trying to save money on accommodations while building a house, then you may have thought about living in a trailer on site.

In theory, this idea works. This definitely has its pros and cons on your building site. But there are a few things you need to line up in your plan on doing this trailer living for very long.

Many parks will have hookups for your hydro and your sewer and your water. Some even have cable so you can watch your TV, but if you are planning to liv in a RV or trailer on your building site, then this all needs to be attended to, and be ready to say goodbye to cable for a while.

RV Living While Building a House

Living In a RV While Building a House Will Your Sanity Survive? - My Story Amazon Price: Buy Now(price as of Sep 15, 2018)
Next >> Pedestal Sink Cabinet - Instantly Create a Portable Under Sink Vanity - Perfect For Rental Homes - No Construction or Harm to Walls