Living in the Roman Empire

Rome, was built on the legend of Romulus and Remus, the twin boys of Mars, the Roman god of war. According to this myth, an evil, plotting uncle threw the two boy in the Tiber river attempting to drown them. The boys were later found on the shore of the river,  by a wolf mother who suckled the boys, until a herdsman took over their care. When the boys grew up, Mars instructed the brothers to build a city where Rome is now located.  The legendary year when this building commenced was 753 BC. Then one day the brothers argued and fought resulting in Romulus killing Remus. Rome was named for the victor.

Go Back in Time

If you could go back in time to 800 BC, you would find the area around, what would become the heart of the Roman Empire, very peaceful consisting of small villages. By the time of Tullus Hostilius, (673-641BC) Rome was beginning its conquest of territory and rapid increase in population. The Latin language as we know it had taken shape by 600 BC, by 509 BC the Temple of Jupiter in Rome was completed and Rome had become a republic. Rome was developing a very definite power and character.

By Thomas Cole -The Consummation of Empire

There were many standout personages, in the almost 500 year history of the Roman Empire, such as Augustus, (63 BC-AD 14 ) who was the adopted son and great-nephew of Julius Caesar. Augustus, defeated Mark Antony at the Battle of Actium in 31 BC and went on to become Rome's first emperor. The emperor Nero, is another notable fellow, who is famous, but for all the wrong reasons. Nero initially started out well, after all his tutor was the great philosopher Seneca. Things however, ended badly. Not only was Nero blamed for starting a fire that caused immense damage to Rome, he is also believed to have kicked his wife to death, attempted to murder his mother and went around seducing married women and young boys.

The Roman Empire also, made famous some very powerful and resourceful women like, Queen Boudicca, who led an uprising against the Romans in Britain in 60 AD and Cleopatra, (68-30 BC) an Egyptian Queen, who had herself rolled up in a mat and delivered to Julius Caesar. Later, she fell in love with Mark Antony and the pair committed suicide together.

Roman society was dependent on slave labour and most slaves were sold by public auction, or at specialised shops. It was also the case that a Roman father, known as the paterfamilias could and often did sell his own child into slavery, something that we may find difficult to understand today. Ownership of slaves, was a mark of status and many rich people had many, many slaves. The  historian, Pliny the Elder, mentioned one man who owned 4000 slaves. Slaves could sometimes be freed and became a separate class of Roman society called liberti. Some former slaves, also managed to become very rich and powerful.

Before  the Roman Empire , people who lived in the region of Rome mostly farmed the land, growing vegetables and  olives and keeping geese, chickens and bees. At the height of the empire, with riches flowing into Rome from conquered lands abroad, magnificent villa houses were built. These estates with their grand homes, were often wonders of engineering and luxury. Hadrian's villa for example, built for the Emperor Hadrian around 124 AD was a palace of luxury, which sat on a hillside, featuring swimming pools, banqueting halls, theatres, libraries and pavilions. Exotic gardens and parklands surrounded. Sadly he died four years after the villa was finished.

Most clothes in Rome, were made of wool, that was spun and woven on looms by slaves or women folk. Tunics were worn by workers, slaves and children. Men of importance wore togas, which were draped over the shoulder. Women wore long dresses called stola and large shawls called palla. A young girl would wear white until her marriage, after which she was permitted to wear bright colours. Wealthy women of Rome, would often have many slaves to dress them and brush and arrange their hair.  Makeup for the skin was made of chalk or even poisonous lead. Rouge on the cheeks came from red ochre, a type of clay. Eye shadow could be made from the spice saffron, or a crushed stone called malachite. Roman women also loved to wear perfume and used plant oils and spices like cinnamon and cardamom, mixed with animal fats or oils. Wigs and hairpieces were also popular and a bride would wear many layers of artificial hair at her wedding (it must have been a shock for the groom when he discovered his wife was not so naturally hirsute).

While the Empire of Rome may have come to an end long ago,  what remains of the once great and vast empire, can still entrance and enthrall us today. 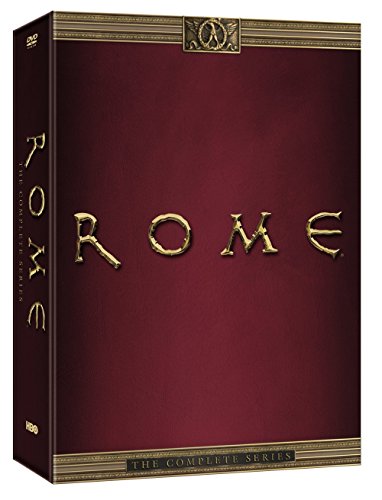