Thomas the Tank Engine, also known as Thomas the Train was created by the Reverend Wilbert Awdry in 1943. Thomas & Friends toys are hugely popular with children today as there has been resurgence in the popularity of Thomas in recent years. Thomas and his friends who are also engines have had a make over. Thomas’s friends are many but the main ones, over the several TV series, are Percy, James and Gordon and all of them have had a face lift of sorts. New computer imagery called CGI allows lip synchronization on the engine faces and eyebrow arching is also visible in new TV series and movies. The newest movie is Day of the Diesels and the new features are used extensively in this film. The most noticeable of these new facial and eye movements is that all the engines have the capability to blink.

The old, wooden, pull-along toy trains for young children are toys that have withstood the test of time and are still popular and loved by children today. Thomas, still sporting the lovely blue color has changed little in 60 years but he has gained many ‘real’ admirers and numerous steam engine toy friends. This great value Thomas train is less than $5.

Collectors of Thomas & Friends toys would be hard put to keep a current collection of Thomas’s friends which have grown since the early introduction of regulars like Gordon, Percy and James. New engines and toys are added periodically to the stories of Thomas and his adventures and it seems likely that Thomas the Train will be with us for many more years. The simplicity of wooden toys as opposed to Lego bricks and KRE-O building block toys are more suited to younger kids. Train toys are hard to beat as they provide so much pleasure to young minds and fuel their imagination.

The Railway Series by Rev. Awdry

Reverend Awdry became famous as the writer of The Railway Series which featured Thomas the train and his friends. The Reverend actually carved the small blue wooden toy, later called Thomas, for his son Christopher. The collection of friends (or toys) was added to, as new engines were introduced to Thomas over the years. The introduction followed on from the initial success of the first book (The Three Railway Engines) to the present day. Reverend Awdry was born 100 years ago and lived to see the huge success of Thomas but he passed away in 1997. He always had a love of the railway and he saw it as a great privilege to be associated with ‘real’ steam engines. The name Rev. W. Awdry appears on a real British Rail locomotive (Class 91) to honor the writer of Thomas and naturally the color of the locomotive was blue. The British Rail Class 91 fleet nameplates feature many famous names such as ‘The Flying Scotsman’, ‘Sir Michael Faraday’ and ‘Queen Elizabeth II’ on their locomotives so Rev. Awdry is in very good ‘train’ company indeed.  He received an OBE (Order of the British Empire) to honor his literary work, from the Queen of England a year before his death.

Thomas’s Day of the Diesels

Thomas gets a movie make over

The newest offering from Thomas and Friends is available on DVD and Blu-ray and is far removed from the early TV shows featuring Thomas the Tank Engine. The static images of the TV shows are gone and have been replaced with an animated version of Thomas’s face with great eye movement, lip synchronization, eyebrows that arch and wonderfully blinking eyes. All the engines in the movie are thus animated and proceedings are enlivened dramatically as a result of the latest CGI technology. Recent movies of Thomas & Friends as well as TV series in the past 2 years have availed of Computer Generated Imagery to showcase the remarkable Thomas stories.

Thomas and the Diesels do battle

Thomas comes up against Diesel 10 who is plotting to take control of the Thomas’s Steam Works. Poor Percy is enamored by Diesel 10 and gets on the wrong side of the track, so to speak. New engines are introduced in this movie to aid Thomas in the fight. The new-bees are the lady Belle and the mighty, fast and fearless Flynn who are both firefighting engines. The storyline is predictable, much in the same mold as all the Thomas, good versus bad, scenarios but is high enjoyable none the less. The movie lasts just under the one hour mark which is ideal for most young tots as anything longer just won’t hold their interest. It is an action packed DVD and sure to give parents a nice break for an hour in the afternoon. The great thing is that the kids will watch it time and time again so it has lasting appeal and will be money well spent. The downside is that you may have to search the toy stores for the new Belle and Flynn toys this Christmas.

Apart from the pull along toys, this is just a small sample of the items that you can buy that have a Thomas connection. The range is extensive and even within each facet there are dozens of permutations. For instance there is every make, shape, size and color of Birthday cake with a Thomas the Tank or Train theme and these cakes just feature the main character. A Thomas & Friends live on stage musical was initiated in 2010. These is a quite a big supply of goods for the other characters too, such as Gordon, Percy and the other friends. You will never lack an idea for a young child’s present with the selection of Thomas & Friends gifts given below.

England’s Royal Mail issued this magnificent set of beautiful stamps in 2011. The set has 6 postage stamps, each one with Thomas & Friends featured on them. The main first class stamp is Thomas himself and the other five have values of 66 pence, 68 pence, 76 pence, 1 pound and 1pound 10 pence and in the order given they are James, Percy, Daisy, Toby and Gordon. There is a magic about these stamps which make them a great collector set to have for any philatelist or person who remembers playing with these train toys when they were younger. 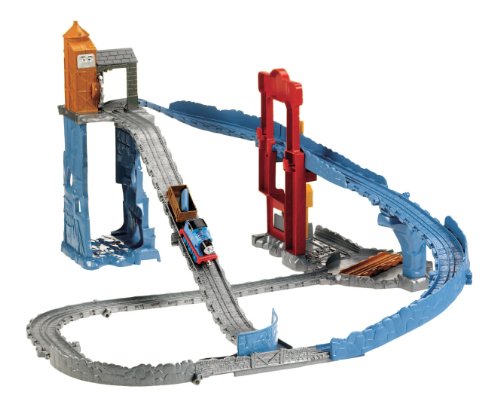