Love of money: A society in decline 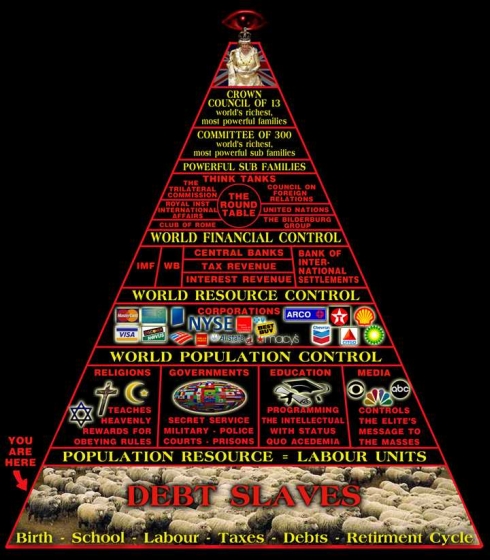 Life is moving at break-neck speed with many of us barely having the time to find our bearings; If we don't keep up, we get left behind. We have to keep up pace with work, rent, car payments, phone bills, electricity bills, bills bills bills, and amongst this maelström we still have to find time for family, friends and indeed, the finer things in life. Modern living has brought with it a game of systematic chaos which we all have to adhere to it's rules, if we want to accomplish anything in life. We have been taught and told how to live life instead of allowing ourselves to explore and learn life. I was always under the impression that we are all different, so how can we expect a stock standard education system to work for everybody? If education is the cornerstone and the foundation of a solid society, why does the education system seem so primitive?

Real education should be the foundation of society, but instead we have placed money, economy, and thus, power, as a foundation. Its side-effects and by-products are playing havoc in our society. The irony being that we have played this game of systematic chaos for so long that most of us cannot even comprehend an existence without money. We have put so much value into money that life has become this never-ending quest to obtain wealth because we believe without wealth and money we will struggle to survive and be happy, and because we believe in this so tightly, we have made it our reality and now our society is in decline because of it.

A brief history of money

There has always been a form of trade, which can be dated back to even 100 000 years ago. It was a lot simpler then; you have something I want, what of mine can I trade for it? Back then it was mostly farmers, herdsmen, fisherman and travellers trading their goods by bartering. This was in essence the first markets. When pottery made its way into society, they were able to store grain, flour, barley, whatever needed storing and indeed whatever needed selling. The onset of pottery also gave birth to food science and so they found more demands to supply all year round. Barley became beer, wheat became flour, then bread. Milk became yoghurt, then cheese. Their supply was no longer limited to seasonal agricultural productivity any more, but they could supply the perennial needs of man. Now imagine transporting these heavy, ceramic urns, filled with grain or herding sheep and various other agricultural goods to the markets. This saw the rise of small clay tokens that were fashioned into representing various commodities, which were traded at the markets to make exchanges which were later fulfilled by the actual delivery of the goods. This is the basis of our present trading system of supply and demand. It seems like a good, logical solution. Unfortunately like so many solutions, they start with good intentions but result in the ironic.

Human instinct is to survive. As long as man has needs to survive there will always be taking. As the need to survive increases, so too does the extent of the taking. The problem with the clay tokens was that they were easily counterfeited. Ancient fraud. Somewhere along the line we slipped up. Almost as if our egos took a shining to material wealth, its benefits and the way it made us feel, a little too strong. If a poor hungry man can counterfeit these clay tokens and trade for flour to make bread to feed his family, why can't I? I wouldn't have to work as hard. Greed.

The history of banking and the history of money are closely related, but some form of banking transaction actually pre-dates the invention of money. The banks then initially dealt with the deposits of grain, barley, cattle and eventually precious metals.

Fast forward to the development of modern banking in middle ages Europe where disposable wealth was usually held in the form of gold or silver bullion. For safety, assets were kept in the safe of the local goldsmith, as he was normally the only person who had a vault on his premises. The goldsmith would then issue a receipt for the deposit. Eventually instead of buyers withdrawing their gold, giving it to the sellers, who would deposit it again (often with the same goldsmith), people simply exchanged the smiths' receipts when doing their financial transactions. These smiths' receipts thus became the first form of banknotes.

The goldsmiths noticed that only a small portion of the gold and silver held with them was being withdrawn. They began issuing more of the receipt notes themselves and loaned it to people seeking capital. In other words they used other people's deposited gold as a way to make money for themselves in the form of charging interest on their loans. The goldsmiths found they could issue receipts of up to ten times the sum of what they were holding without anyone usually knowing. This is called “fractional reserve lending” and is the backbone of our modern-day banking industry. That's right, today, 90% of what a bank lends out does not exist. Money out of nothing. And so human kind took its first steps in putting too much value into a concept, Money. Nothing.

Banking and monetary wealth played an important role in our development, it has given rise to some great things but at the same time too many misfortunes have followed. The decision goldsmiths made to loan out others money and charge interest was a significant turning point. It all of a sudden put me ahead of you; turning a community based society that was about co-operation into one that was of competition. The spoils of war is sweet to those who have it, and everybody wants it. No human wants to struggle unnecessarily. When is enough, enough? Unfortunately these days it seems like enough is certainly not enough. So we have to work to earn money, earn money to live. What will I have to do to live? Will I have to work multiple jobs I have no interest in, in companies who don't care for me in any way, only how much money I can assist them in making? Will I have to wake up every morning, hating the job/s I have to do to earn money, so I can live? Is that living? That is giving up the ideal of freedom. Worse, it's giving up an ideal for money. Nothing. That is just one example. How about having to deal with impossible clients who make your work a living hell? The only reason you do work for them, is for the money, money so you can “live”. It creeps everywhere, spreads like wild-fire, because the concept of wealth will mean a happy life for me. Me. Me. Soon everyone has given up ideals in exchange for money, which ironically we exchange to live.

Now its all about money. Quickest way to make money. Best way to save money. Best way to invest money. Best way to make more money. We retrench other people so we can save more money. We come up with clever marketing schemes to sway people's decisions to choose me over another. Competition. We have now made this our reality, an environment conducive to competition and friction. It spreads like wild-fire. A psychological wild-fire. If you drum this way of life into generations of a society, it will become the norm and as societies continue to evolve, the consequences are more drastic. Now, with capitalism and its ideals, everything has a price tag, everything can sell, including your life. We end up running in to huge debt because we have learned to love the by-products of money and have become accustom to this way of life. We become desperate, doing anything and all to “survive”. We will sell anything, turn anything into a commodity or business, so we can make a tiny portion of that 90% of imaginary money. Why? So we can live? By escaping our 9 to 5, escaping to leisure? Escapism. As the stress of this reality increases, so too do the extremities of our escapism, so much so, that escapism for some becomes a perversion. We have to escape and are willing to pay huge amounts for our leisure, our escapism, our perversion. Alas, even our leisure is a commodity, waiting to be exploited. Waiting for someone to make money out of our exhausted lives. 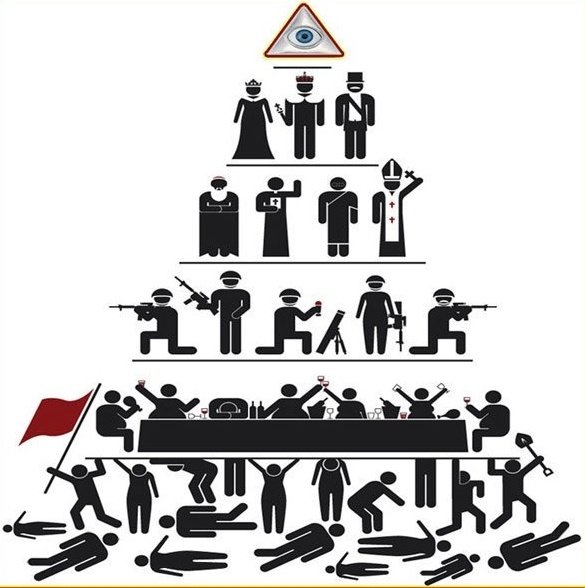 Humans are incredible, because we can adapt. We adapt to survive. To adapt, we must learn. From the moment we leave our mothers womb, we are learning. Learning to adapt to this external world. Children are like sponges. They absorb their surroundings, taking in the new and processing it. Learning. Our society, our world is one big school. Children learn from us, and indeed we learn from each other, but I fear we have been and continue to recycle the wrong lessons. It is no measure of well-being, to be well-adjusted to a sick society. Perhaps mankind needed to go through this phase. Perhaps it was inevitable in our evolution to learn, but now times have changed. We under-estimate relativity. What was relevant hundreds of years ago, is not relevant today. So what are our options?

Einstein once said, “You can never solve a problem on the same level on which it was created.” so our thinking has to change. There are other socio-economic models that do offer an alternative to our capitalist democracy that much of our world embraces. Theoretical models such as a Resource-based economy, proposed by futurist, Jacque Fresco and his Venus Project, offer solutions to many of the worlds current problems, such as war and unnecessary violence, assisting in stabilizing the world's population through education and voluntary birth control, restoring our natural environment best we can, as well as several other fundamental propositions that could very possibly have amazing benefits for you, myself, our global society and indeed planet earth.

Unfortunately breaking our current way of thinking is hard. Those who have money, and thus those who have power, like it that way, so they will fight hard to keep their ancient regime. Lets not forget the actual power money holds. Something like only 5% of all the world's wealth is actually in some kind of tangible form, either coins or paper money. The rest are ones and zeros in a computer. 90% of the money out in the world does not exist. Nothing. Just a concept, yet we have allowed it to dictate our lives. Its time to wake up from this somnambulist society, and by sharing information, opinions and spreading awareness, we will encourage each other to awaken from this false slumber. It's no longer good enough just to survive. We are slaves to money and I don't want to survive being a slave. Its time to be free.