See a complete list of my featured articles here: "Featured Articles on InfoBarrel" If you enjoy writing and would like to earn money with your articles sign-up for InfoBarrel today!
InfoBarrel is a writing platform for non-fiction, reference-based, informative content. Opinions expressed by InfoBarrel writers are their own.
InfoBarrel > Lifestyle > Dating & Relationships

Put two people together and eventually they’ll have a spat. Think about the last argument you had with your mate, was it a major blow-up or a minor rant? Couples bicker over everything from what to have for dinner to where to live, but there are some topics that seem to cause a majority of disagreements between seemingly blissful duos. The chances are pretty high that the bone of contention of your last argument with your significant other has something to do with one or more of the following topics.

Nowadays unfortunately, not many people have a great deal of money and therein lies the foundation for disputes over finances. In addition, when two people get together often times one will be a "spender" and the other a "saver." This combination is ripe for battles.

"Adam was the luckiest man; he had no mother in law." - Mark Twain

Many couples who argue about their in-laws usually have difficulty setting boundaries and communicating these ordinances to them. Spouses often take it out on each other when an in-law says or does something to hurt one or both of them. Holidays or family get-togethers usually trigger many arguments on the topic of in-laws. For many couples, they believe the best thing they ever did for their marriage was to move far away from their families.

"It is not love that is blind, but jealousy" - Lawrence Durrell

Jealousy is the result of insecurity and a provocative ingredient for an explosive argument. The topic of jealousy is not limited to the opposite sex, people are jealous of many things such as success, happiness, children, and really anything. An argument about how much time a person spends at the office can really be about a person’s veiled jealousy over his or her partner's success.

Couples may argue over the amount; one person in the relationship may feel they are not getting enough, while the other is fine with the amount and may even consider it too much. Some couples bicker about the act; one may be more adventurous than the other and that may cause conflict. In addition, couples may try to use sex as a way to control each other and that will also lead to disputes.

"God loves each of us as if there were only one of us." - Saint Augustine

When two people with different religious backgrounds get together there is always the discussion of which religion to follow. This discussion will intensify after a couple has children. However, even when a couple follows the same religion, there may be disagreements about when and how often to attend worship services, giving money, and other issues.

"When the power of love overcomes the love of power the world will know peace." - Jimi Hendrix

The struggle for power in a relationship begins when humility is lost. Although the word "power" may never be used in specific arguments, it will be the underlining factor in many fights. A disagreement about what car to buy, what color to paint a room, where to go to dinner, or whose family to visit during the holidays may actually be rooted in a power struggle.

"One might as well try to ride two horses moving in different directions, as to try to maintain in equal force two opposing or contradictory sets of desires." - Robert Collier

Being in a relationship with a partner who holds different political views may, at times, spark contentions discussions and could even lead to all out brawls. Even when couples agree to disagree and not discuss the topic of politics, sometimes a news story or other political event may lead to a heated discussion on the topic.

"My idea of housework is to sweep the room with a glance." - Erma Bombeck

There could be several reasons for couples arguing over the household chores, such as when one person in the relationship is messy and doesn't pick up after him or herself and the other person is extremely tidy. Another reason for contention would be when both individuals work outside the home and have an expectation that the other person (usually the wife) will do more of the household chores. The issue may be compounded when a couple has children who cannot or do not pick up after themselves.

"A crust eaten in peace is better than a banquet partaken in anxiety." - Aesop Fables

A person who feels the weight of the world on their shoulders, whether it's employment related, illness, family issues, or other stresses, tends to have a short fuse and is therefore ripe for an argument with their spouse  (or with almost anyone for that matter). When one or both partners are dealing with issues of stress the slightest annoyance can turn into World War III.

"Everybody knows how to raise children, except the people who have them." -  P. J. O'Rourke

Most couples have different ideas when it comes to raising children. One spouse may be strict while the other may be lax and thus discipline becomes an issue when a child acts-up or breaks a rule. In addition, when a couple has different religious beliefs, they may disagree about how their children should be raised or where they should worship. Sometimes couples argue about where their children should go to school or what they should major in. When it comes to children, couples find lots to disagree about.

It's normal to have lovers' quarrels, it happens. The important thing however, is not that you had a disagreement but that one, or better yet both, were able to come together and find some common ground and maybe even say the two most difficult words in the English language; "I'm sorry." After all, life goes on . . . even after an argument.

Find Help for Your Relationship 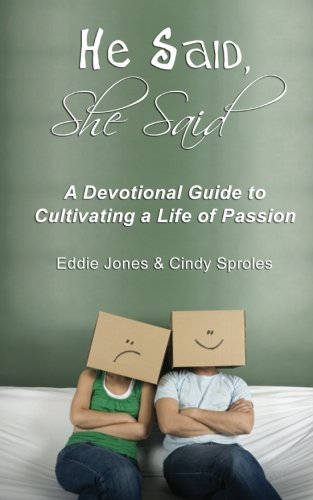 Find Information on Other Interesting Topics