As a graduate student at American University studying international affairs, I have a passion for language, culture, and travel. I also have limited resources. As a result, I have studied and travelled extensively though Eastern Europe, Russia, the Middle East, Asia, and South America at little or no personal cost.  I also run a tutoring business. Check out our website here. Like Info Barrel? Sign up here.
InfoBarrel is a writing platform for non-fiction, reference-based, informative content. Opinions expressed by InfoBarrel writers are their own.
InfoBarrel > Travel & Places > Places > Peru

Machu Picchu is one of the most mysterious and awe-inspiring places on earth. Located high in the Peruvian Andes, it is a popular destination for over 850,000 tourists each year. Here are some interesting and little known facts about the so-called lost city of the Andes.

Lost is a Relative Term

The city was built around 1450 by the Incas and abandoned in the mid 17h century to prevent the Spanish conquistadors from finding it. Common knowledge holds that the site was unknown to the outside world until Hiram Bingham III “discovered” it in 1911. He was led to the site by a farmer and a young boy, and when he arrived, there were three families of farmers already living at the site. However, there is evidence that a German engineer, Augusto R. Berns, beat Bingham to the site when he built a saw mill in the region in the 1860s.

Altitude is an Issue

Located in the Andes, Machu Picchu has an elevation of around 8,000 feet above sea level. At this altitude, the air is too thin for many people to get enough oxygen from the air, and as a result they suffer from altitude sickness. If you plan on travelling here, it is important to move slowly for the first few days to avoid passing out. Conversely, the Incas had no difficulty with the lack of oxygen in the air and were even accomplished long distance runners. 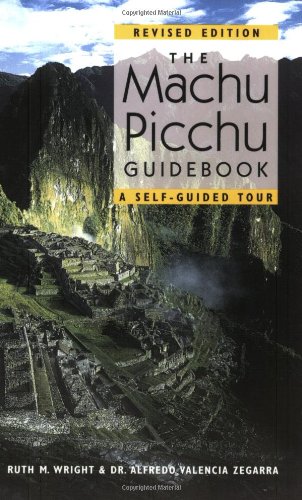 The Incas were an incredibly advanced society that highly valued mathematics. This ability allowed them to grow crops on mountain sides and plan large cities. It also allowed them to construct buildings that are still standing today despite the seismic nature of Peru. Their masonry skills were so advanced that despite the lack of mortar, they left no space between the stones that make up the structures in the city. They also designed the structures with deep foundations and wide bases to prevent collapse during one of the region’s frequent earthquakes.

Getting a Bird's Eye View

Every day, people line up at the crack of dawn to get to the ruins before the crowds of tourists. Aside from guaranteeing better vacation pictures, arriving early has its benefits. The first 400 people to arrive each day are allowed to climb Huayna Picchu, the tall peak in the background of most photos. In addition to the fantastic view of the ruins, there is a hidden temple known as the Temple of the Moon located at the far side of the mountain where mummies were once stored.

There Are Still Discoveries to Be Made

Beyond the central ruins, you will discover several paths that lead into the wilderness. The cloud forest grows quickly and conceals many of the areas around Machu Picchu. The fact that there are still discoveries to be made may be one factor that continues to bring thousands of people to Machu Picchu every year.