That's it, the duel between Anand and Carlsen is settled and the chess world has a new champion! The match, which started the 7th November was to be played in a best-of-12 format and Carlsen having a 3 point-lead after 10 games, the 2 remaining games will not be played.

Here is a quick summary of what happened during the match.

Official logo of this event, fair use

1. Is Magnus Carlsen the Youngest Person to Become World Champion?

But before I start looking at the hot events of the match, let me answer this common question: is Carlsen the youngest chess World Champion?

The prognoses were very indecisive. Magnus Carlsen had a better rating but Anand had much more experience in a match format, having defended his title against Kramnik, Topalov, Gelfand. Carlsen had mainly played in tournaments.

Also, the match was played in Chennai, the home town of Anand, and some people predicted it would be hard for Magnus to handle the pressure.

The first 2 games were quick draws by repetition (the game is drawn if players repeat the same position three times and either one asks for it) and spectators from whole over the world were very disappointed.

Things really started in game 3 where Anand managed to get a good position with winning chances but strangely simply exchanged many pieces and proposed draw in the resulting equal position.

Game 4 was a very interesting game. In a quite equal position, Carlsen kept pushing, finding offensive ressources, threatening new things after each move while Anand kept defending accurately and finding the right way to defend every time. A delightful battle.

Game 5 was a strange fight. Carlsen, with white quickly grabbed the initiative but Anand defended well again, and it looked like we were going to have another draw. But Anand played some slightly unaccurate moves (45 Rc1+ instead of Ra1, 47 Kc6 instead of Kd4 and 51 Ke6 instead of Kc6) and Carlsen managed to take advantage of it.

Game 6 was even more strange. Anand had a quite nice looking position after the opening where he had some pressure on the opponent's Kingside but didn't push further, simply exchanging the pieces, maybe aiming for a draw. After that, he seemed to blunder a pawn (or was is a sacrifice?) and at the end he missed an important resource (60. h3) and therefore didn't play the correct b4 (which would have drawn the game) but the faulty Ra4. This loss was quite surprising since Anand is known for precise calculations and as his position really didn't seem dangerous after the opening.

Many of Anand fans were hoping for a quick comeback by the then World Champion. But instead, he played defensively. His positions were solid but, well, this is not what he needed. He had to play for a win and failed to get any initiative in these two uneventful games.

Game 9 finally revealed the fighting spirit of the "Tiger of Chennai". The attack started very soon in the game with a rush of pawns in the King side that looked dangerous (e5, f5, g5...).

Interestingly, Carlsen refused to passively defend in the hope for a draw and counter attacked on the queen side. In a complex position Anand went for a give-it-all attack, missing a simple defensive resource Magnus had (Qe1). Result: 0-1 for the Norwegian wonderboy.

Anand let Carlsen get an extra queen because he didn't see how it would be possible to defend against Rh4 and Qxh7 mate. Diagram from chessdom.com

Game 10 was more interesting than some thought it would be. Carlsen only needed a draw so he could have tried to completely close the position and repeat moves as soon as he could. But he didn't and there was definitively some fight in this game.

At one point, Anand strangely let his opponent play the very strong e5 move but Carlsen returned the favor by playing a bit too quickly (exd6). At the end, Carlsen had a slight advantage but the position required a lot of calculation, so he decided to go for a draw and Anand couldn't prevent him to do so.

7. Point of View of a Chess Fan

I am not a grandmaster, but I am a chess fan and thought I could share my point of view of the overall match.

The first important thing for me is that this match has drawn some attention to the chess world and I am very happy about it. For example in India, I heard that this event got more attention than cricket despite the last match of Sachin Tendulkar. This is something.

Then, I don't want to offend Anand or his fans, but I feel that his main weakness was not to push enough. He should have won game 3 or at least forced Carlsen to defend for a long time and exhaust him much more than he did. Same for game 6. Maybe he was afraid of losing and therefore took a shortcut to a draw but it was clearly not the good way to go (since he eventually lost it).

Game 9 showed his true color, despite that final blunder and I think that it should have been the kind of chess he should have played in game 7 or 8. 9 was a bit too late.

Finally, I think that this was an overall great event and I want to congratulate Carlsen and his team for the win. Congratulations!

During the match, Susan Polgar, who was one of the commentators on the official website, was asked for a book recommendation. She mentioned that in addition to the books she had written herself, she wanted to recommend a book by Chernev as this is a book she uses herself when teaching chess. Here is the book. 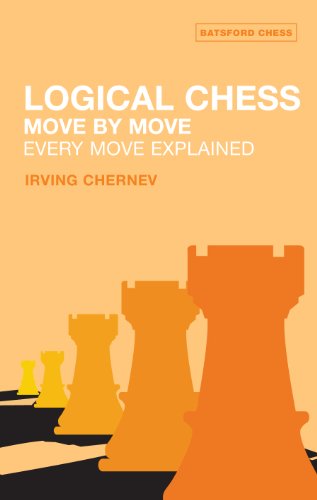