My Biggest Mistake (and 3 Less Expensive Ones) Revealed

Thousands of people start their internet ventures by believing that they can make quick money online.

After all, that's the main pitch of unscrupulous "gurus" who exploit this weakness predominant amongst starter just to make a quick sale.

My first serious online venture was with this guy who called himself "Jaruzelski".

He was promoting a "system" that lets you tap in the rich forex market (e-currency trading, "e-gold", and their variants) by letting the "pros" do it for you.

And they guarantee a return of 1-3% per day!. The only catch is that you must hold your money with them for at least 6 months.

I watched my eyes roll in awe as my money spread in 10 dealers reach superior "earnings" when I login to my account to monitor the progress of my investments.

When collection time came, each one of their websites suddenly were unreachable!

What made it worse was -- I took a loan from my credit cards, to fund those investments.

I was thinking, this is a no-brainer.

If my credit card charges 15% APR, and my "portfolio" earns 1% a day compounded -- then you don't need to know your arithmetic to conclude that you'd come out a winner!

I was comparing an actual dollar versus a future dollar.

What a painful lesson.

My notion of an easy way to make money in the internet exploded like a bomb in my face.

My believing that I can make quick money online was my biggest mistake.

(Oh, if only words could choke the life out of this bastard Jaruzelski ... he'd been dead many times over from the curses of those he duped!)

After my disastrous and very expensive start, I vowed not to let others do the controls for me.

I vowed I will now do it hands-on. Despite this setback, I'm still hooked with the idea of internet riches. I know and feel that I can make it to the "top".

But now, I've changed my approach.

To do this, I need to educate myself.

First Mistake - Too much focus on the Mindset

I spent the next year immersing myself in the "power of attraction" thing.

About unveiling "The Secret".

I was fascinated by what the mind can do. I was awed about the power of the mind.

I listened to their inspirational CDs even while sleeping.

I bought their books, PDFs, audio-CDs, and numerous training materials from other self-help "gurus"

I spent almost one year building my mindset.

Result at the end of the year?

I had s strong mindset, Yes... . But I had little, to no income, to show for it! To compound matters, I bought around $1,500 for those mindset materials!

Mindset should have paved the way to internet riches ... but I missed this cue. 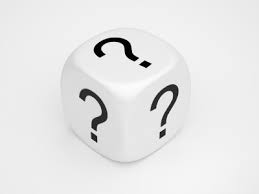 What should I have done?

>>> I should have immediately plunged into Action once I had the sense of the entrepreneurial mindset built in me!

Second Mistake - Too much time studying and learning

During my second year, through the third year (this year), I absorbed two years studying the ways and means of the "masters".

How are they doing it? What is the "blueprint" that they are following? What systems are they using?

I tried to identify their "best" practices. I wanted to devise a system I would use that is a collection of the things that worked for them best.

One entrepreneur who was successful, didn't do any article marketing!

While another, based his success mainly on the same thing.

One who became a millionaire in affiliate marketing, when asked about "adsense", replied: "until now, I don't sense the sense in adsense".

Then there's this guy, who was also a  multi-millionaire. He made his millions focusing on adsense!

One man's trash, in another man's gold.

After realizing that I was making no headway -- I came to the unfortunate conclusion that ...

... the "best practice" is the one that works best for you!.

Meaning, assess what you have, acknowledge where you are good at -- then use them as your competitive advantage!

So, what should have I done instead?

>>> Again, I should have identified my competitive strength, found a mentor with the same vein ... and them immediately plunged  into Action.

I hated doing backlinking. Still do.

I hate the tedium of making several accounts into multitudes of social bookmarking sites ... the time wasted into logging in the  forums and "participating" in the threads... I hate the need for taking the URLs of your articles, pinging them ... then to squeeze out more juice .... getting their RSS feeds and again ... then stinging them, err -- pinging them ... ouch!

Why did I develop this aversion towards the sleep-inducing process called called backlinking?

My first website was hosted with SiteSell. It was founded by the very respected Ken Evoy.

SiteSell's pitch was -- focus on (putting content) in your business, and we'd focus on what's inside "under the hood".

Good advise, wrong implementation (on my side).

To make the long story short, I totally neglected building backlinks myself. I naively thought that putting up good content was enough.

Boy, was I dead wrong!

Worse, I developed into this thinking that building backlinks, is not necessary, that in time, your site will "rise to the top".

Now I know and recognize that Backlinks are just like what is says -- they are the backs (of your sites!

So, what should have I done instead?

>>> I should have drilled into my mindset ... build backlinks!

------In summary, these 3 mistakes that followed my biggest mistake (that of believing in a  make-quick-money-online myth) ... derailed me further.

I failed to reach my income goals, and I will continue to fail, if I don't learn from these mistakes.

I will also continue to fail if don't create my own system of doing things based on what I do best ... .

In addition, I will continue to fail if I will not have the discipline to execute my plans of action based on the *strategies* I formulated in finding the best way to make money online.

Also,I will continue to fail, if I don't religiously stick to my One Goal until its completion.

The year is about to close, and I'm a gazillion miles away still from my destination.

But there's a silver lining to it. Now I know where I went wrong, and now I know what to do about it.

In fact, I have outlined in another article, my principles and strategies on how to earn income online -- not the quick way, but the best way based on my personality and strengths.

There's this one important lesson I learned:

You're stuck with him until you die. The better choice is to be nice to him and cater to what he does best.

... be prayerful, and be thankful.

You have this wonderful opportunity to create your own freedom from want if you can make earning passive income from the internet work for you, and the people you love.

Others did, and continue to do well.

Take a moment to ponder on this advice by Bill Gates in his book "Business @ the Speed of Thought".