Writing on Infobarrel is fun.  Sign up now and find your voice. BoomerBill
InfoBarrel is a writing platform for non-fiction, reference-based, informative content. Opinions expressed by InfoBarrel writers are their own.
InfoBarrel > Technology > Internet

Understanding "Who is Who"

You Can't Grasp the Debate without Knowing the Players

I am not a high tech guy.  I don’t have a ready grasp of internet slang.  I’ve read about net neutrality issues recently and most of the articles seem to be alphabet soup to me.  I need a framework of understanding in order to make sense of any of the discussion.  Most of the articles are written by folks so ingrained in the business of the internet that they don’t take a step back to explain "who is who" in the discussion and how it relates to the average internet user.  I have to have a simple outline to get a grasp of this.

Aside from the internet users like us, who are the players and what types of things should we be monitoring?  Given that much of the legal framework regulating the internet is derived from the regulation of freight traffic from a bygone era, I try to think of who is who by thinking of a railroad train.  There is a railroad track, trains and passengers.  Those of us as end users of the internet can be classified as passengers.

These are the Internet Service Providers.  They provide the railroad tracks.  There are several different types of ISP’s, thus adding to the alphabet soup.

Dial up connections work on your land phone lines.  These are the dinosaurs of the internet era.  They aren’t extinct yet, but they probably will be soon.  AOL is an example of a dial up provider.

The term broadband means high speed internet access that is always “turned on,” in comparison to a dial up which must be accessed each time you get on the internet.  Within the term broadband, of course, there are several types.

These connections are provided by the TV cable providers.  Comcast and Roadrunner are examples of these types of connections.  The speed of this service is comparable to a DSL.

This technology converts data to bursts of light that are transmitted on thin cables.  Some phone companies also offer fiber optic networks, but the fiber optics are not as widely available.  Transmission speeds are faster than DSL.

This service provides a connection via a radio link between the customer and the ISP’s location.  They can be provided by wireless phone service providers, small Wireless Internet Service Providers outside the reach of cable networks (WISP’s) and Local Area Networks (LAN’s).  The LAN’s are an example of internet “hot spots.”  Usually, the data transmission is not very fast on these connections.

This type of connection is a BPL.  This has speeds comparable to DSLs and is not widely used yet.

For customers in remote areas, satellite connections are a possibility.  The speed is generally

Credit: wikipedia commons public domain - US Government slower than DSL but faster than dial up.  The service can be interrupted due to weather, so there are reliability issues not present with the other types of connections.

If you access the internet only to watch Netflix, then you wouldn’t be troubled by an agreement between Netflix and Comcast to assure the speed of streaming content by Netflix over Comcast’s network.[2]  If you are a service provider and some sort of content speed agreement between a large edge provider and a broadband provider slows the internet speed for access by end users onto your website, then you have a concern.

Taking a step back, even if you are only accessing the internet for limited purposes such as Netflix viewing or occasional web surfing, you probably benefit in some way from innovations fostered by internet activity.  The internet is a petri dish for many types of innovation and a wide proliferation of content is available.  If the content is stifled to funnel net traffic to certain broadband provider preferred sources, the end users receive a narrower variety of content.  Some end users may not care about this development based on their particular internet uses, but many consumers of net services could be impacted in negative ways.  What if a broadband provider gave preferential service to its own type of craigslist which charged high fees to advertise?  Many of us would be hurt by this type of occurrence.

The regulation of the internet is currently in a state of flux.  The regulations adopted by the Federal Communications Commission, which are recognized as providing net neutrality, were struck down in January, 2014 by a federal appeals court.[1]   The FCC can only regulate to the extent empowered by Congress via statutes.  The source of the legal confusion is that the FCC and the appeals court are living in a broadband world and the statute which provides legal authority for the regulations was made in a dial up environment.  The court said that the FCC misinterpreted the will of Congress.  The legislature gave them authority to regulate the railroad tracks and the FCC, by its own decision, classified the broadband ISP's as trains.  The court said the FCC had the authority to regulate but did not do so in correct fashion.

Further articles will discuss the underpinnings of the current legal framework, the recent Verizon decision and what to watch for as events unfold.  There is commentary which rings alarm bells regarding the cessation of net neutrality.[3]  Hard to say if that really will occur, but the situation does bear watching. 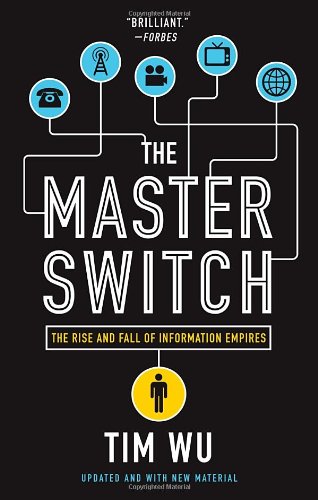 Social Networking: Keeping in Touch with the World