Writing on Infobarrel is fun.  Sign up now and find your voice. BoomerBill
InfoBarrel is a writing platform for non-fiction, reference-based, informative content. Opinions expressed by InfoBarrel writers are their own.
InfoBarrel > Technology > Internet

Alarm bells are going off around the internet regarding loss of net neutrality.  There is fear in the air, or maybe that’s fear on the airwaves.  In any event, many people are concerned that the ISP’s, or the internet service providers, are going to restrict traffic in ways that favor the ISP’s and hurt the free flow of internet content to those of us comprising the end users.  Time will tell whether the alarm bells are justified or not.

What has set off the recent furor is a United States court of appeals decision announced in January, 2014 in the case Verizon v. Federal Communications Commission.[1]  In this case,

Credit: wikipedia commons public domain - Matillitathe appeals court struck down the FCC’s regulations governing broadband ISP’s.  In short, the court said that the FCC was authorized to regulate the broadband ISP’s, but the chosen method of regulatory structure misinterpreted Congress’ mandate in the Telecommunications Act of 1996.  The agency used their powers in an unauthorized manner.

Who is the FCC and What Do They Have to Do with Verizon?

Congress passes the laws which govern us, and the executive branch of the government is charged with enforcing those laws.  The Federal Communications Commission is the federal executive branch agency formed for the purpose of enforcing federal telecommunications laws.  As part of this enforcement, the agency adopts regulations to give a more detailed roadmap for what businesses must do to comply with these laws.  The regulated businesses can challenge these regulations in court if they feel that the FCC or any other federal agency has adopted regulations which go beyond what Congress contemplated in the law or laws it passed.  Verizon filed such a case here to challenge the regulations adopted by the Federal Communications Commission to regulate broadband providers.  Verizon said the Telecommunications Act of 1996 didn’t allow the type of regulations adopted by the FCC.[1]

The Telecommunications Act of 1996

Broadband Didn’t Exist When the Law was Passed

To understand how any confusion could arise over internet regulation, you need some background information.  This Act was put into law in a time when dial up connections were the norm for connecting to the internet.  Broadband technology came later.  Accordingly, the Federal Communications Commission was confronted with deciding how to regulate a service provider type that didn’t exist when the law came into being.

The Act has Greater Restrictions on Basic Service Providers; Less for Enhanced Services

After passage of the 1996 law, the FCC determined that Digital Subscriber Line (DSL) ISP’s were offering basic telecom services and were to be classified as common carriers.  Most significantly, when broadband cable modem and wireless connections became more common the Federal Communications Commission recognized the need to regulate these ISP’s, but not as common carriers.  The FCC determined that the broadband companies offered enhanced services outside of the basic service regulatory status.  The Supreme Court, in the Brand X Internet Services case decided in 2005, declared that the regulators could exempt the cable and wireless providers from basic status because it was a reasonable interpretation of the statute.  After that decision was announced, the agency flip flopped and moved DSL’s on even footing

Credit: wikipedia commons public domain - US Governernmentwith the other internet service providers by reclassifying them as enhanced providers.[2]  Clearly, the agency is not a model of coherence and consistency.

Why Were They Not Deemed Common Carriers?

In the face of determining the broadband providers weren’t common carriers subject to the statutory restrictions imposed on that category, the FCC still desired to regulate them.  One could question why the agency decided against classifying the broadband internet access companies as basic service deliverers.  If the DSL companies were initially classified as such, the cable and wireless broadband companies could have been as well.  This appears to have been a political decision based on broadband industry pressure against common carrier classification.  Although not overtly political, the commissioners are appointed by politicians and many of them end up working for the regulated industry when their government service is completed.[3]  Therefore, industry pressure can make a difference with respect to the exercise of regulatory powers.

Credit: wikipedia commons public domain - US Government statutory authority from the 1996 Act to do so.  In this case, the direct statutory authority to regulate those classified as common carriers was obvious on its face; however, the authority to regulate enhanced providers in a manner that could be deemed a cherry picking of common carrier type regulations was not specifically authorized.  The agency stated the regulations stemmed from a generally stated congressional intent to encourage the free flow of internet traffic in order to encourage innovation.

The court noted the good policy reasons to regulate the broadband ISL’s and noted the Supreme Court’s deference to the agency’s own decision to move the broadband companies out of the common carrier classification.  While acknowledging the existence of good reasons to have regulations, the court said the FCC overstepped its bounds by adopting regulations such as the anti-discrimination requirements.[1]  In short, the agency was hoisted on its own petard by not classifying the broadband providers as common carriers and then issuing common carrier type regulations governing their behavior.  The agency was, in effect, trying to dance on the head of a pin and it fell off.

The former interim head of the commission says the agency should backtrack and reclassify the broadbands as common carriers.[4]  They did a flip flop with respect to the DSL’s previously and could do the same thing here.  Thusfar, the commission has indicated a willingness to attack broadband provider actions on a case by case basis if they appear overly discriminatory.[5]  While this may prevent the most egregious circumstances of net service discrimination, a case by case approach will likely allow some manner of discrimination to occur.

The recent announcement that Comcast and the major “edge provider” Netflix which helps to assure better service for Netflix customers[6] is an example of the kind of agreements which could hurt other edge providers or end users.  If there is a potential shortage of bandwidth to adequately service Netflix or bandwidth must somehow be rationed, giving a broadband priority to Netflix could cause others to suffer.

We don’t know yet the ultimate impact of the Verizon decision.  The FCC won’t remove itself from the regulation of broadband companies.  The question is whether or not they will reclassify them as basic service providers.  Further, will Congress step in and amend the 1996 statute to clarify the situation?  Another article in this series will discuss these possibilities for the future. 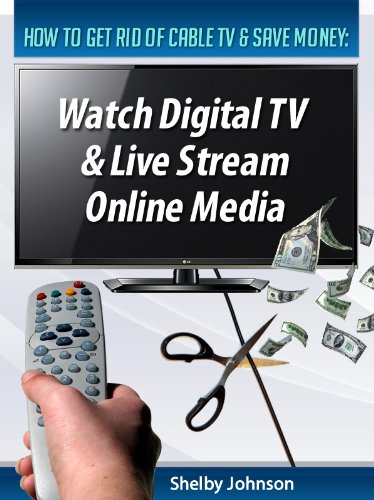 How to Get Rid of Cable TV & Save Money: Watch Digital TV & Live Stream Online Media Amazon Price: Buy Now(price as of May 2, 2016)
Next >> What Does It Cost To Start A Podcast?