Interested in Marine Archaeology?Â These booksÂ cover everything from technical aspects to real life adventures of famous marine archaeologists. There are hundreds of great dive sites around the world, so find out which ones are the best and most fascinating, and get all the scuba tips from expert guides.
InfoBarrel is a writing platform for non-fiction, reference-based, informative content. Opinions expressed by InfoBarrel writers are their own.
InfoBarrel > History > Ancient History

Think you know the history of humankind? You most often hear about massive discoveries from archaeological digs on land, but what about the discoveries of ancient underwater cities? Marine archaeology sites are fewer in number, but some of them are so unbelievable, that they have made some scientists and historians rethink previously accepted facts about human civilization.

Credit: By Artemisboy (Own work) [CC-BY-3.0 (http://creativecommons.org/licenses/by/3.0)], via Wikimedia Commons

Through the centuries, there have been stories of ancient cities and civilizations that were lost for unknown reasons. Some of these stories were eventually proven to be true, some have been dismissed as legends, and a few hover between the two realms. In the last few decades, as technology advanced and more sophisticated marine archaeology tools and equipment were developed, mankind has unveiled some astonishing ancient underwater cities that some experts say may provide some slivers of truth to those previously dismissed stories.

The following five submerged cities have thrown up many questions and give the mythical lost city of Atlantis a run for its money.

The palace and temple complex from which Cleopatra ruled over Egypt was a vast area and an extension of the city of Alexandria[2]. Cleopatra was the last Egyptian Greek-speaking ruler before the Roman Empire took over the land, and her royal quarters were comprised of several islands of palaces and temples, military outposts and ports. Two devastating earthquakes over 1600 years ago caused this land to sink into the sea, and all of its treasures became encased in sediment and hidden from man by natural limestone blocks that settled over them.

After years of excavation of Alexandria’s harbor seabed, a team of archaeologists found the royal site that had been described by Greek historians over 2000 years ago. A large percentage of the treasures remained intact because of their sediment wrappings, and the scenes in the story of Cleopatra and Mark Anthony can now be better visualized because of these findings.

Among the astonishing artifacts that were found - a huge stone head of Cleopatra’s and Julius Caesar’s son, Caesarion, and two sphinxes, one of which is thought to represent Ptolemy XII, Cleopatra’s father. There were several more finds, like a temple to Isis, a pharaoh engraving on a massive quartzite block brought from Heliopolis (modern day Cairo),  and smaller objects, like ceramics, statues, bronze and lead vessels, and amulets.

UNESCO is now helping Egypt with an underwater museum to showcase the ruins. Eventually, tourists will be able to gawk at some extremely old, but gorgeous art. Until then, there’s a US-based travelling exhibition called “Cleopatra: The Exhibition” that you can catch. The exhibits include about 150 artifacts from the Cleopatra’s underwater palace complex. 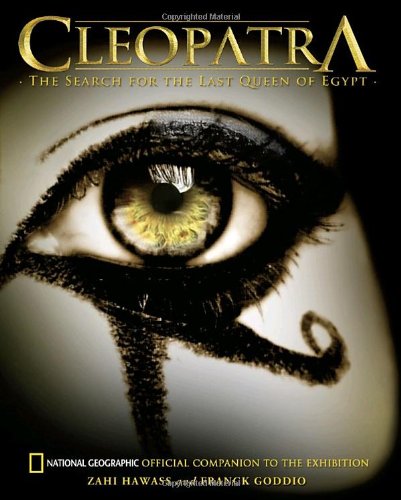 Submerged Ruins off the Coast of Yonaguni Jima, Japan

Just off the coast of the Japanese island of Yonaguni Jima, lie submerged pyramid-like rock formations that many archaeologists say are manmade, or at least carved out of natural formations by man. A diver first found the formations in 1986, and the site has since become a hotspot for tourist and research divers.

Some sceptics say that they are natural sandstone formations because sandstone tends to break along straight planes, especially in areas with seismic activity. However, many feel that they can’t be explained away because the complexity of the formations can only mean human involvement. Divers have found rocks sculpted into animal forms and carved faces that some experts say have Chinese or Okinawan features. Since this site lies in the Pacific Rim that’s known for heavy seismic activity, some experts believe that the site was once an ancient 5000 year old city that sunk into the sea after an earthquake that occurred around 2000 years ago. Other puzzling structures include an arch, temples, the ruins of a castle, a stadium and connecting water channels and roads, all of which are partly surrounded by huge walls. Many of the architectural features have similarities to the Incas of South America.

There have so far been no official archaeological digs or research projects to confirm any claims made by independent divers, so hard evidence that this is a lost city is tough to come by. However, what makes these claims more interesting is the fact that if these formations were manmade, then it must have happened between 2000 and 3000 years ago, when the last ice age existed. That was the last time that sea levels in that part of the world were about the same as they are now, and there were several land bridges connecting Japan to the mainland of Asia. There is even a farfetched theory that this may be the mythical lost land of Lemuria or Mu. 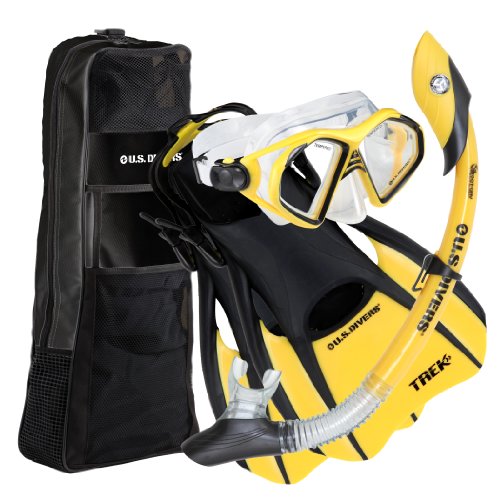 Lost City of Dwarka in the Gulf of Khambhat, India

The remains of a huge lost city off the north western coast of India, in the Bay of Khambhat and 120 feet below water, have marine scientists saying that mankind’s accepted views on human history may be way off from the truth. Carbon dating of the debris recovered from the site puts the city at around 9000 years old, making it 5000 years older than the Harappan civilization, which was the oldest one on the subcontinent.

Oceanographers stumbled upon the site when they were carrying out studies on pollution. Their side-scan sonar helped them find huge geometric structures, and a technique called sub-bottom profiling shows that the structures were built on massive foundations. What made the discovery so fascinating was the fact that cities of this size and scale first appeared on earth in the Mesopotamian region only about 4500 years ago. What this means is that the established facts of the origins of civilization that archaeologists currently base their work on may have to be reworked. Researchers believe that the city must have been submerged at the end of the last ice age when ice caps melted. There is another interesting theory that the city may be Dwarka, the legendary home of Lord Krishna of Hinduism. This city is mentioned in the Mahabharata, a sacred Sankscrit epic that talks about the city eventually sinking into the sea.

There is controversy tied to the discovery, as the materials that were carbon dated were recovered by dredging and not by controlled archaeological efforts. Therefore, some scientists say that they cannot be tied to the site itself. More research is needed to be certain that the site is 9000 years old, but the treacherous sea in that region makes further exploration difficult and divers have never been sent down to the site.

The submerged town of Pavlopetri[1] dates back to 2800 BC and the Mycenaean period of Bronze Age Greece. The ruins of the town lie just 15 feet below the surface of the waters off the coast of southern Laconia, and are comprised of intact courtyards, buildings, tombs and streets that are thought to have provided the setting for many of ancient Greece’s stories.

Pavlopetri was once a bustling harbor town of Mycenaean society and a key port of trade in the Mediterranean, but other than that its history remains a mystery, and it is unclear how or why it became submerged. Being in a popular tourist area of Greece, the ruins are suffering from damage, but it was only recently that archaeology teams started to survey the ruins. The hope is that answers will be provided before the site is completely lost. So far, artifacts from the Early, Middle and Late Helladic periods have been recovered, with figurines, pottery and other small finds dating back from 2800 to 1180 BC.

In October of 2012, the BBC aired a documentary where the Hellenic Ministry of Culture have teamed up with the University of Nottingham and Dr Jon Henderson, an underwater archaeologist who is using cutting edge technology on the underwater remains, to digitally lift and recreate Pavlopetri to what it would have looked like in its heyday. They also aim to learn about its past secrets and why the city sank when it did. Watch the video below to see how the exploration of the ruins aided in their ongoing project.

The legend of the lost city of Atlantis has fascinated people for years. However, the discovery of a lost city in the seas just off the western coast of Cuba has had some people saying that this is Atlantis. In 2002, a Canadian exploration team searching for treasure laden sunken ships from the time of the Spanish conquest, discovered peculiar formations of smooth geometric blocks that resemble roads, buildings and pyramids, all built over a huge plateau some 2000 feet below the surface. Further research since then has not been forthcoming, but most scientists agree that the formations could not have been made by nature, as in their entirety, the ruins look like an area of urban development. Experts say that the city may be around 6000 years old. To put that into perspective, the Egyptian pyramids are about 4500 years old. The traditions of the ancient Yucatan and Mayan people state that their ancestors once inhabited an island that disappeared into the sea many years ago. If scientists ever obtain conclusive evidence that the ruins found near Cuba are really from a lost civilization, those stories could very well be true.

The earth’s water bodies hold many more mysteries from the ancient world, however many of them have not been completely charted, sometimes due to the lack of funds. There are a few scientists who say that outer space exploration can wait, but that of our oceans can’t. James Cameron, filmmaker and explorer, recently became the first human to dive solo down to the bottom of the Mariana Trench in a submarine. He gathered samples and shot videos to help scientists in their ongoing efforts to chart the Earth’s vast oceans, seas, rivers and lakes, and to make new discoveries that may eventually help in the fields of medicine, climate control, etc. However, very little coverage was given to that event.

As technology advances, it is possible that mankind will uncover more ancient underwater cities and other marine archaeology sites. Only time will tell if any of them will have the potential to change history. After all, some archaeologists are still keen on discovering where Atlantis may have been. 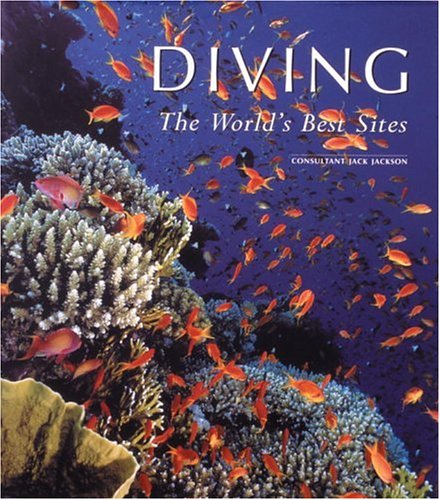 To read about Cappadocia's history before the rise of Islam, go to Part 1...