Mystery novels are often called "whodunnits", because the plot of the novel usually involves some type of crime which needs to be solved. There are many varieties of mystery novels however, which may involve the search for a person or perhaps a lost treasure.

When we reflect upon mystery novels, we may think of Agatha Christie, the works of Sir Arthur Conan Doyle, or more recent books like The Girl With The Dagon Tattoo (2005), by Steig Larsson. It is the memoirs of former thief Eugene Francois Vidocq (1775-1857) however, which is often regarded as the root from which the mystery novel sprouted. As a former crook, Vidocq later became the first private detective and engaged in jobs against Faiseurs (crooks, fraudsters and bankruptcy artists), which resulted in him gathering many powerful enemies.

Later Edgar Allan Poe (1809-49), created his own fictional detective Le Chevalier C. Auguste Dupin based on Vidocq; Dupin made his first appearance in The Murders in the Rue Morgue (1841), which is considered the first detective story. In France Émile Gaboriau (1832-1873), a pioneer of modern detective fiction also based his detective character, Monsieur Lecoq on Eugène Vidocq, in his book in L'Affaire Lerouge (1866).

Anna Katharine Green (1846 – 1935) initially wanted to make her name as a poet of romantic verse; despite corresponding with Ralph Waldo Emerson, her hopes did not pan out. So Ms Green turned to novel-writing and after publishing The Leavenworth Case (1878), she went on to write about 40 books.

Her main character was detective Ebenezer Gryce of the New York Metropolitan Police Force, who was sometimes assisted by the inquisitive, upper crust, spinster Amelia Butterworth. This female sleuth character, was not only a prototype for Agatha Christie's  Miss Marple, but the younger character of Violet Strange heralded the girl detective.

A Study in Scarlet by Sir Arthur Conan Doyle, introduced the character of Sherlock Holmes in 1886.

Holmes who seemed to have a deep knowledge about almost everything, introduces himself as a "consulting detective. "The evocative title of the book, comes from a speech by the stolid character, Dr. Watson:

"There’s the scarlet thread of murder running through the colourless skein of life, and our duty is to unravel it, and isolate it, and expose every inch of it."

French man Gaston Louis Alfred Leroux (1868–1927), is best known for his novel The Phantom of the Opera (Le Fantôme de l'Opéra, 1911). Leroux's amateur detective, is named Joseph Rouletabille and he first made his appearance in The Mystery of the Yellow Room: Extraordinary Adventures of Joseph Rouletabille, Reporter.

This book is one of the first known examples of a locked room mystery, a type of detective fiction where a crime—generally a murder—is committed under apparently impossible circumstances. The reader is presented with clues and is under pressure to solve the puzzle before the climax at the end, when the solution is revealed.

In his life time Chesterton wrote a round 80 books, hundreds of poems, about 200 short stories and 4000 essays. He is also renown for his Father Brown character, a short, stumpy Catholic priest and amateur detective. After loosing his job as a oil company executive, Raymond Chandler (1888 –1959) decided to write  detective fiction. His first short story, Blackmailers Don't Shoot , was published in 1933 and first novel, The Big Sleep, was published in 1939. Most of his books have been made into films.

Chandler is considered one of the founders of American hard-boiled detective fiction and his tough, hard-drinking, witty private eye Philip Marlowe is a classic character of the genre.

Agatha Christie (1890 – 1976), wrote 66 detective novels and more than 15 short story collections. The investigations in her writing were conducted by Hercule Poirot, Miss Jane Marple and Tommy and Tuppence. As a young person Ms Christie was a voracious reader and was probably inspired in her own writing by her reading of Wilkie Collins' The Woman in White and Sir Arthur Conan Doyle's Sherlock Holmes series.

Agatha Christie was involved in a mystery of her own, when her husband Archie, revealed that he was in love with another woman and wanted a divorce. Ms Christie disappeared for 11 days, provoking a huge search and many newspaper stories. She was eventually found staying at the Swan Hydropathic Hotel and claimed to have lost her memory. Two doctors diagnosed her as suffering from a psychogenic fugue state, but the public believed that the whole thing was a publicity stunt.

Never the less, Agatha Christie's mysteries are among the most loved and biggest sellers of the whole mystery genre. Her first book The Mysterious Affair at Styles, was published in 1920 and introduced detective Hercule Poirot, who appeared in 33 of Christie's novels and 54 short stories. Ms Christie however, admitted in her diary, that she found him “insufferable," and "an ego-centric creep."

Almost everyone has read a mystery novel today, as there is a so many varieties, for all tastes.

Ruth  Rendell (1930- ) who also writes under the name Barbara Vine, is most known for her Chief Inspector Wexford, psychological crime novels. Her first book From Doon with Death, came out in 1964 and she has been a prolific writer ever since, publishing 19 Inspector Wexford books alone.

Her fertile imagination however sometimes stepped over the bounds, when as a young journalist, working for her local newspaper the Chigwell Times Ms Rendell (née Grasemann) invented a ghost, at a house rumoured to be haunted. Soon the owners were threatening to sue the newspaper for devaluing their house.

Ruth Rendell's books are mostly crime novels; those written under the name of Barbara Vine however are more psychological mystery novels.

Swedish writer Stieg Larsson wrote his three novels The Girl with the Dragon Tattoo, The Girl Who Played with Fire and The Girl Who Kicked the Hornets' Nest mostly for pleasure, in the evenings after work. Just before his death from a heart attack, he attempted to get the books published. They were to be published posthumously however.

The books which hit the best sellers lists all across the world, feature the character of Lisbeth Salander, who has Asperger's disorder and is a computer hacker. She is also bisexual and has many tattoos and piercings. Together with a journalist named Mikael Blomkvist, they solve mysteries involving sex traffickers, corrupt politicians and bikie gangs.

Sadly the writer had ten books in mind, but was only able to finish three before his premature death.

Norwegian crime writer Jo Nesbø, has written nine novels, centered around the character of Norwegian police officer Harry Hole, who is a heavy smoking, alcoholic. Hole however, has a faithful girlfriend, whom he can't marry, as he does not want to make her a target for the criminals trying to get to him. He also has a younger sister with Down syndrome and a strong sense of duty.

Harry Hole has some unorthodox police methods and he is relentless. The reader however gets the sense that he is a tortured person, battling his own demons and yet with a strong sense of moral justice.

“A good mystery keeps you up on Saturday night. A bad mystery puts you to sleep on Sunday afternoon. Either way, you come out ahead.”   Elizabeth Jane Howard 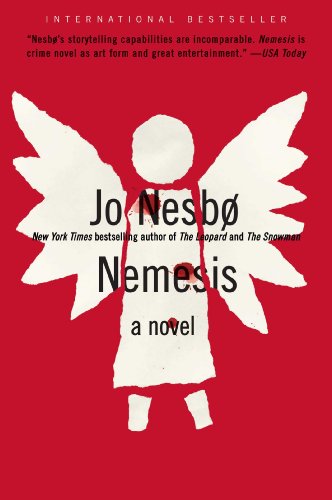 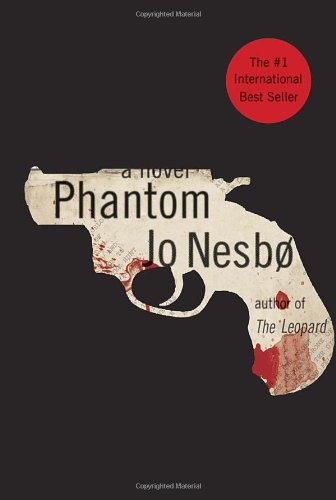 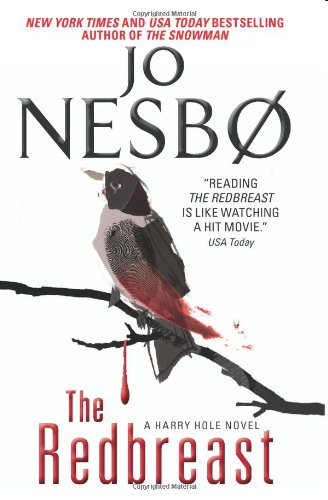