Mass Effect 3: The Good and the Bad

Day one DLC. Rushed endings. Plot holes. Did Bioware cross the line with their newest entry? Before I go any further I will say that Mass Effect 3 had the best cut scenes, graphics, and combat system out of the trilogy. That being said, there were several major flaws (in my opinion) with the game. I'm not attempting to glorify any gamers who didn't get what they wanted, but rather to defend the die-hard fans who wanted a quality, well made game that they had come to expect from a company such as Bioware.

The graphics look amazing and the cut-scenes have tons of explosions and epic Mass Effect moments. Mass Effect 3 plays like a shooter and feels like a rpg. Throughout your play-through, you will come across all of your squadmates from the first two games (the ones that survived). Not all of them will choose to follow you. Several of these others have their own problems that you can help with. I guess they have more important things going on than saving the galaxy. Yes, I am talking to you, Jacob. There is also more drama and character development, which is expected in a conclusion. A bit of advice: be careful with your romance options. The game doesn't prompt you throughout the game like it did in the first two. Whoever you flirt with after a certain point is who you're stuck with.

Another good thing is the introduction of Xbox Kinect support. You can give squad commands and dialogue choices via voice command. Instead of pausing the game, you can say "Liara, singularity". Now all you have to do is sit back and watch your enemies float around in zero gravity. The conversation aspect is useful too. You just have to read what is on the screen. If one of your choices is "I don't believe you", you simply say that to your tv and Shepard will say the dialogue that goes with it. A bit of warning: other people in the house may think you are crazy.

Will not happen. Ever

Let's start with the day-one DLC. You could argue that they have a right to work on whatever they want, and if anyone could pull it off it would be Bioware. However, this combined with the new multiplayer mode may have been more they could handle. Another thing I had problems with was the point system. You could spend the entire trilogy wanting to save the Krogan from genocide only to side with the Salarians instead. While in normal situations this is great storytelling, the point system only detracts from the impressiveness, especially when any choice nets you about the same point total.

A game like Mass Effect isn't complete without side quests. The first two entries have you running around the galaxy righting wrongs and killing mercenaries. The third installment is more content with having you scan planets for some sacred Volus Tiki-god or an orb of some kind. Doing several of these tasks give a few galaxy readiness points and a couple of Volus or Hanar cannon fodder ships for your fleet.

And at finally, the ending. Your total number of readiness points affects very little besides how many craters earth now has. It also unlocks a hidden "ending" but is so similar to the other two is hardly worth mentioning. You also get the same endings no matter what choices you make throughout the series. Killing the council in the first game can easily be made up for by a few small actions and dialog choices. I'm not even going to bother detailing all the plot holes and discrepancies in the few final scenes. These were hated so much by fans that fundraising awareness campaigns were made on Facebook and lawsuits were filed.

The worst part of all is choices you've spent days getting just right for the ending have no effect whatsoever. Sparing the council, killing the Rachni, and even salvation for the Krogan doesn't matter. As long as you have enough readiness points (which can even be awarded during multiplayer) you are golden. 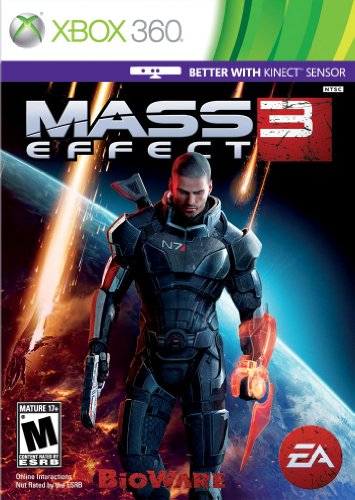 If you have even the smallest shred of care for the ME3 plot, download the extended cut DLC, which is free of charge. This was released largely to the outcry among fans. Not only does it fill in the plot holes, it goes on to better describe your final choices, which differentiates the endings from one another, adds extra cut-scenes based on your choice, and even gives you a fourth option, giving the game a much needed coat of polish.