Female spies arouse our curiosity and fascination. We are intrigued by their double lives, titillated by their use of female wiles to obtain secret information, and saddened when they come to untimely ends.  Without a doubt, the most infamous female spy was Mata Hari, a European exotic dancer and femme fatale who was executed by the French towards the end of the First World War. In the early twentieth century her life was considered scandalously shocking and is now the stuff of legend.

While Mata Hari seems to be the archetype of the sexy female spy, things are not always what they seem, and legends may often be nothing more than fantasy.

Performers commonly assume public personas which are distinct from their private selves. Marilyn Monroe was the sexy "dumb blonde" Hollywood persona of natural brunette Norma Jean Baker, and Lady Gaga is the colorful and outrageous stage persona of singer Stefani Germanotta. In an interview with Time, Germanotta described how Gaga evolved from a self-created persona into a separate entity created in part from the perceptions of others1. Similarly, Mata Hari was an exotic persona created by a Dutch woman with the prosaic name of Margaretha Zelle, a persona which, like Gaga, provided fuel for public speculation and took on a life of her own which may or may not have been based on truth.

Margaretha was born to a prosperous middle-class Dutch family in 1876. After her father became bankrupt, her mother died. Her father re-married, and Margaretha was sent to live with relatives. Seeking to become self-supporting and independent, she trained as a teacher, but her budding career came to an abrupt end after she became involved in an affair with the schoolmaster.

Marriage might have been an option for a young lady like Margaretha who did not wish to depend on relatives to support her. However, her tarnished reputation would hardly have been an asset in the marriage market of her day. When she was 18, perhaps out of desperation,  she responded to a personal ad in the newspaper and married Dutch Colonial Army Captain Rudolf MacLeod.  She accompanied the Captain, who was 20 years her senior, to the Dutch colony of Java in the East Indies.

The marriage was not a happy one. MacLeod was an unfaithful, jealous and abusive alcoholic. Margaretha flirtatiously fueled her husband’s jealousy, at one point leaving him to have an affair with a junior officer.

The couple had a son and a daughter, but in 1899 the children became mysteriously ill. It was said at the time that they had been poisoned by a servant, but it is also possible that the children were inadvertently poisoned by a doctor treating them for congenital syphillis.

Their daughter was saved, but their son died and their marriage deteriorated even further. They separated in 1902 after moving back to the Netherlands, and divorced four years later. Because McLeod refused to support Margaretha, she was forced to hand her daughter over to her husband and find a way to support herself.

A Legend Is Born

In 1903, Margaretha moved to Paris, where she worked as a circus performer and an artists' model before becoming a dancer.

When she was living in Indonesia, Margaretha had become fascinated by Javanese culture, perhaps as a form of escape from her troubled marriage.  She learned Malay, and studied Indonesian dance. In Paris she used her knowledge of Javanese dance to create the persona of the exotic dancer Mata Hari and created a fascinating fictitious background for her new self: the daughter of  a Hindu temple dancer who had grown up in the jungles of Java and who performed sacred dances dedicated to the god Shiva.

As Mata Hari, Margaretha elevated sensual striptease to the level of art, became incredibly successful and wealthy, and traveled extensively throughout Europe. However, as she became older, she found herself competing with younger and more attractive imitators, and supported herself less by her dancing and more through her relationships with rich and powerful men.

During World War I, Mata Hari continued to live a lavish lifestyle and to travel throughout Europe, accruing large debts in the process. Seemingly oblivious of wartime political realities, she formed liaisons with diplomats and officers on both sides of the conflict.  At one point she accepted 20,000 francs and the code name H21 from a former lover, the German consul Karl Kroemer. Later, in order to gain permission to travel through a war zone to visit her 21-year-old Russian lover Vadim de Masloff, she entered into an agreement with French captain Georges Ladoux. She agreed to spy for the French against the Germans in return for a travel pass and a million francs3.

Not surprisingly, Mata Hari's escapades attracted the attention of the British and French governments. She was subjected to intense questioning by British counter-intelligence and tailed by the French secret police.

When she returned from her romantic tryst with Vadim, it was time to repay Captain Ladoux. She gave him some information on troupe maneuvers that she had gleaned from a German intelligence officer in Spain. However, instead of giving her the million francs she was expecting, Ladoux accused her of spying for the Germans5.

The legend ended in 1917 when French authorities arrested Margarethe, found her guilty of spying, and sentenced her to death by firing squad. As legendary in death as in life, she refused a blindfold and looked the firing squad directly in the eyes. She is even rumored to have blown her executioners a kiss. 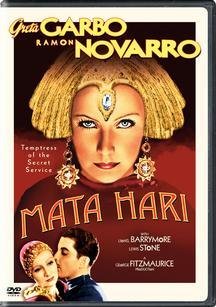 Mata Hari's life has all the elements of a Greek tragedy. Tragic heroes are ordinary human beings with a powerful desire to achieve great success, but who brings about their own downfall because of a fatal mistake or a character weakness, often excessive pride or hubris.4 The legend of Mata Hari is of a seductress who achieves her desire for fame and fortune by sleeping her way to the top echelon of European society. Then she brings about her own tragic end by becoming involved in a tangled web of espionage.

However, it is not clear whether Mata Hari actually was the double agent she is reputed to have been or merely an opportunist who took money from lovers on both sides of the war. When she accepted money and a code name from Kark Kroemer, she seems to have only been interested in his money not his espionage proposal. Also, when she came to an agreement with Captain Ladoux, rather than demonstrating her loyalty to the French (she was, after all, a citizen of the neutral Netherlands) she was probably trying to get enough money to support herself and her young lover.

Much of the information she provided appears to been nothing but common gossip which was stale, inaccurate, or already common knowledge. It may have been deliberately fed to her by the Germans, who suspected that she was a French spy, in order to convince the French that she was actually a German spy. At any rate, the French refused to pay her the million francs she had been promised because they thought the information she gave them was valueless.5

In the book Femme Fatale: a New Biography of Mata Hari, Pat Shipman theorizes that this high-flying courtesan was targeted not because of her duplicity but because of her lifestyle.  She was an educated, independent woman who was free to decide who she would or would not sleep with. In the terms of Greek tragedy, her fatal flaw was not that she was a spy but that she had the hubris to openly flaunt her independence. 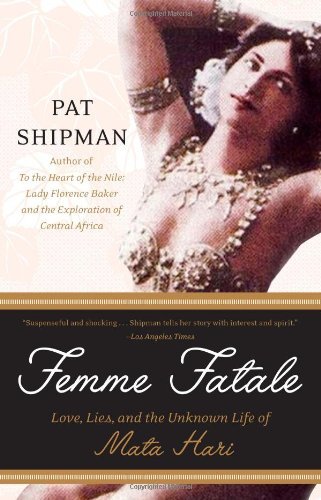 During her trial in Paris Margaretha consistently maintained her innocence, and is famously reported as boasting, "A courtesan, I admit it. A spy, never! I have always lived for love and pleasure."5 But because she routinely accepted money from men she was seen as having no morals, and from there it was an easy leap for the prosecution to paint her as a spy6.

According to MI5 files, which describe Margaretha as a "handsome bold type of woman" with black hair and an olive complexion, she was interrogated twice by the British Secret Service and released due to lack of evidence. While she was "suspected" of being on a German mission she never made a full confession or named any accomplices. In addition, there was no evidence that she passed on any sensitive military information7. Thirty years after the fact, one of her prosecutors stated that "there wasn't enough evidence to flog a cat"3.

So we are left with several possible theories.  Margaretha may have been a less than innocent victim of puritanical social mores. Perhaps she was simply a bad spy who obtained nothing but useless information, or a spy for the French who was framed by the Germans. On the other hand, she might have been such a clever and devious double agent that no-one was ever able to find any hard evidence against her.

It appears to me that the person condemned for spying was not Margaretha Zelle, a woman from a neutral country in a continent torn by war who would do anything to survive. The condemned was Margaretha's public persona Mata Hari, an exotic foreigner who was perceived as alien, immoral and potentially dangerous. Whether she actually was a double agent remains a matter for speculation.

Next >> Lest We Forget: How Londoners Sheltered in the Underground During World War Two