Chess was considered an amateur activity until recently. Most of the best players had professions independent of the game. Both Adolf Anderssen and Emmanuel Lasker were mathematicians and philosophers. Doctor Machgielis (Max) Euwe (uhr-vuh) was also a professor of mathematics. Euwe kept bees, ground his own telescope lenses and made wine. He was the last true amateur to be world chess champion.

Euwe co-wrote the 1935 match book with his opponent, Alexander Alekhine, and made comments in the 1937 match book. These books are considered among the best books on world chess championship matches. He authored, and coauthored, over 70 respected chess books covering all game phases. These include Chess Master V. Chess Amateur, The Logical Approach to Chess, A Guide to Chess Endings and Judgment and Planning In Chess. Soviet Grandmaster Gennadi Sosonko used Euwe's Practical Chess Lessons as a textbook to teach chess classes during the Soviet era. Sosonko considered it one of the best chess books ever written. 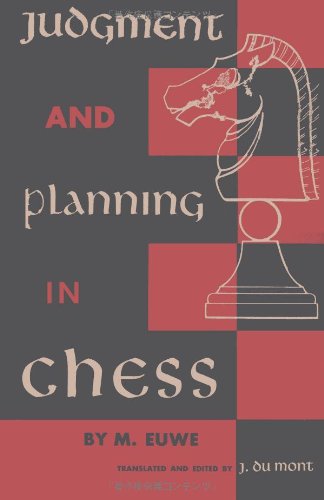 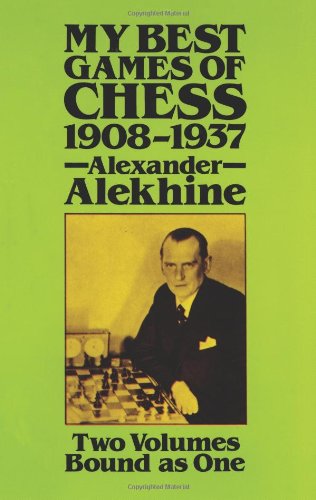 Chess players considered the game an amateur activity until the late 20th century. The break between amateur and profession could have been when World Champion Garry Kasparov founded the Professional Association in 1993.

Chess was professional long before that. In addition to winning prize money, players such as Wilhelm Steinitz and Alexander Alekhine wrote articles on chess and published game collections to make a living. Paul Morphy, Adolf Anderssen and Emanuel Lasker had other professions, and considered amateurs. During the Soviet era chess players had jobs associated with the game. They were amateur in name only. Max Euwe was the last World Chess Champion to be a true amateur. The Soviet chess champions that followed had too much state support and concentrated on chess to truly be considered amateur.

Max Euwe was born in Watergrafsmeer, near Amsterdam, Holland on May 5, 1901. His parents played chess and he started to play when he was four. He entered a tournament when he was 11 and won every game.

Euwe had a respectable tournament record. In 1928 he won the last world amateur championship in The Hague. In 1930 he won Hastings ahead of Capablanca. In 1934 he was second at Zurich behind Alekhine who he beat in their game. In ’36 he was second and lost one game. He was first ahead of Alekhine at Bad Nauheim. These and other tournaments elevated him to be considered a contender for a title match.

Before the International Chess Federation, FIDE, took over, the current world chess champion decided who to play for the title. From the champion’s point of view, the ideal opponent was someone he could beat, but would put up a respectable fight. It was up to the challenger to raise the prize money for the match.

Alexander Alekhine was champion, and kept former champion Jose Raul Capablanca from playing a return match. Euwe had good tournament and match results and considered a worthy challenger. Alekhine, and the chess world, considered Euwe and Salo Flohr the best for a match. Ewue was able to raise the money and scheduled the match to be played in the cities of Amsterdam, The Hague, Delft, Rotterdam, Utrecht, Gouda, Groningen, Baarn, Hertogenbosch, Eindhoven, Zeist, Ermelo, and Zandvoort.

Credit: Public Domained the world chess championship on October 3, 1935. It was to be decided by playing 30 games for 6 wins and 15 points. Alekhine won the first game, and the lead swung back and forth over the 30 games. Alekhine was ahead 2 wins by game 4 and by game 9 he was 3 wins ahead. Euwe equalized on game 14 and Alekhine was ahead by 2 on game 19. Euwe caught up and they stayed even until Euwe took the lead on game 25 and he won game 26 to give him a 2 game lead. Alekhine won game 27, but Euwe kept the lead and drew the final game named, “The Pearl of Zandvoort”. It is included in many game collections. Euwe included in his book of world champion games; From Steinitz to Fisher. Euwe won 9 games, Alekhine, 8. They drew 13 games.

This win changed the chess world. Euwe had agreed to give Alekhine a return match in the championship contract. After he won the ’35 match, Euwe agreed to let FIDE organize a tournament to determine the next challenger by a tournament if he won the second match. 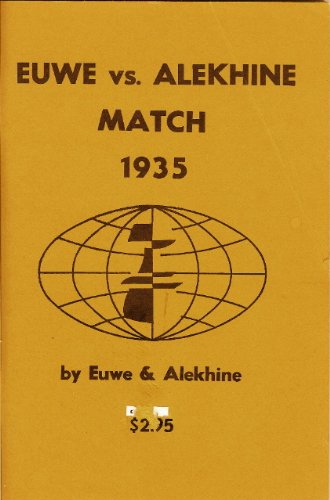 It was played in the Netherlands with the same rules. Eu

Credit: Public Domainwe won the first game of the ’37 match. By game 5 he was ahead 2 to 1. Alekhine won 3 straight and Euwe never recovered. Alekhine won with 10 wins to 4 with 9 draws. When Alekhine died March 24, 1946, FIDE took over the chess championship. Those close to Euwe during the match thought he lost the ’37 match because the pressure caused his nerves to get the better of him. 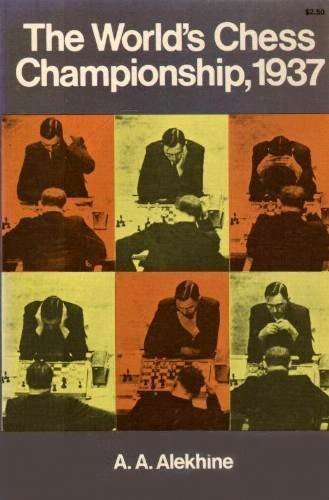 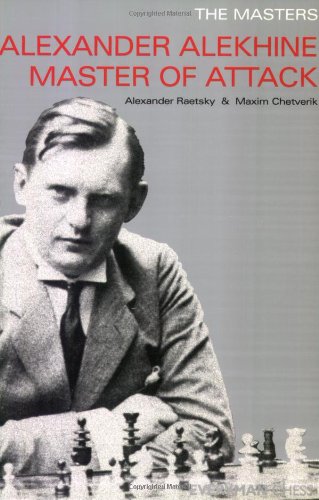 Alexander Alekhine is considered among the top 10 – 15 chess players ever. Some consider Euwe lucky, at best, to have defeated him for the championship. Some thought Alekhine lost because he drank too much. Salo Flohr thought Alekhine was over confident, and, before the match, bragged Euwe would be a pushover.

Euwe analyzed Alekine’s games, and felt Alekhine’s wins came from advantages gained in the opening phase. If Alekhine didn’t have an advantage going into the middle game, he was more likely to lose. Euwe worked on openings to be able to outplay Alekhine in that phase. Former world champion Garry Kasparov feels the games are worthy of a world champion.

Euwe won a series of tournaments before the match and regarded among the strongest players in the world. He was a 21 time winner of the Dutch championship. He won his first in 1921, and the last in 1955.

W. H. Watts described Euwe’s play in the Introduction to the Book of the Nottingham International Chess Tournament. “Euwe is the essence of caution. To win the world's championship and to secure a place only half a point behind the winner on caution alone is impossible, there must be depth and imagination, but the outstanding impression to be gained from his games is caution and dogged perseverance.”

Alekhine has a better lifetime record than Euwe for their games played. Alekhine won 26, lost 20 and drew 38 for a total of 86 games. They were evenly matched between 1925 through 1935.  Some were played when Euwe was young, and some when Alekhine was close to the end of his prime. Estimates of their comparative strength at the time of the 1935 match can be estimated to within a hundred points of each other at the time of the first match. Alekhine had the higher rating but they would be close enough for either player to win with a slight advantage to Alekhine.

Euwe was a true amateur. He had a family and considered his teaching more important that his chess. He worked as long as he could before playing in a tournament. He went in cold, without preparation, against players that studied and prepared for the games. He had another trait of an amateur. He occasionally blundered. This gave the impression he wasn’t world champion caliber. Some players felt his modesty didn’t help his play. He was a true amateur and worthy world chess champion. 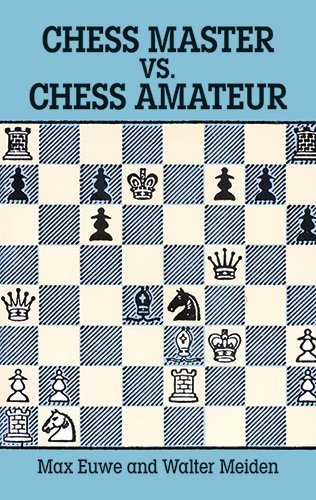 Euwe was Fide president during the Fischer-Spassky match. He worked and negotiated with the participants in an attempt to insure the match took place. During his term he worked to expand chess throughout the world and spread its reach.