JadeDragon can help you build a permanant full time income from your online efforts. Â Read his InnovativeÂ Passive Income blogÂ to learn more.Â
InfoBarrel is a writing platform for non-fiction, reference-based, informative content. Opinions expressed by InfoBarrel writers are their own.
InfoBarrel > Entertainment > Film > Television

If you have preschoolers around the house, you've likely been exposed to two anthropomorphized little bunnies called Max and Ruby... Ruby and Max as the song goes. The animated rodents exist in a human like world of fluffiness and abandon that makes thinking people shutter.  Max and Ruby exist on screen, in books, and in downloadable videos.  Consider these scary facts about the bunnyhood.

At three-years old little anthropomorphized bunny Max should be able to put together full sentences and explain himself but he usually just utters a single confusing word that causes all kind of misunderstanding and trouble.  We should not discriminate against stupid little Max but we should really get him the professional help he needs, and soon, so he can lead a more normal bunny life.

Rabbits also mature faster than humans and in the natural world Max might a grandfather already, yet he struggles to communicate.  My 2.5 year old daughter is very clear what she wants and has no issues expressing herself.  Have you ever met a three-year old with such an inability to communicate?  Me either.

Perhaps Max and Ruby are actually bunny orphans, victims of the notoriously high rate of

bunny mortality.  Maybe the parents watch the children via networked cameras, or maybe, and most likely since no one in the bunnyhood has bothered to take these animated virtual orphans in, the missing parents are just plain neglectful. Call bunny child services because Max and Ruby's parents are AWOL.  They are never seen on screen, heard in the background, or spoken of.  Where is everybunny that is an adult in the house anyway?  We can assume that at one point there were parents for Max and Ruby, at least 3 years back, because in one scene Max was playing zipline in the house and he sailed past a photo or painting of Max and Ruby and a man and a woman on the wall, but where are the parents now?  These bunnies are even alone at Christmas! Pure neglected bunnies.

Ruby takes her little brother Max all over town without adult supervision.  Most modern parents would not let a 7 year-old walk to the bus stop unsupervised, but Ruby has been filmed at the carnival, snow sledding, going to the candy store, driving her toy car on the streets, and wandering off to Grandma's house all with only her little brother as an escort.

While there seems to be plenty of adult sized dress-up clothing from the absent bunny parent's closets, the kids wear the same clothing over half the time.  Perhaps the parents have no imagination and bought a whole series of identical outfits, or perhaps the kids need free clothing vouchers from the Sally Ann. At least when it snowed one day Max, Ruby and friends all had snowsuits to play in, so they are not going to freeze from lack of clothing but they do seem to need some new threads.

On several occasions the fur kids have made it to Candy's Candy Store where Ruby especially has made herself sick on free candy. Turning a candy loving rabbit lose in a candy store is just bad parenting. The sweet "bunny sweets" peddler actually told Ruby she needed to taste all the candy in the shop - a form of "death by chocolate" if there ever was one.

We also know the bunnies like cotton tail candy from the fair, chocolates at picnics, and other sweets like smores at the bunny scout campout.  When do they eat the vegetables from the garden? Normally rabbits like carrots and lettice ... but all this sugar is out of control.

Ruby is a Manipulative Control Freak

In the absence of parent rabbits, Ruby is excessively controlling of her little brother Max.  She tells him what to do and what not to do and what to think all the time.  She mocks his ideas and frustrates his best laid plans.  While cute, Ruby is going to have a tough time finding anybunny to marry if she does not mend her controlling manipulative ways.

Rabbits have a well deserved reputation as prolific breeders.  Female (doe) rabbits are ready to

breed at about 6 months old and male (buck) rabbits are ready to do the nasty at 7 months. A female rabbit can get pregnant again within 24 hours of giving birth and in only 30 days give another litter of between 4 and 12 kits (baby rabbits).  With this life cycle one doe in a single breeding season can have up to 800 children, grandchildren and great-grandchildren.

This all makes one wonder why there are not more brothers and sisters for Max and Ruby.  What about Aunts and Uncles, cousins, grand-cousins, half brothers and quarter sisters?  Where exactly is the rest of the missing family?  Maybe they all hang out with the absent parents of Ruby and Max.

Max and Ruby have an amazing selection of toys and yet Max never wants to share his toys with anyone.  Ruby is very brand conscious, always referring to Max's toys by the full brand name - it is not just an ambulance it is a "Rescue Ranger Super Fast Ambulance" (or whatever).  This ties in with the merchandising empire the series creators have built around the Max and Ruby brand.

If your kid really loves Max and Ruby, and you are willing to accept the evil that permeates the brand, there are over 650 Max and Ruby products on Amazon that feature the most adorable bunnies on television.  There are Max and Ruby toys, books, pajamas, CDs, backpacks and more to amuse your toddler with and allow them to play along with the TV show.

Max and Ruby present many serious ethical, moral, nutritional and logical challenges.  Should we really be immersing our children in this seemingly innocent but deeply disturbing rabbit fantasy world of dysfunction?

You sure could use a new suit - no kidding! 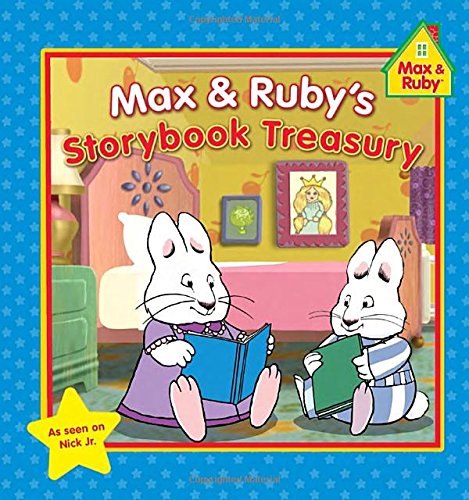