Alexandria Ingham is a full-time writer. She predominantly ghostwrites for private clients on various topics, including technology, business and weight loss. She owns Student Survival Tips, which offers practical tips for students going to, at or just graduating from university. You can find out more about her at her website.
InfoBarrel is a writing platform for non-fiction, reference-based, informative content. Opinions expressed by InfoBarrel writers are their own.
InfoBarrel > Lifestyle > Family > Parenting

You may already know whether you have one of the more popular baby girl names of 2013 so far. The question is whether you know what your daughter’s name means? If you’re expecting a girl, you’re likely trying to come up with name ideas and knowing the meanings can really help with that. The meaning can help instil strength into your child and help her become the daughter you have always pictured.

Here are the tip 5 baby girl names in 2013 so far and their meanings.

Does the meaning of your baby girl's name mean anything for her personality?

In Hebrew, the name Ava means life or breathe. There are different variations of the spelling, including Eve and Eva. It is a name that used to be extremely popular in Germany but also has links in Afghanistan, where the name means voice.

One of the variations, Eva, is the name of a very famous woman: Eva Person. Eva Peron was the second wife of Colonel Juan Peron, who was president of Argentina between 1946 and 1955 and then between 1973 and 1974.

Ava was given to the name of a nun in the 9th century, who was later made a saint. Saint Ava was cured of blindness by St. Rainfredis.

The actual meaning for this will depend on the language that it is being derived from. When taken from the Latin, it is derived from Oliva, which means “olive tree.” However, there is an English origin, which means “Elf Army.”

The name became popular throughout England after the use of it in the Twelfth Night by William Shakespeare. Where he got the name from is unknown. It is possibly a female version of Oliver. Another speculation is that Shakespeare took the name from the word olive.

The name didn’t really become widely used until the 18th century but it was the latter half of the 20th century that England really started to use it for baby girls. In the United States, the TV show The Waltons in the 1970s made the name popular and it has reached number four for the past few years. It is number one in Canada!

A Book to Help You Decide on Your Baby Girl's Name 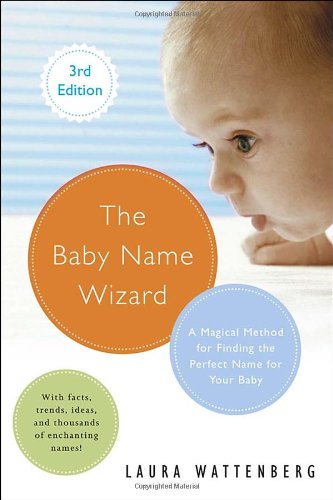 The Baby Name Wizard, Revised 3rd Edition: A Magical Method for Finding the Perfect Name for Your BabyAmazon Price: $14.99 $7.61 Buy Now(price as of Aug 10, 2013)
Find the perfect name for your baby with the Baby Name Wizard by Laura Wattenburg. It uses computer generation and research to help you find something that offers everything you want for your daughter's name.

Isabella is a name that is popular in countries like Italy and Spain but it’s origin is Hebrew. It literally means “My God is a vow”. Many queens throughout history have been named Isabella; one of the most famous was Isabella of Castile, who was Catherine of Aragon’s mother (Henry VIII’s first wife).

Isabella was also the name given to Edward II of England’s wife. Edward II is the king known for his lack of leadership. Queen Isabelle led to Edward being overthrown by their son for the sake of the country.

There are many variations of the name, including Isabel, Isabelle and even Elizabeth! Some of the nicknames include Izzy and Bella.

Did you pick one of the popular baby girl names of 2013 so far?

The name Emma was originally Germanic and a shorter form for those names that began with ermen, which means universal or whole. It was brought to England when Emma of Normandy came to the country, who was the mother of Edward the Confessor. It is also the name of an Austrian saint from the 11th century, sometimes written as Hemma.

Emma has been on the top 10 list for baby girl names for a long time now. It has a timeless sound and is suitable for all ages. Depending on dialects, it can sometimes be pronounced as “Imma”. This is more common in some of the more northern parts of Scotland.

One of the most famous uses of the name was by Jane Austen in her novel with the same name. It was used in the poem Henry and Emma by Matthew Prior in 1709.

Number 1 on the top 5 baby girl names in 2013 so far is Sophia. This is a name with various spellings, including Sofia, Sophie, Sofie and Sophy. It is a Greek name originally, with the meaning of wisdom and was brought to England when George I of England came to the throne. Sophia was supposed to be Queen Consort of England but she died shortly before the death of Queen Anne; the last Stuart Queen.

There are stories and myths about a saint who died after her daughters were martyred. However, these stories likely came from the Hagia Sophia, which means holy wisdom, and was a large basilica in Constantinople. There were many misunderstandings of the phrase Hagia Sophia during the medieval times.

It has been in the top 10 names for baby girls for a few years now and reached the top spot in 2010, overtaking Isabella, which was number one at the time. The year before (2008), Isabelle wasn’t even in the top 5!

Interestingly enough, the top 5 baby names for girls have been virtually the same over the last few years (2009 onwards). There has been the odd slip from a couple but they have always been somewhere in the top 10. It shows how timeless the names are. This may help you with your decision for your bundle of joy—or it may give you names to stay away from because they are too popular!