Season 1 Episode 6 - "Where No One Has Gone Before"

Way back in the late '80s this episode aired, it caught my attention and easily flared the imagination.  A little mishandling of the warp field equations results in a gargantuan leap of distance, the Enterprise and her crew find themselves in the absolute boonies of space.

The pervading feeling throughout this episode being that possibilities are limited only by imagination.  As we are all assuredly aware, few limitations are imposed on one's ability to dream and ask 'What if?'

I am quite certain everyone will glean a fresh new meaning from this one, though arguably one of the more memorable episodes for me as I'm sure many others as well.

Most likely not an overwhelming favorite for the true TNG fan, though I gauge a winner on its 'I'll watch it more than once' factor.  Genuinely entertaining and thought provoking as to who exactly were these beings possessing technological abilities to construct a facade on such an environmentally hostile planet.  More compelling than that, their compassion for Colonel S. Ritchie and his well-being.

Everyone's favorite TNG character, Q, makes another appearance and as a result of Picard's supposed arrogance, the Enterprise is flung a vast distance to receive a serving of humble pie.  After ordering an all stop and determining location, it's realized it'll require a matter of years in order to return home.  Daunting, yes.  Let's hang around for a bit and take a look, after all, we're explorers.  Ship on an intercept course?  On screen.  Magnify.  WTH!?

The Borg, ruthless, indefatigable cyborgs bent on resource gathering, assimilation, destruction, and moving on to the next target.  This episode is wonderful, here's a taste of what's lurking out there in the distance, you had better start preparing for their eventual arrival, they know about you, and they WILL be coming.

By far this episode is on my list for the sheer hilarity presented in the final minutes of the show.  A brief overview, Q loses his powers as punishment for his tormenting of various beings throughout the universe.  After learning a few valuable lessons in humility, his superiors restore his abilities.

"..I feel like celebrating!"  What better way to do this than manifesting a lively mariachi band, cigars, and beautiful women?  Though I can recall no other episode causing me to laugh, certainly not as heartily as Data will very shortly, in any other but "Déjà Q".

Wesley Crusher's warp bubble experiment goes horribly awry when his mother walks in, a blinding flash of light occurs, Dr. Crusher is gone.  Reality begins to close in on the good doctor, crew members begin to 'disappear', leading her to question her own sanity.

My fascination with this episode centers around the idea that you can be so sure of your surroundings, those within, and the rules governing people's actions, however your perception of your reality is just that, a perception.  A closer look at the patterns prevalent in your surroundings will always yield clues to deeper meaning.

A pulse fired from an alien probe while he's on board a shuttlecraft knocks him out and subsequently imbibes him with astoundingly increasing intelligence.  His skyrocketing IQ drastically improves his performance in all areas and eventually persuades him to link his mind directly to the ship's computer through an interface he develops.

What interests me regarding this episode is whether or not the intelligence was present initially, and the pulse uncovered it, or it was never there to begin with and was bestowed.  Regardless of the outcome of the episode, I believe everyone possesses innate abilities we are completely unaware of.  Continue to challenge yourself and see where it leads.

The Enterprise unknowingly ventures into a temporal anomaly, continually looping them through a set period of time, throughout which they are entirely unaware.  Additionally, at the end of each time loop, the ship is destroyed and all hands are lost.

The concept of déjà vu is prevalent in this episode.  If we apply what happens here, to our own lives, consider the possibility that you're repeating the same monotonous cycle over and over again.  What is required is keeping your attention focused on your surroundings, followed by a drastic life changing actions to get you off that hamster wheel.

Picard is killed by an energy blast severely damaging his artificial heart.  The afterlife is apparently presided over by Q, who proves to a disbelieving Jean-Luc that he is indeed passed on.  Allowing him a chance to go back to a few days prior to the bar fight during his days at the academy, and avoid the initial stabbing incident, thus allowing him to retain his organic heart and live through this future event.

Little does Picard realize, that by playing it safe to avoid the stabbing, the rest of his life plays out much differently.  Q returns him to the future, though he finds that although his post is on the Enterprise, he is a lowly junior officer.  A lifetime of playing it safe kept him from taking chances to get noticed, being considered for higher positions..etc.

Scary as it may be at times, grab those horns of that bull and hang on.  Injury being a possible outcome, a small risk compared to the potential benefits.  At the very least, it'll be an exciting ride. 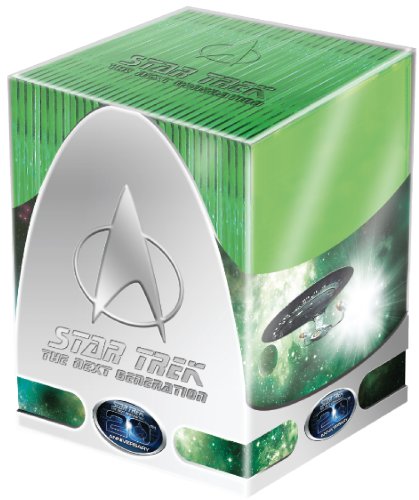