Even Better the Second Time Around

Metro Last Light is the best game I've played this year so far. Granted, I haven't gotten around to playing Bioshock Infinite or Far Cry 3 yet, but I was a big fan of the first game and was not disappointed this time around either. Last Light is a gripping tale of hope, loss, and betrayal. All in your favorite post-apocalyptic Moscow, Russia.

Last Light has a massive graphics improvement over 2033. The blocky and sometimes quite ugly textures and characters are gone and have been replaced with cleaner, more distinguished ones. As the nuclear winter is ending, the environment above ground is drastically changing. Harsh snowy tundra is replaced by watery swamps.

Weapons are another thing that have been vastly improved. Several weapon types are added such as sniper rifles, light machine guns, grenades, Claymores, and several pistols. Customization is a big focus as well. The first game had little, if any available attachments for your weapons. Last Light gives you multiple types of scopes, laser sights, and silencers just to name a few that can be put on almost any weapon. Artyom has three weapon slots that can be used with any main weapon and side arm. If you want, you have the option of putting an AK-47 in each weapon slot with different attachments.

One thing I like about the Metro series is that it lets you play in your own style. You can go for a stealth approach or run in guns-a-blazing. Even then, Last Light allows you to either kill enemies or knock them unconscious Certain enemies such as Librarians and Lurkers make little or no appearances (thank god). While there are several new kinds of creatures such as Shrimp and light-phobic spiders, the combat focus is mainly on human enemies. But be careful. If you kill and play without mercy you may end up with the "bad ending".

The story starts in the military facility D6. The Rangers have set up their base there. News of this has spread throughout the Metro and Hanza, The Soviets, and The 4th Reich all want it for themselves. Khan brings news from the surface, saying he has spotted a surviving Dark One. It's not just any Dark One, but a child that has somehow survived the missile strike at the end of Metro 2033, which is the cannon ending. Miller dispatches a two Ranger team to find and kill it: you, Artyom, and his daughter Anna. This is a great step for the series as Anna is the first main female character as well as Artyom's romantic interest. The mission doesn't go as planned, however, and it leads Artyom on a journey across the Metro.

When I played the game the first time I got the "bad ending". And there is a good reason it's called this: it's just downright depressing. Apparently what happened is I was a little to unforgiving towards the fascist and communist soldiers. I feel a replay coming on in my near future.

Especially if you didn't get the "good ending" the first time around.

A major improvement over the first game. It doesn't rise to the level of Witcher or Crysis, but it's far from the worst I've seen.

The story is largely dependent on the first game, but what do you expect in a sequel? It does however offer more character development than the previous game. Ethical decision-making is always welcome in any game, IMO.

The shooting mechanics are solid. Even more so with a greater variety of weapons and difficulty settings. However the AI is very easily dispatched with stealth. It's a long ways away from Splinter Cell.

Who doesn't enjoy playing in post-apocalyptica? The success of franchises like Walking Dead and Fallout are a testament to this. With a good mix above ground and underground missions and cities with different atmospheres I give this category a 10 out of 10. 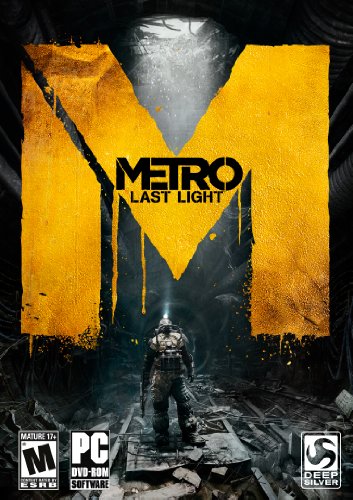