Read 5 Reasons not to give up on Infobarrel if you are a new writer.  signup at Infobarrel and enjoy our wonderful community! If your new online its worth a try. Thanks and enjoy!
InfoBarrel is a writing platform for non-fiction, reference-based, informative content. Opinions expressed by InfoBarrel writers are their own.
InfoBarrel > History > Modern History

Minnie Riperton: Loving You is Easy

Minnie Riperton: There Will Never Be Another

Minnie Riperton was born November 8, 1947 on the Southside of Chicago as the youngest of eight children. She began developing her musical talents about as soon as she could speak and interact with the world. Minnie was destined to share her love and pure musical abilities with the world. Her parents were Daniel and Thelma Riperton financially supported their family of eight children on the salary of a Pullman porter. Although money may have been tight in the Riperton household, they were a musical family and supported their children’s dreams. Daniel and Thelma passionately encouraged, supported and loved their children in every way they possibly could.

As early as three years old, Minnie began her musical journey. She trained as a Modern Dancer and Ballerina. She eventually began to receive classical training at Chicago’s Lincoln Center from Marion Jeffery as a young child. Her vocal coach Marion Jeffery was instrumental in her Artistic development.

She was trained to use the full range of her voice while being prepared for a career in Opera as young as eleven years old. Minnie's five-to-six octaves voice  was amazing. Riperton's ability to sing in the high registers set her apart from most other whistle-register singers.

Marion Jeffery encouraged Riperton to continue her Musical studies at Chicago’s Junior Lyric Opera. Marion was convinced Minnie’s voice, which had extensive range would land her in the most prestigious Musical study programs. Riperton was not interested in pursuing a further career in Opera and classical music. She wanted to pursue a career in Soul and Rock.

She attended Hyde Park High school and took advantage of every opportunity that she could to express herself musically. She continued her musical journey with Hyde Park's  A Capella Choir. During this time Minnie was a growing teenager but also well beyond her years in confidence and knowing how she wanted to life her life.

The talented singer became the lead singer of a local Chicago girl group called , “The Gems”at while she attended High School. The group signed a recording contract at Chess Studios. The Gems recorded a local hit “I Can’t Help Myself.' Minnie was living her dreams of being  a soul singer. Eventually the group began to perform back ground vocals session group known as "Studio Three" and it was during this period that they provided the back ground vocals with featuring acts on the label such a Fontella Bass.

Minnie enrolled at Loop College, but dropped out after only two weeks, her passion was music . Later on she was inducted into the prestigious Zeta Phi Beta Sorority, Incorporated.

Eventually Minnie decided to break from the group to pursue a solo career.After breaking from "The Gems", Riperton continued to work at the label as a solo artist and receptionist. Minnie recorded under the name of Andrea Davis. She continued to lend backup vocals to artist such as Etta James, Chuck Berry, Muddy Waters, Ramsey Lewis, Bo Diddley.

In 1967 Minne joined the "experimental rock soul ensemble" Rotary Connection. The group was considered popular in Jazz and Rock circles and recorded a christmas album, "Peace" (1968) which received national recognition and the Rotary Connection seemed to be moving to the top. "Christmas Love" was the Christmas song of 1968 and 1969.

Minnie was with the Rotary Connection when she met the love of her life, Richard Rudolph. They married and would be the proud and loving parents of two children, Maya and Marc. Minnie was very happy with her family and continued to write music. The international pop hit "Lovin' You" started out as a lullaby for Maya. Much later the names of Marc and Maya would be used in her other songs such as "Love And It's Glory", and "It Wouldn't Matter Where You Are".

Minnie continued to do lots of backup vocal work with such artists as Quincy Jones, and Roberta Flack. Minnie's pure soprano was in demand. Her album "Come To My Garden" was released in 1971 and Minnie would eventually move her and her family to Los Angeles. She sang backup vocals for Stevie Wonder.

Minnie's career began to skyrocket with the release of "Perfect Angel", and "Adventure's In Paradise" in 1974 and 1975. Unfortunately as soon as Minnie began to come into her own as an artist, she had to deliver some tragic news to the world and her fans. Riperton publicly announce that she had been diagnosed with breast cancer and had undergone mastectomy. The world was shocked, her fans were in fear, but she constantly reminded them that she was still alive and going to keep her spiritual faith. This kind attitude towards is the spirit of Riperton. Despite adversity, she continued to pursue her career, devote her time and love to her family and fans. Minnie referred to her illness as an experience. She become a spokesperson for breast cancer.

Minnie was on a mission to get the word to as many people as possible about breast cancer. The American Cancer Society's Courage Award was present to her by then president, Jimmy Carter. Her health continued to decline and in 1979, she lost her battle with cancer and passed away on July 12, 1979. She left a beautiful legacy here, two amazingly talented children Maya Rudolph and Marc Rudolph. Minnie's time with us was short , but she will always be remembered. 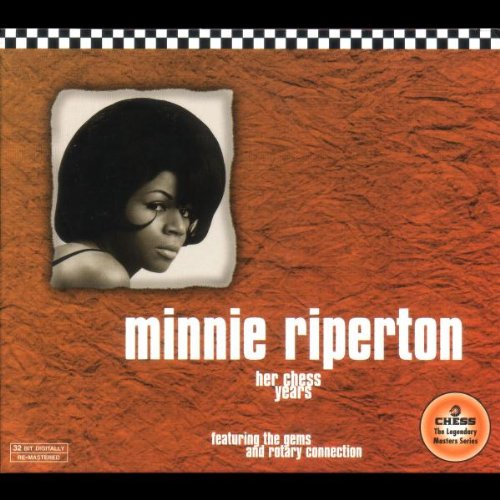 Her Chess Years Amazon Price: $51.98 Buy Now(price as of Dec 13, 2017)
This product was rated a five star and customer sated"Minnie Riperton has one of the most beautiful voices in my opinion, and this CD is a must have if you like her music. This album pays close attention to her 60's work, under the name of Andrea Davis" 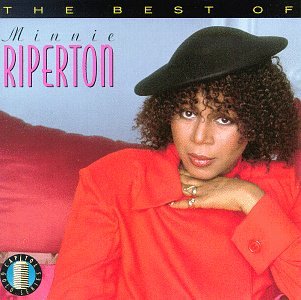 The Best of Minnie Riperton Amazon Price: $6.92 Buy Now(price as of Dec 13, 2017)
Five star product for an amazing value. Minnie Riperton's Best. This would be a great introduction of her work if you are not familiar with Minnie. Customer stated, "Minnie Riperton sings with a sweetness and innocence of an excited child, yet can also turn a phrase in such a way that the listener understands her depth and her maturity." 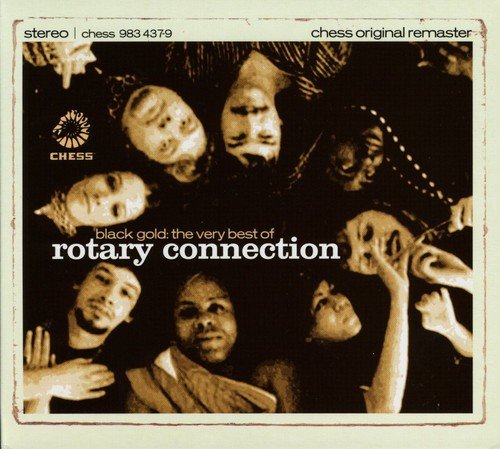 Black Gold: The Very Best Of Rotary Connection Amazon Price: $9.09 Buy Now(price as of Dec 13, 2017)
rated five star, customer stated, "I grew up in the seventies and listening to this album was just like going back in time and listening to the radio again. Psychedelic rock with Minnie in the background doing stuff they use synthesizers for now and a lead singer with the highest falsetto I've ever heard. Smooth, inventive, soft rock, soulmusic; if you like enigma, bliss, travis, etc, you will like this album. Re-discover the wonder that was Rotory Connection and let your mind flow."
Next >> Fashioning a Reign: 90 Years of Style from the Queen's Wardrobe - Magnificent Exhibition at Buckingham Palace