Miracle in Cell No. 7: A Movie Review

Why I Watched The Movie

Most of the posts of my friends in Facebook who watched Miracle in Cell N0. 7 are positive.  They really enjoyed watching this movie and some commented that they cried a lot when they watched it. Curious and puzzled by their posts, I decided to watch it when I got the time.

About Miracle in Cell No. 7

Miracle in Cell No. 7 or A Gift From Room 7 is a South Korean film that was shown last January 24, 2013.  It was directed by Lee Hwan Kyung, produced by Lim Min Sub and distributed by Next Entertainment World. Among the lead stars are Ryu Seung Ryong, Kal So Won and Park Shin Hye. It is a 127 minute film that will bring you laughter and at the same time make you cry when watching. Miracle in Cell No. 7 became the Third Highest Grossing Korean Film of All Time and was awarded as the Most Popular Film at 34th Blue Dragon Film Awards in 2013.

Trailer of the Movie

Ryu Seung Ryong portrays the role of Lee Yong Gu.  He is the mentally handicapped father of Ye Sung.

Kal So Won portrays the role of Ye Sung when she was at the age of 7. She is the daughter of Lee Yong Gu.

Other movies and televisions Kal So Won was included are: The Taste of Money, Take Care of Us Captain, The Secret of Birth and Medical Top Team.

Park Shin Hye portrays the role of Ye Sung when she grew up. She became a lawyer to seek justice for the wrong judgment his father received.

Park Shin Hye also starred in the television dramas like You’re Beautiful, Heartstrings, Flower Boys Next Door and The Heirs.

Jung Jin Young as Jang Min Hwan is the chief guard that hates Lee Yong Gu. His hate vanished when he learned that Lee Yong Gu rescued him from the fire.

The story is about a daughter who seeks justice for her mentally handicapped father who was falsely accused of abduction, sexual assault and murder of a minor and was sentenced to death. 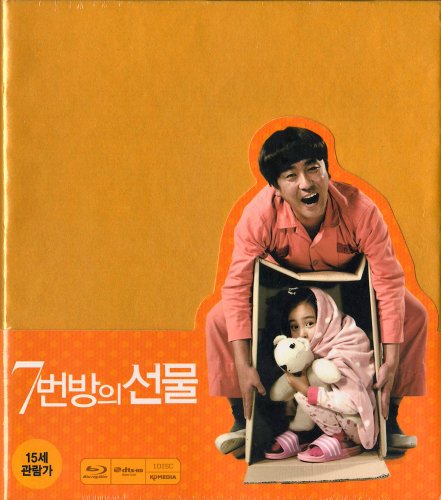 One of my favorite scenes

On this scene Lee Yong Gu is already waving goodbye to all his inmates because this is the day where he is going to be executed. All of his inmates are holding back their tears, they are sad and at the same time they pity the father and the daughter who will no longer see each other.  The child only knows that his father is moving to a faraway place, she did not know that he will no longer see his father.

While walking in the aisle, Lee Yong Gu and Ye-Sung are holding their hands; they stopped and embraced each other.  Lee Yong Gu carries her daughter and hold her tight, when they reached the gate Ye-Sung greeted his father Merry Christmas, Yong Gu hugged Ye Sung tightly while crying and greeted her back and told her to take care.

When he is on his way to the execution, his body dropped on the floor because he was afraid to face his execution and he is also thinking of his daughter.  He heard Ye Sung calling him and ran to her side calling and crying and asking for help and forgiveness because he then realized that he was wrong admitting the crime. Ye Sung not knowing why his father is crying, keeps on asking what is wrong, cried and promised his father to visit him and never get mad at him. They hugged each other tightly while crying.  The chief guard and the guard are holding back their tears looking at the father and daughter.  They pitied Yong Gu and Ye Sung because they cannot do anything and they knew that Yong Gu is innocent. His inmates are also crying in their cell hearing Yong Gu and Ye Sung crying and shouting for help and forgiveness.

I believe Miracle in Cell No. 7 become famous because it touches the heart of many people.  It is a heartwarming film and at the same time a comedy film that you will enjoy watching.  The cast and characters are all effective in making this film a memorable one.  The writers, directors and the producers should be applauded in making this film because nowadays there are only a few films that will touch your heart and you will remember watching.

I think this film is also a reminder to those people who sometimes took advantage of the weaknesses or the disability of some people for their personal interest.  We judge people on their physical appearance and not because of what is inside them. For some people who had a disability, people sometimes make fun of them instead of understanding them. We took advantage of their disability instead of helping them and giving them some love and understanding to fill their emptiness.

Miracle in Cell No. 7 is one of the films I will remember and will not get tired of watching.  So if you haven’t seen this movie or still thinking if you will watch it, I think you should try watching it if you have time and I assure you, your time will not be wasted.  Remember to keep your handkerchief when you watch it because I think you cannot hold back your tears.