I am a retired teacher of English as a second language. I teach on line via Skype, and write on-line articles which reflect my love of travel, language, literature, history and culture. I love writing for InfoBarrel. Why not join me by signing up here: http://www.infobarrel.com/signup.php
InfoBarrel is a writing platform for non-fiction, reference-based, informative content. Opinions expressed by InfoBarrel writers are their own.
InfoBarrel > Lifestyle > Religion & Spirituality > Christianity

The New Testament Gospels recount many miracles that Jesus performed during His ministry.

Some people believe that such miracles are inexplicable events not governed by physical laws, and  that they are only possible because they are of Divine origin.

Other believers think that miracles, while magic, may not be literally true, but are actually metaphors for deeper truths.  Jesus feeding an enormous crowd with nothing but a few loaves of bread and two fish is sometimes explained as a demonstration of the power of sharing13 or as a symbol for spiritual rather than bodily nourishment14.

But there are also those that think that, although miracles may have been a mystery to those who witnessed them, they actually could have logical explanations. Many aspects of modern life, for example, would appear miraculous to someone from a previous age.  How would you explain aeroplanes to an Abyssinian, computers to Carthiginian or Skype to Saxon except by calling them miracles? How would you explain a GPS to someone who thinks the earth is flat?

Credit: By US Government [Public domain], via Wikimedia Commons

For this person, the only logical explanation for instructions coming from unseen satellites mysteriously orbiting the earth somewhere above the clouds would be that they are a miraculous heavenly messages.

The Gospels describe how Jesus healed the sick, gave sight to the blind and hearing to the deaf.

Many non-believers scoff at the possibility of faith healing. And, indeed, the modern day "healer" may often be a con man working for profit or to impress a religious congregation. These imposters have many techniques such as "healing" someone they know is not sick, often placing a shill in the audience.1

In other instances, however, people have witnessed real cures, often by traditional healers who are demonstrably not working for personal gain because they refuse to accept payment.2  The theory is that such cures occur simply because both the healer and the patient expect a positive outcome.

A well known example of modern faith healing is the placebo effect. This is when someone taking "dummy" pills recovers simply because they expect to.  In one spectacular case a patient with severe Parkinson's disease was a test subject in a double blind test of a new Parkinson's drug.  (Double blind tests are designed so that an experimental drug is given to some test subjects and a placebo is given to others. Neither the test subjects nor the people administering the drugs know who gets the active drug).  Following this experiment, the patient made a spectacular recovery. However, analysis of the trial results indicated that the drug was ineffective and it turned out that the patient had actually taken the placebo3. Such incidents have led some to suggest that the important factor in such cases, the faith of the sick person that they will recover, may actually boost the power of the brain to activate the body's immune system response.2

The Gospel of St. John describes how, early in His ministry, Jesus was a guest at a wedding feast. The wine was running out, and Jesus' mother asked Him to help. He instructed the servers to pour water into six large jars and then serve the master of ceremonies. The water had turned into wine which was so good that it earned compliments from the MC.

In Biblical times, although the Gospel accounts mention stone jars, large volumes of wine were generally fermented and stored in large earthenware jars like the ones pictured below4.

Credit: By M.DirgÄ—la (Own work) [Public domain], via Wikimedia Commons Unglazed pottery is actually quite porous so, if such a jar was used for wine storage, a fair amount of wine would leach into the walls of the jar. If water was then poured into an apparently empty earthenware jar, it could conceivably drawn a fair amount of wine out of the porous clay.  Because wine is lighter than water, it would rise to the top and the water would sink to the bottom. This is dramatically demonstrated in the video below: 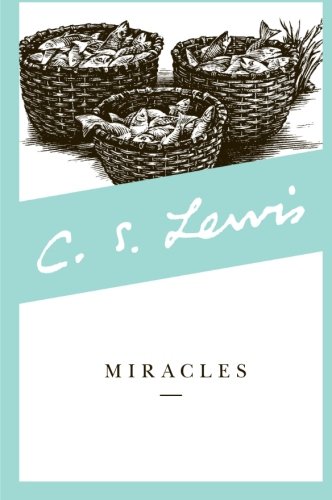 Another possibility is that the wine served at the wedding was actually a boiled, concentrated, non-alcoholic grape syrup which would have been diluted with water before serving. The Jews are reported to have drunk boiled wine, and Aristotle described one type of boiled wine as "so thick that it was necessary to scrape it from the skin bottles in which it was contained and to dissolve the scrapings in water.”5  If boiled wine was indeed being served at the wedding, Jesus could have made additional wine from concentrated syrup scrapings using the method described by Aristotle.

The miracle of Jesus walking on water as described in the gospels of Matthew, Mark and John, appears to be a particularly inexplicable event. The disciples were rowing a boat across Lake Galilee in a strong wind when they saw Jesus walking toward them across the water. They thought they were seeing a ghost, but Jesus told them not to be afraid, and the wind died down when he got into the boat. Matthew also relates that Peter climbed out of the boat and tried to walk over the water to Jesus, but sank into the water and would have drowned if Jesus had not lifted him up.

Psychological studies have demonstrated that memories change over time6. It is also common for stories told from memory to change each time they are passed from one person to another. Given that the Gospels recorded events which had been told and retold many times since they occurred over 50 years previously8, the stories they heard may have become exaggerated or mythologized over time.

Studies of perception and memory have also demonstrated that the brain interprets information it receives based on prior experience, and can easily misinterpret that information. This is clearly demonstrated in the way that optical illusions fool the brain into seeing something that is not there6.

The unaltered photograph below, taken on a bright, sunny day, appears to clearly show a man in Bordeaux, France walking on water, something that our logical mind tells us is impossible. So in trying to make sense of what we are seeing, we could ask many questions. Is it an optical illusion? How deep or shallow is the water? Is the man walking on a feature like rocks or a sandbar hidden just below the surface of the water? How close is the man to the shore?

Credit: By Belshass (Own work) [Public domain], via Wikimedia Commons

Unlike the conditions in this photo, the Gospels report that the miracle occurred on a dark, windy night when it must have been difficult for the disciples to see anything clearly. It has therefore been suggested7 that while the disciples believed they saw Jesus walking on the water that He was in fact walking or wading along the shoreline, or perhaps on a sand bar hidden just below the surface of the water.

As we look at the Bordeaux photo, we could also ask whether the man is actually walking on water or on something else that creates the illusion of being water, like this image of mudflat hikers near Pieterburen in the Netherlands.

It has also been proposed that instead of walking on water Jesus was actually walking on ice. The Middle East may have been much colder in Jesus’ time than it is now, making it possible for temperatures to occasionally fall low enough to freeze lake water.  Perhaps the ice looked like water because cold rain falling onto the frozen lake surface created a shiny wet surface9.

Another interesting theory involves non-Newtonian fluid. These are liquids which become either runnier or thicker when shaken or hit, with those that become thicker acting like solids when subjected to stress10.  One common non-Newtonian fluid is cornstarch paste. Here is an entertaining You Tube video showing how to walk on a mixture of cornstarch and water.

Because the Holy Land is a region subject to frequent earthquakes11,  a quake may have stirred up layers of sediment from the bottom of the lake, temporarily turning the water into non-Newtonian mud.

If you watched the video you will have noticed that when the demonstrators walk quickly and slap the surface of the liquid with the soles of the feet they create resistance and stay on the surface, but when they stop walking they sink. So, if this reflects the conditions on the edge of Lake Galilee, it is possible to imagine that Jesus stayed on the surface of the mud by walking quickly and planting his feet firmly while Peter, who was hesitant and afraid, moved too slowly and sank?12. 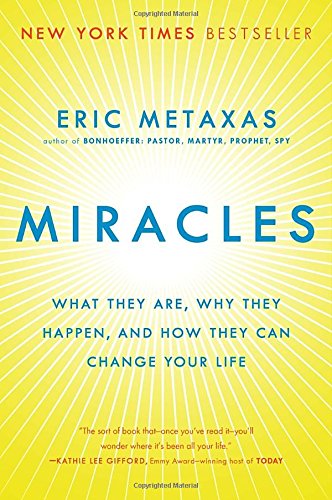 No one will ever truly know whether Jesus actually turned water into wine or whether the story is a metaphor for the joy that faith brings to life. Similarly, we will never know what happened on the Sea of Galilee on a dark, windy night 2000 years ago. Inquiring minds will continue to seek logical explanations for miraculous events, while others will continue to regard miracles such as healing the sick or walking on water as lessons on the importance of faith which require no explanation.